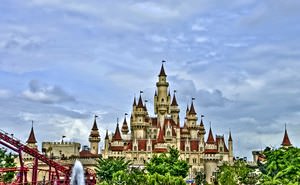 Singapore has absorbed all the Asian centuries-old traditions of the culinary culture. The national cuisine of the island state organically combines gastronomic delights of China, India, Indonesia and even Portugal, although Singapore had long been an English colony. Local residents believe that their country's cuisine is one of the main elements uniting the multinational culture into a single nation - the Singaporeans. Tourists have no problems with enjoying traditional dishes of their native countries (in Singapore there is an abundance of national restaurants of different countries of the world) or trying authentic dishes that are cooked only here on the island. Immigrants from China brought culinary traditions of the nation with them, having enriched national recipes with the taste of local spices.
What you need to know about Singapore prior to visit - advices
1. Planning a trip to Singapore, tourists should be ready to give up the usual chewing gum. Import of the gum into the country is prohibited. 2. It …
Read further
Today, Singaporean cuisine is not complete without such dishes as Shark Fin Soup, Beijing Omelette, Steamed Dumplings and a variety of seafood snacks. Gourmets will appreciate herbal soups cooked twice according to the tradition of culinary experts from the southern Chinese province of Fujian. Rice fried with the addition of delicate spices and Chinese noodles can be tried both in an upscale restaurant and in a roadside cafe. Local Chinese prefer to order large meals and divide them into smaller portions directly during the meal. European tourists will like the taste of Chinese dishes with the local flavor - Carrot Cake, Steamed Rice Pie, fried pork slices in herb sauce, traditional Chicken and Rice.
Indian flavor occupies a significant place in the gastronomic traditions of Singapore. It's hard to imagine a tourist who hasn't tried traditional Indian specialties like Murtabak Pie or tender lamb baked with spices and local seasonings. Spicy Indian curry dishes are often served in restaurants and eateries on bamboo leaves. Vegetarian dishes make up the majority in the menu of Indian cuisine. Each restaurant or cafe offers more than a dozen dishes from rice with various seasonings. Only in Singapore, you can try Asian pizza with minced meat and onions baked in Kashmir spices. One more feature of the Indian tradition is dozens of types of sauces that attract gourmets from all over the world with their sweet and sour taste. Indian bananas and tofu, which are fried directly on the street, are considered the first dessert after a meat course. Tourists should not worry about the quality and safety of food in roadside cafes: Singapore is a country of perfect cleanliness and hygiene. Copyright www.orangesmile.com
What to see and what to visit in Singapore with children
Singapore is an ideal place for a family vacation. High level of comfort for the youngest, safety and excellent service make the country an attractive …
Read further
Experts and connoisseurs of delicious food really need to try such Indian specialties as "Nasi Goreng" and "Roti Prata" to compare their taste in Singapore and in restaurants of their countries. Drinking alcohol during the meal is not customary. Despite the fact that there is no official ban on alcohol in the country, local residents prefer herbal drinks, fruit cocktails, and coffee, which are consumed in large quantities. The abundance of eateries, restaurants, and food stalls never ceases to attract tourists appreciating the quality of products and the unique taste of local food. A paradise for gourmets is not a motto but a calling card of the culinary island. The exquisite island cuisine increases the tourist attractiveness of the country, and that's why the government regularly allocates significant funds for the development of the restaurant business. 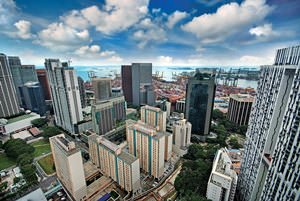 In Singapore, every day there are national cuisine festivals - gourmet holidays with an abundance of delicious food in an atmosphere of good humor. At the same time, the quality of products is very high, which is confirmed by the average life expectancy of local residents - 82 years. Is there a cuisine on the island that can be called truly Singaporean? Yes. This is the Malay culinary tradition. The Malays consider themselves to be indigenous inhabitants of the island. However, the difference in religious traditions has also affected food preferences. A distinctive feature of Malay dishes is coconut milk added to almost every single dish. Thus, the Malays who profess the Hindu faith include in their diet Indian seasonings and traditional dishes with flat cakes, which can be tried in a restaurant. Residents of the island's southern part prefer the Indonesian culinary tradition with lots of herbs and spices. Malay Muslims supplemented Singaporean cuisine with the traditions of Iran and Turkey.
Shopping in Singapore - best shopping places, what to buy?
Singapore is a shopping paradise. That is the main motto of the country's large shopping malls and small shops. In Singapore, it is almost impossible …
Read further
Turkish Coffee in Singapore has a more intense aroma than in Ankara. Of course, the abundance of seafood is not surprising for an island country. Shrimps, crabs, lobsters, all sorts of fish - the mere appearance of all these is impressive. Thousands of cooking recipes evoke a desire to at least try each specialty. However, it is simply impossible to eat everything that even the simplest and cheapest snack bar offers. A widely known is a local national fruit - the famous Durian. Before enjoying exotic delicacies, it's worthwhile to look for a specialized restaurant since this fruit is often prohibited. The reason for this lies in the smell, which can hardly be called well-liked.

This article about national cuisine of Singapore is protected by the copyright law. You can re-use the content, but only under the condition of placement of an active link to www.orangesmile.com.
Singapore guide chapters 1 2 3 4 5 6 7 8 9 10 11 12

Cuisine and restaurants in popular cities of Singapore

Singapore City
Casa Roma is a restaurant dedicated to Italian cuisine, which will become a perfect destination for family rest. Here you can try more than fifteen varieties of pizza and order best Italian wines and desserts. Amici Vicolo restaurant is simply the best place for rest of a big company. The restaurant serves international cuisine. Here you will find equally well prepared Italian pasta, oriental meat dishes, and pastries. Fans of Turkish cuisine are recommended to visit the restaurant named … Read more