National traditions of Samoa. Habits, mentality and the way of living 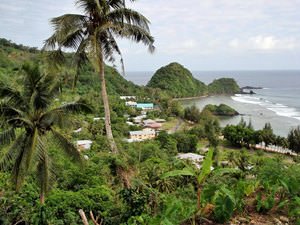 Samoa is an island country in the southern part of the Pacific Ocean. It consists of 10 islands: two main islands (Savai'i and Upolu) and eight smaller islands. Starting from 1997, the official country’s name has been the Independent State of Samoa. The country’s capital – the port city of Apia – is located in the north of Upolu. Samoan is the official language on the islands, but English is widely used in all spheres of life. Local people speak both languages. Samoans, the indigenous people of the islands, make up the majority of the country’s population – 92%. The remaining 8% are Europeans and mixed-race people.
When and where to 'hang out' in Samoa - festivals and celebrations
Besides such well-known holidays as Christmas, Easter, and New Year, Samoa hosts and organizes many different events. These are international sports …
Read further
At the beginning of the 18th century, when Europeans became more skilled naval explorers, the Dutch expedition of Jacob Roggeveen discovered the Samoan territory. Later, such countries as Great Britain, France, and Germany paid their attention to the beneficial location of the islands. In the 19th century, the United States joined the fight for this strategic territory. These powerful countries had their loyalist groups among the indigenous population of Samoa, causing a long civil war in the small island territory. Consequently, Samoa was divided into two parts. The eastern part became a territory of the United States, and the western islands became German Samoa.
In 1914 when Germany was busy on the battlefields of World War I, New Zealand occupied the territory of German Samoa. Renamed as Western Samoa, the group of the islands remained under the new protectorate until 1962. After that, the country became independent. Today, Samoa is mostly famous as an agricultural country and a popular center of tourism. As tourism is an important source of income for the economy of the country, Samoa tries to develop its infrastructure and offer quality accommodation and services for foreign guests. Copyright www.orangesmile.com
For active traveler - national parks, landscapes and nature of Samoa
Samoa consists of several islands, 8 small islands, and two big islands, namely, Upolu and Savaii. The country is located in the south of the Pacific …
Read further
The daily lifestyle of Samoans has some peculiarities that are unique and not available anywhere else. For example, the deceased relatives are buried near their houses, not in some backyard cemetery but close to the house walls. That is why there are no graveyards on the islands. However, it is easy to notice small tombstones, tiny yards with graves, arbors with memorial plates, and even burial chambers with sculptures when taking a walk on local streets. 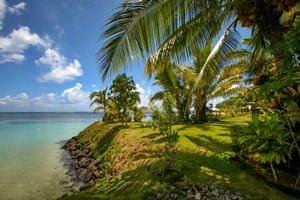 Local people are religious, so it is not rare to see phrases like “religion is the foundation of the country” written on fences. Don’t be surprised – local people are honest and try to follow the commandments of their religion. Roman Catholics and Protestants have the biggest presence on the islands. There are also Mormons and Baha'i. The latter have only seven houses of worship around the world, and one of these houses is located in a neighborhood of the capital of Samoa. Every temple that you might see on your way is always clean and tidy, regardless of the religion that it belongs to. Opposite to this, houses of local people can look quite poor because Samoa is still a developing country.
Samoa sightseeing - top places to visit
The picturesque volcanic archipelago consisting of six islands is a wonderful destination for everyone who likes exploring wild areas untouched by the …
Read further
Foreign guests might notice an interesting fact during their visit to Samoa. During the daytime, when adults in most countries are at work, it is easy to see sleeping children and adults (both men and women) in Samoa. Local people prefer to nap outside, and so each house has a tent, summer arbor, terrace, or simply a tree with a big shade in the yard. The majority of local people are farmers who live in simple wooden houses, and neighbors can see everything that happens in the backyards. People residing in towns also take a nap at noon. They can use any comfortable place for this, such as a bench in a park, waterfront, shop tent, etc. 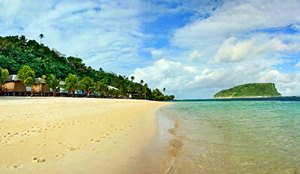 Apia is the capital of Samoa. It is also the largest and most densely populated city in the country. Other settlements are more like large villages. An interesting fact – there is no mayor and city administration in Apia. The capital is a formation of 37 villages with a total population of 37,000 people. It belongs to the district of Tuamasaga. Roads are good in Apia but there are not many traffic lights, and so traffic jams are inevitable even when there are not many cars. The city looks empty on weekends because almost all venues close. The Head of State of Samoa has an unusual title - O le Ao o le Malo, which can be translated as the chieftain of the government.
National cuisine of Samoa - specialties, recipes and restaurants
Even though the traditional ingredients in the cuisine of Samoa are different from the products used in Europe, the taste of Samoan dishes is easier …
Read further
There are more men than women in Samoa, and this fact has found its reflection in the culture of the islands. In Samoa, there are officially three genders, with fa'afafine being the third one. These are men that are raised as women. The share of fa'afafine in the population of the island is no more than 5%. They are considered neither men nor women. It is the boy’s family that decides who will become a fa'afafine. After that, the boy is grown up as a girl. While sexual intercourse between two men is a taboo in Samoa, relations with fa'afafine are considered normal. 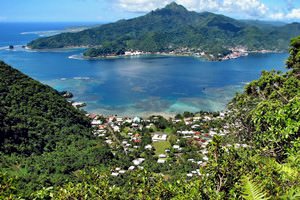 As a rule, fa'afafines entertain tourists; they can also make a boxing career in Oceania countries or participate in transgender people shows in other countries. Fa'afafines often accentuate their sexuality and act in a provocative way contrary to modest Samoan women who are mostly housewives who raise children. That being said, tourists are not obliged to get acquainted with fa'afafines if they feel uncomfortable about this. Besides that, local culture is pleasant and easy-to-understand.

This article about national traditions in Samoa is protected by the copyright law. You can re-use the content, but only under the condition of placement of an active link to www.orangesmile.com.
Samoa guide chapters 1 2 3 4 5 6 7 8 9 10
Country maps

Famous sites of Samoa in pictures