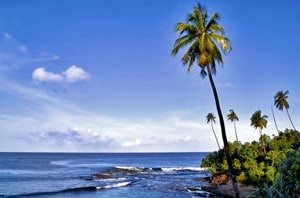 The picturesque volcanic archipelago consisting of six islands is a wonderful destination for everyone who likes exploring wild areas untouched by the human, admire gorgeous mountains that reach azure skies, and relax at secluded beaches. Here, tourists can get to the top of a volcano, get acquainted with the lifestyle of islanders, try exotic local cuisine, and admire historic landmarks of the colonial period.
Things to do in Samoa - active leisure
Sport is popular in Samoa. Local people are particularly fond of rugby, basketball, volleyball, and billiards – they dedicate much time to these …
Read further
As scientists think, first settlers appeared on the Samoan Islands already in the 5th century. The Lapita people were the original inhabitants of the area. However, some archaeological findings suggest that there were people before the Lapita on the islands. Nowadays, the archipelago is considered the birthplace of the inimitable Polynesian culture. There is very little information about the islands until the period of European colonization. Famous Dutch explorer Jacob Roggeveen was the first discoverer of Samoa. His crew reached the island in 1722.
First European migrants started appearing on the islands only at the beginning of the 19th century. For many years, hostile indigenous tribes fought with colonizers from France, the United Kingdom, Germany, and the United States. In 1899, the United States and Germany established their reign on the islands, dividing their territory into two parts. Everything changed in 1914 when New Zealand’s troops suddenly entered the archipelago. New Zealand easily conquered the island country. Samoa managed to regain its independence only in 1962. Copyright www.orangesmile.com
What you need to know about Samoa prior to visit - advices
1. The rescue service telephone number is the same for police, firefighters, ambulance, etc. – 999. 2. Samoa is a religious country. The majority …
Read further
Nowadays, the picturesque city of Apia is the capital of the independent country. It is situated in a bay with the same name. This is an attractive and modern city with many high-quality hotels, restaurants, and entertainment centers. For tourists, it is also very interesting to visit the historic district of Malinuu. It is very comfortable to explore it on foot. Among the most notable historic landmarks, it is important to mention the attractive parliament building and the old observatory that is now the office of the local weather station. There are also numerous small markets where visitors can buy quality souvenirs and national delicacies close to the historic district. 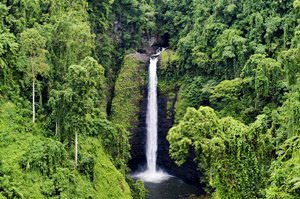 Does it sound appealing to get acquainted with the culture and traditions of islanders? Then simply head to Upolu Island that is famous not only for its natural beauty but also for its artisan and cultural centers. There are art centers in different parts of the country. Visitors can look at gorgeous and skillfully made paintings and other artworks and buy the items they like. Stevenson Museum remains the most visited cultural venue on Upolu. The venue features a rich collection of books. Once the excursion is over, guests can head to the Paradise Beach that is suitable not only for beach recreation but also scuba diving.
What to see and what to visit in Samoa with children
What destinations should tourists with children choose in Samoa? Isn’t this country too hot for children? Is it safe to visit Samoa, are there wild …
Read further
Savai’i is one of the least populated islands of the archipelago. This is an excellent destination for admiring beautiful nature and relaxing in a secluded atmosphere. This island is rich in wild beaches that border with pristine tropical forests. Together with a guide, tourists can look at all signature natural landmarks of the island, such as Mu Pagoa Waterfall, Letui Caves, and the Pulemelei mound (or Tia Seu Ancient Mound). 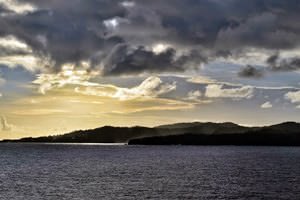 The small island of Manono is not deprived of its own attractive peculiarities. This island doesn’t have any kind of transport, and this fact helps to maintain high environmental index and amazing tranquility. Just like many centuries ago, local people live in traditional fale houses and mostly do different crafts. As the island is small, it is comfortable to explore it on foot. Its coastline has many charming wild beaches.
Shopping in Samoa - best shopping places, what to buy?
Samoa is a small country in the center of the southern part of the Pacific Ocean. It is not easy to reach it simply because you need to take a …
Read further
Apolima is the least populated and least visited island in Samoa. This is literally a petrified volcano crater. There is only one village in Apolima with approximately 150 residents. If you have always dreamt of staying in a remote place in complete isolation, this is a real chance to make that dream come true. The island offers unique landscapes of volcanic origin. 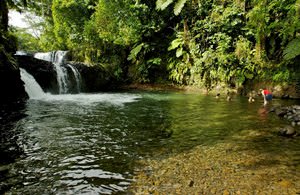 Apia, the capital of the country, is the largest port in Samoa. The city’s port regularly accepts ships from the United Kingdom, New Zealand, and Fiji. Australia and New Zealand have regular air connection with Samoa – local air carriers Air New Zealand and Virgin Blue offer flights to the islands. There are also direct flights to the islands from Guam and the United States (Lost Angeles Airport). The flight from the U.S. is considered the cheapest way to reach the island country. Some tourists prefer to fly to Nadi Airport in Fiji and then take a ship to Samoa.

This article about iconic landmarks and sights of Samoa is protected by the copyright law. You can re-use the content, but only under the condition of placement of an active link to www.orangesmile.com.
Samoa guide chapters 1 2 3 4 5 6 7 8 9 10
Country maps