Family holidays with children in Nicaragua - attractions and entertainment 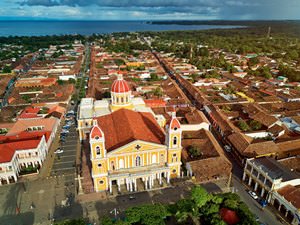 Can travelers visit Nicaragua with their children and how safe is this? What destinations are the most suitable, and what month is the best? Nicaragua is still an undiscovered destination for the mainstream traveler. Political unrest and civil conflicts that emerged in the country in the past made Nicaragua not very popular with foreign guests. Nowadays, this is a peaceful country as all riots and demonstrations are in the past. The country’s president, Daniel Ortega, makes efforts to turn the country into a popular tourist destination. Nicaragua has much to offer to its visitors. Even though local people aren’t rich, they are friendly and try to make their country a peaceful place.
National cuisine of Nicaragua - specialties, recipes and restaurants
Nicaragua is a country in Central America that is located between the Pacific Ocean and the Caribbean Sea. The traditional Nicaraguan cuisine includes …
Read further
Nicaragua is a relatively safe country. Some scary stories that one might find on the Internet are usually old or simply reflect someone’s personal negative experience. In general, Nicaragua is safer than most neighboring countries, perhaps, except for Costa Rica. That being said, tourists still need to be attentive and shouldn’t display their expensive smartphones, fine jewelry, and large sums of cash. The weather is always warm in Nicaragua. During the period from May to October (local winter), the temperature is around +28°C. Heavy rains are normal for this time of the year. The period from October to April (local summer) mostly has dry weather and hot temperature of +30°C and higher.
It is possible to enjoy a vacation with children in Nicaragua, but it will be harder if your children are small. There are goods for babies in the country but it lacks children’s infrastructure. Parents with older children can try many exciting activities like excursions and volcano explorations. Managua is the capital of the country. The major tourist cities are the following: Granada, Leon, San Juan Del Sur, Ometepe Island. The Pacific coast has the best beaches in the country, and the Caribbean coast is not very popular. It is hard to find amusements for children such as playgrounds and amusement parks in small towns. There might be something in the central park or the biggest supermarket but this infrastructure for children can hardly attract foreign guests. Besides kindergarten, Nicaraguan children spend most of their time with family members. They mostly play with their brothers and sisters and know very little about the modern infrastructure for children. Copyright www.orangesmile.com
National traditions and mentality of people in Nicaragua
Nicaragua is a country in Central America that borders with Costa Rica in the south and Honduras in the north. There are not many tourists from Europe …
Read further
When choosing a city for the main stay in Nicaragua, pay your attention to Granada. This is not only a popular tourist center but also a clean, attractive, and cozy city. The population of Granada is 90 thousand people, but it is considered big in the country. There are many tourists from all over the world here. Elderly people from North America often spend several months in this hospitable Nicaraguan city. There are hotels and guest houses for any taste and budget. 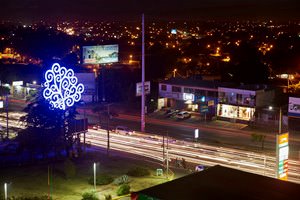 It is hard to feel sad in Granada because the city’s houses are painted in different colors – green, blue, yellow, and pink. Horse-driven carts offer to take a ride, and children usually like this activity very much. This is a vibrant city with clean streets. Granada is a popular tourist destination, and so local hotels have higher rates than in other cities of the country. Here are some hotels with family rooms or babysitting services: Real la Merced (located in the historic city center, the distance to the Central Park is 5 minutes) and Granada Boutique (close to the park, offers horse-riding excursions, car and bicycle rental).
Nicaragua cultural sights. What to see?
The Pacific Ocean, Caribbean Sea, lakes, tropical forests, and volcanoes – these are the best attractions in Nicaragua. Nevertheless, it is still …
Read further
Granada is a comfortable starting point for excursions. This region is not deprived of beaches but local beaches aren’t at the Pacific Ocean coast (the ocean is far away). As Granada stands on the shore of Lake Nicaragua, there are lakeside beaches here. Children usually enjoy visiting Casa del Chocolate or the House of Chocolate. This is a popular shop that makes its own chocolate, and visitors can see how the popular dessert is produced. It is very interesting to watch how chocolate bars are made. Visit the active Masaya Volcano that is located not far from Granada. A visit to this attraction is a unique opportunity to see lava lake eruptions – a truly mesmerizing view. It is more comfortable to reach the crater by car – there are no buses to the volcano and walking in the area is prohibited. Dedicate one day to Ometepe Island and its two volcanoes. That being said, one day is not enough to explore this beautiful area, and so many tourists decide to sleep on the island. The biggest town on Ometepe – Moyogalpa – has multiple hotels. 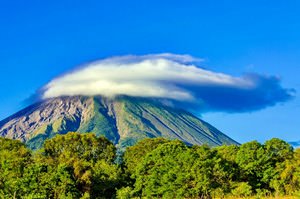 Leon is another suitable city for vacationers with children. Gorgeous beaches of the Pacific Ocean are suitable for family recreation. The city itself is suitable for peaceful strolls. There are many quality dining options in Leon including numerous small cafes and restaurants. Local supermarkets sell food and goods for children. Simply pick a hotel and think of a suitable vehicle. As a rule, quality and the most popular hotels in Leon are concentrated in two parts of the city – the historic city center and the neighborhood. The latter have developed infrastructure and own swimming pools. The price is almost the same – hostels usually cost $5 - $15 per night, and hotels cost $25 - $55 per night.
Things to do in Nicaragua - active leisure
Nicaragua is located in Central America between the Pacific Ocean and the Caribbean Sea. The country has a tropical climate. People tolerate hot …
Read further
If you do not plan to travel to different locations in Nicaragua, taxi is the best choice to get around. When it comes to making intercity rides, it is better to rent a car in this case. Many hotels have car rental services. It is better to make a reservation in advance. There are no railroads in Nicaragua, and buses are not always comfortable. Moreover, local public transport works in the daytime only. Minibuses are too crowded and usually not suitable for small children. Tourists can always rent a car in Managua. As a rule, foreign guests arrive at the capital’s airport, Augusto Cesar Sandino International Airport. It is possible to rent a car right at the airport and continue your journey with comfort.

This article about vactions in Nicaragua with children is protected by the copyright law. You can re-use the content, but only under the condition of placement of an active link to www.orangesmile.com.
Nicaragua guide chapters 1 2 3 4 5 6 7 8 9 10