Cultural sightseeing in Nicaragua. What to visit - museums, temples, castles and palaces 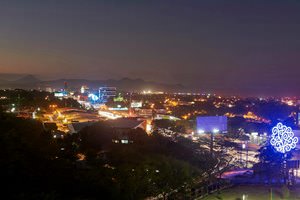 The Pacific Ocean, Caribbean Sea, lakes, tropical forests, and volcanoes – these are the best attractions in Nicaragua. Nevertheless, it is still worth exploring the country’s capital, Managua, after arrival. Take a stroll on local streets, visit local parks, and head to the historic city center – the Republic Square (also known as the Revolution Square). Here, you will see many beautiful buildings such as the National Palace and the Cathedral. A monument dedicated to famous poet Ruben Dario and a theatre named after him are located nearby. Don’t miss an opportunity to visit Museo Huellas de Acahualinca. This museum exhibits many unique items including the petrified footprints of humans and animals that were trying to escape a volcano eruption. The age of these footprints is more than 6,000 years.
National cuisine of Nicaragua - specialties, recipes and restaurants
Nicaragua is a country in Central America that is located between the Pacific Ocean and the Caribbean Sea. The traditional Nicaraguan cuisine includes …
Read further
To the south of the capital, several kilometers away from Masaya, tourists can visit a volcano with the same name. Include a visit to this attraction into your vacation plan – you will not regret it. The volcano is visible from the lakeshore in a town park. By the way, the lake is also called Masaya. The settlement is small, and so are local buildings. Big houses cannot survive in earthquakes that happen here every 10-20 years. However, the earthquake is not the most dangerous disaster that can happen here. Volcano eruptions are more frequent.
In Nicaragua, tourists can try something terrific – they can go to an observation deck installed at the top of a volcano crater and look down to see the boiling lava. In order not to get poisoned by volcanic gases, there is a strict limit for staying at the deck – 5 minutes at max. Tourists can visit the public park, tourist market, guitar shop, Fortaleza El Coyotepe, but nothing can still complete with Parque Nacional Volcán Masaya, a national park with an active volcano. Copyright www.orangesmile.com
National traditions and mentality of people in Nicaragua
Nicaragua is a country in Central America that borders with Costa Rica in the south and Honduras in the north. There are not many tourists from Europe …
Read further
It takes approximately one hour to get to Masaya from UCA Microbus Terminal in the capital. After that, get on a bus to the national park and you will be there in 10 minutes. It is prohibited to walk in the park, and so tourists can get around only in a car or bus. Local buses are very cheap but it is more comfortable to rent a car right after the arrival to Managua or Granada. Local roads are in good condition, and there are almost no traffic jams in Nicaragua, so tourists shouldn’t have any problems. 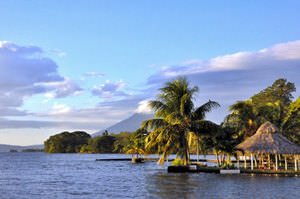 Granada, a popular tourist city in Nicaragua, was founded in 1524. This is the oldest city in Central America. In Granada, visitors will find white sculptures in parks and squares, straight streets, beautiful and colorful houses, tiled roofs, and a cathedral in the city center. Colonial architecture is still dominant in the historic center, and so it feels like you are in some typical European town and not in Central America. Iglesia La Merced is a popular tourist attraction in Granada. The church has a tall tower that offers an amazing view of the surroundings. After that, take a stroll on the central streets that all end in Central Park and explore La Calzada Street – the main tourist street in Granada with numerous cafes and shops. The Lake Nicaragua waterfront is also incredibly attractive.
Things to do in Nicaragua - active leisure
Nicaragua is located in Central America between the Pacific Ocean and the Caribbean Sea. The country has a tropical climate. People tolerate hot …
Read further
Lake Nicaragua is very big. It is even sometimes referred to as the Nicaraguan Sea. An interesting fact – sharks live here even though this is a freshwater lake. There is an island in the lake – Ometepe. The island was inhabited yet in the prehistoric period. At different times, Ometepe was home to ethnic groups such as the Chorotega, Aztecs, Incas, and Nicarao – the people who gave the country its current name. The Nicarao people inhabited the region when the Spanish reached America. Ometepe is one of the most visited tourist sites in the country. There are several settlements on the island, and Moyogalpa is the biggest one. There are hotels and restaurants in this town, so tourists can easily find a place to stay on the island longer. 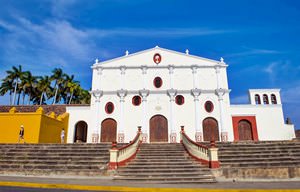 One day is not enough to explore Ometepe because tourists usually want to see the island, visit the town and its museum, learn more about the cultural traditions of this place, and check out the lake in the crater of the Maderas Volcano (1,300m). A visit to the volcano alone takes almost half a day. It is comfortable to explore the area both on foot and in a car. Local people are friendly and are always ready to help tourists. Everyone here wants foreign guests to enjoy their stay on Ometepe and return to this island again in future. It is better not to swim in the big lake. The beach at the ocean coast is more popular.
What you need to know about Nicaragua prior to visit - advices
1. It is better to purchase a local SIM card for Internet access and overseas calls. The rates will be cheaper in this case. Tourists do not need any …
Read further
Montelimar Beach is located to the west of Managua. This is an enchanting coastal area in the Pacific with blue water, white sand, palm trees, and singing birds. There is a hotel that faces the beach. Shops and casinos near the beach are very popular with tourists, but many vacationers visit this area for the sake of the Pacific climate of Central America that is believed to have healing properties. The Corn Islands are another popular beach destination for tourists in Nicaragua. These islands are located in the Caribbean Sea. This destination attracts numerous guests who seek serenity away from urban stress. There are hotels for any taste and budget on the Corn Islands, and fresh seafood makes a vacation here even more pleasant. 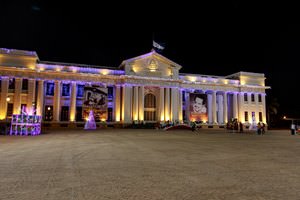 Nicaraguans are friendly with tourists. It is particularly easy to notice this in Granada. For many years, Granada was competing with Leon for the title of the most beautiful city. When Managua was not established yet, the two cities were rivals for the right to become the capital. The competition became so fierce that a war was about to start in the country. After that, local people made a wise decision – they built a new capital between the two cities. To learn the military history of the country, visit local forts and citadels. The Fortress of the Immaculate Conception is one of them. To see local flora and fauna, it is hard to think of a better place than Bosawas.

This article about cultural sites of Nicaragua is protected by the copyright law. You can re-use the content, but only under the condition of placement of an active link to www.orangesmile.com.
Nicaragua guide chapters 1 2 3 4 5 6 7 8 9 10

Cathedrals and basilicas in Nicaragua
♥   Catedral San Pedro, Matagalpa. On the map

Famous sites of culture and history of Nicaragua in photoset