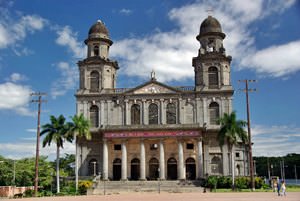 Nicaragua is a country in Central America that is located between the Pacific Ocean and the Caribbean Sea. The traditional Nicaraguan cuisine includes Spanish, Native American, and Creole culinary influences. Add here tropical climate, the popularity of meat among Nicaraguans, and general poverty of the local population and you will understand why local cuisine is relatively simple. However, it still has some peculiarities – local people love oily food. Rice, meat, beans, and yuca are the main ingredients in the local cuisine. Rice is a typical garnish to all dishes. It feels like rice is present in all food in Nicaragua.
For active traveler - national parks, landscapes and nature of Nicaragua
Fans of trekking and camping who are not very demanding for comfort will find many interesting routes in Nicaragua. Beautiful islands and lakes, …
Read further
Nicaraguans like eating and sometimes jokingly call themselves gluttonous. Beverages occupy an important role in the national cuisine. They are always present on the table. Cold-pressed juices, water with lime, or purchased drinks like Pinolillo are very popular with local people. Pinolillo is a powdered drink that consists of corn and cocoa beans. It is affordable and is sold in large packages. To make the drink, simply dilute the powder with water. Local shops sell many fast to make drinks similar to Pinolillo.
Nicaragua is a coffee country. Coffee is largely cultivated here. Here are some of the most popular varieties: Bourbon, Caturra, Pacamara, and Maracaturra. Local people drink much coffee, both ground and instant. Coffee is so popular that there is even a tradition of drinking a cup of coffee before going to bed. Sweet cupcakes and similar desserts taste particularly good with coffee – all sweet tooths, especially children, will be genuinely pleased. People on a diet need to keep in mind that Nicaraguan cupcakes can easily make them gain some weight. Copyright www.orangesmile.com
Nicaragua sightseeing - top places to visit
The country washed by the waters of two oceans can be truly proud of its unique nature and amazing prospects for budget tourism. Year after year, …
Read further
Local desserts are sold right on the streets. There are street vendors with movable carts who sell something similar to ice cream. However, besides being cold and sweet, this product has nothing in common with ice cream. On top of the cart, there are a dozen different bottles with sweet syrups. As a rule, these syrups have a milky or chocolate taste and color, but there are other colors and taste variations. Inside the cart, there is ordinary ice. To make the popular dessert, the seller simply shaves an ice block and then fully covers it with sweet syrups. The final taste of the dessert depends on the syrups chosen because the ice itself is tasteless. Such a dessert might be dangerous for European tourists because no one can tell for sure what kind of water was used to make the ice. Tourists are usually recommended to drink bottled water in Nicaragua. 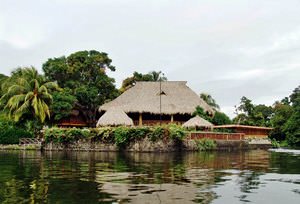 Perhaps, Gallo pinto is the most popular dish in Nicaragua. It has two main ingredients, namely, red beans and rice. All other ingredients (onion, spices, oil, sometimes coconut milk, asparagus, paprika, etc.) can be present in different variations of the dish. Different regions of Nicaragua have their own, slightly different recipes of Gallo pinto. Nacatamal is something like Nicaraguan fast food. The dish has a simple cooking method – finely chopped ingredients (pork or chicken, potato, rice, olives, vegetables) are mixed with something like dough made of cornflour and butter. After that, the uncooked Nacatamal is divided into portions, wrapped in banana leaves, and stewed. The ready dish looks like a roll but banana leaves are not eatable, they are just a packing.
National traditions and mentality of people in Nicaragua
Nicaragua is a country in Central America that borders with Costa Rica in the south and Honduras in the north. There are not many tourists from Europe …
Read further
Chancho con yuca is yuca (also known as cassava) with roasted pork, tomatoes, cabbage, and carrots. Cassava is a vegetable that looks somewhat similar to black carrot when it is raw. Yuca’s taste is similar to potato. This vegetable is very popular. Vigoron, another popular local dish, has similar ingredients with only one exception – it contains fried pork rinds instead of meat. The ready dish is fatty but it is intended to be like this. Granada is believed to be the best place to eat Vigoron. Indio Viejo contains meat, onion, corn, garlic, paprika, and chili pepper. All these ingredients are stewed until they get a soft and creamy structure. The ready Indio Viejo is served with flatbreads. Some foreign guests refrain from trying Indio Viejo because of its look, but give this dish a try – the taste is amazing. 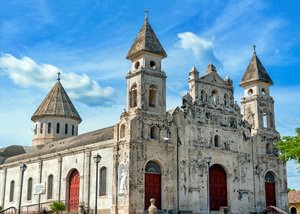 In Nicaragua, banana is not only a sweet dessert but also a popular garnish to fish (Tostones). Fried banana chips (Tajadas) are a popular snack. Small outdoor cafes called fritanga sell well-done roasted meat, cheese, and bananas. It looks like all locals adore Coctel de conchas but tourists might find this dish a bit strange. This cocktail consists of raw seafood placed on a plate and garnished with tomatoes and onion. As the seafood must be fresh, some shellfish might move when it is eaten. Not many foreign guests are ready for this.
Nicaragua cultural sights. What to see?
The Pacific Ocean, Caribbean Sea, lakes, tropical forests, and volcanoes – these are the best attractions in Nicaragua. Nevertheless, it is still …
Read further
In Nicaragua, visitors can try many unique items, for example, turtle eggs. Even though selling them is illegal, it is not hard to find turtle eggs on the market. They are eaten semi-raw. Local people usually make a small hole in the egg, pour lime juice inside, and then drink the egg together with cassava. When it comes to alcoholic drinks, Nicaraguan rum is the best choice. Some even consider it the best rum in the Caribbean. Nicaraguan rum has become internationally famous in the mid-20th century. It received more than a hundred of prestigious awards at different international exhibitions. Nicaraguan rum is a premium drink. It can be aged for up to 25 years and has 38% to 43% AVB. Flor de Cana is one of the most popular rum brands.

This article about national cuisine of Nicaragua is protected by the copyright law. You can re-use the content, but only under the condition of placement of an active link to www.orangesmile.com.
Nicaragua guide chapters 1 2 3 4 5 6 7 8 9 10