Family holidays with children in Netherlands Antilles - attractions and entertainment 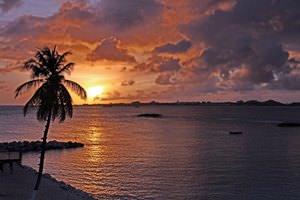 Not only adults but also kids will like vacations on the Netherlands Antilles. There is always something to see. The nature of the islands is very amazing. In normal life, walking along picturesque routes is rarely associated with the positive feedback from kids. However, such activities can cause real enthusiasm on the island. Amazing hiking routes and snow-white beaches with warm and clear water can amaze a child for a long time. Kids will play outdoors and benefit from the sea air. There are many places with the shallow sea where a child can swim, and you can not worry about that.
Netherlands Antilles cultural sights. What to see?
The Netherlands Antilles located in the Caribbean, are becoming more popular each year. This place has a lot of advantages, from natural beauty to low …
Read further
In addition to natural sights, there are many other places on the Antilles where you can go with children. It’s especially true for the central island, Curacao, and the capital of the state, Willemstad. The garden of butterflies has a vast territory, where there are many representatives of different species. Even adults dream to see this place. Children will be able to get positive emotions for life. They will remember visiting this place for many years. Another site where you can spend time and look at animals is an ostrich farm. Here, children will be able to get acquainted with these large birds.
The capital and the whole state have a large number of museums. There is a museum of folk costumes. Its exhibits were collected from all over the world. However, such impressions do not appeal to every child. Parents have to consider whether children will like visiting the museum, or not. In any case, even a simple walk through the capital gives unforgettable impressions. Its architecture is fascinating and buildings are quite fancy. Children love everything beautiful and unusual, so they are usually fond of the place. Copyright www.orangesmile.com
Things to do in Netherlands Antilles - active leisure
The main type of entertainment in the Antilles is active rest. The very location of the state literally indicates what kinds of entertainment are …
Read further
The main entertainment for children and adults in the Antilles are all kinds of carnivals. Each island has its own traditions. For example, the carnival in Curacao begins on the first day of the year. The event lasts for a long time and reaches its culmination in late February or early March when the Grand Parade is taking place. Before the parade, the Tumba festival lasts for four days. Musical bands are used to compete there. The entire period of the carnival is accompanied by a variety of colorful events, including marches, performances of artists and much more. Once in Curacao during the holiday, you will get plenty of ​​unforgettable impressions, just like a child who will like this spectacle. 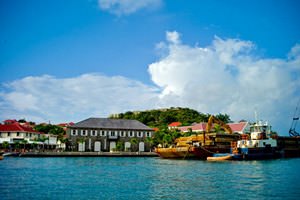 Other islands also have something to please tourists. The carnival at St. Maarten begins a week after Easter and lasts for three weeks, which is also quite a lot. This event has its own unique features, including the ritual burning of King Moumou, personifying a symbol of evil and darkness. A carnival also takes place on Bonaire. It is held at the end of February. At the same time, there is a national holiday, the birthday of the Queen. The latter is so colorful and amazing that people regularly come here not only from other islands but also from other countries. Besides carnivals, there are also masquerades on the islands. They can also impress a child.
What you need to know about Netherlands Antilles prior to visit - advices
1. Despite the fact that the overall crime rate in the Antilles is quite low, tourists have to beware of pickpockets. There are more pickpockets at …
Read further
If you combine all the various festive events that take place at different times on different islands, you can see that entertainment in the Antilles never ceases. There is always a place to go with a child to have a good time. Most importantly, kids will be able to get positive emotions and remain happy. Even if your vacation will last for several months, you can be sure that your child won't get bored. It is important only to listen to kid’s wishes. If today your young one doesn’t want to go to the museum, this does not mean that he does not want to go there tomorrow.

This article about vactions in Netherlands Antilles with children is protected by the copyright law. You can re-use the content, but only under the condition of placement of an active link to www.orangesmile.com.
Netherlands Antilles guide chapters 1 2 3 4 5 6 7 8 9 10 11 12 13 14 15

Willemstad
There are beautiful amusement parks and attractions in the city, among them Adventure City. Entertainment here is absolutely for everyone; there are a lot of carousels of different levels of complexity in the park, playgrounds for the youngest and special attractions for fans of extreme sports. A carting center, an original Ferris wheel, special playgrounds with inflatable attractions and a wonderful cafe - this amusement park has everything you need for a comfortable stay. This amusement park … Read more

Curacao
The resort has a beautiful Curacao Zoo & Nature Reserve, which is located in the territory of a picturesque national reserve. Exotic monkeys, graceful pink flamingos, cute rabbits and bright exotic birds, are only but a small part of the inhabitants of this unusual zoo. Visitors are allowed to take a picture with many of the zoo’s inhabitants. This zoo is quite unlike the regular ones. It is more like a nature reserve in which animals spend time in their natural habitat. The reserve is … Read more

Bonaire
Flamingo Adventure Golf located in Kralendijk is suitable for children’s recreation. It is decorated in the style of pirates, which attracts many tourists, adults and younger people. One of the symbols of Bonaire is a donkey dwelling in hilly plains, as mentioned above. You can also see donkeys in Donkey Sanctuary Bonaire. Here, small tourists can even feed and pet them. You will be really impressed by this sanctuary, so you should certainly visit the place. The Terramar Museum is … Read more

Map of Netherlands Antilles cities for family trip with kids