Cultural sightseeing in Netherlands Antilles. What to visit - museums, temples, castles and palaces 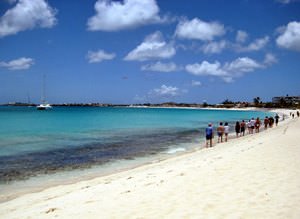 The Netherlands Antilles located in the Caribbean, are becoming more popular each year. This place has a lot of advantages, from natural beauty to low prices. However, it is a mistake to assume that azure water and snow-white beaches are the only things that deserve an attention here. It is an island with a rich history and equally rich culture. There is always something to see if you want to travel and get new impressions.
Shopping in Netherlands Antilles - best shopping places, what to buy?
Despite the fact that the Netherlands Antilles are famous for their natural beauty, white beaches, and clean sea, there is another reason why …
Read further
Even in the tenth century BC, the Antilles were already inhabited. Islands belonged to the Kaketios, who were members of the Arawaks group. These people lived here for 1500 years, until one of the islands, namely St. Maarten, was discovered by Christopher Columbus in the end of the 15th century. Since then, the islands have been actively colonized by the Europeans, even though no deposits of precious materials were found here. Soon, mainly Spanish and Dutch settled there. The Indians were killed by famine or were transported to Haiti. In 1816, all the islands became officially the territory of the Netherlands, which is still reflected in the official name of the state. Before 1863, when slavery was officially abolished, Antilles have been the center of the slave trade throughout the Caribbean.
All these historical moments and changes in the nationalities of local inhabitants could not but affect the islands. There is practically nothing left of the indigenous Indians, but the European culture can be traced very clearly. Moreover, the European architecture occupies a large area of ​​all the islands, as locals liked it. Visiting the Antilles, you can enjoy the natural beauty and manmade attractions. You can find something unique on any island. There will be items that can not be seen elsewhere. Copyright www.orangesmile.com
When and where to 'hang out' in Netherlands Antilles - festivals and celebrations
Colorful festivals and celebrations amaze not only residents of the Netherlands Antilles, but also tourists. There are so many of them here that …
Read further
The capital of the state, Willemstad, is located on the island of Curaçao. It is the largest and most attractive city of the Antilles. Here, you can always have a good time and explore the local attractions. This city literally reflects the diversity of nationalities that lived here before. The Netherlands had the main influence on the architecture. However, there are other architectural monuments. For example, the old Jewish district of Charlo, which houses one of the oldest synagogues in the entire western hemisphere. It is more than three hundred years old and still functions. Besides an amazing capital, there are many other places on Curacao. A spacious garden with a huge number of butterflies, a large ostrich farm, a factory that makes one of the most delicious liqueurs of the entire Caribbean Sea, a marine aquarium and many other places will allow you to get a lot of emotions. 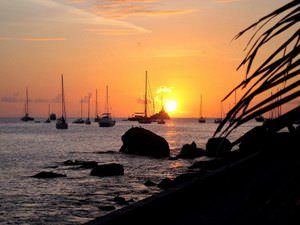 It is a mistake to believe that only Curacao can boast with sights. The island of St. Maarten has an extinct volcano. There are beautiful reefs around Sint-Eustatius island. If you dive, you can inspect the sunken ships. National parks and reserves, which are full of rare species of animals and plants, deserve a special attention. For example, the divi-divi tree grows in the Shete-Boka National park. This tree is the symbol of the whole state. Travelers can watch pink flamingos, white-tailed deer, and exotic birds at any time.
For active traveler - national parks, landscapes and nature of Netherlands Antilles
The main attraction of the Netherlands Antilles is its amazing nature. This feature is peculiar for every island in this state. Most tourists who come …
Read further
In general, it can be noted that the Antilles are able to hit every tourist with their versatility. Natural beauty, amazing architecture, protected places and, of course, white sand beaches wait there. Surprisingly enough, it is possible to visit all these places without spending much. That’s because locals don’t cash in on tourists. However, no one can be sure that this will continue for a long time.

This article about cultural sites of Netherlands Antilles is protected by the copyright law. You can re-use the content, but only under the condition of placement of an active link to www.orangesmile.com.
Netherlands Antilles guide chapters 1 2 3 4 5 6 7 8 9 10 11 12 13 14 15

Famous sites of culture and history of Netherlands Antilles in photoset

Culture and monuments in popular cities of Netherlands Antilles

Willemstad
Vacationers should definitely visit Scharloo quarter where they will find the Mikvé Israel-Emanuel, the oldest synagogue in the Western Hemisphere. Its construction took place in the 17th century. The religious landmark is distinguished by an unusual architectural style. The synagogue witnessed important historical events and has miraculously survived to this day. Nearby is the ancient Beit Chaim cemetery, which is also of great interest from an architectural point of view. A small historical … Read more

Saint Martin
It is worth to stroll along the Republic Street, which is lined with beautiful buildings built in the Creole style. Dutch island's capital is the city of Philipsburg. The courthouse has remained its main attraction for many years. It was built in 1793; it is still standing in its original form. Given that the primary building material was wood, this fact is even more surprising. Next to the courthouse is the Historical Museum, which introduces outstanding events in the island’s life and the … Read more

Curacao
The most famous cultural institution is considered Curacao Museum, which represents a priceless collection of art and antiquities. One of museum’s halls is dedicated to the collection of old paintings, and in the other you can see the beautiful antique furniture. Among those represented in the museum, there are exhibits of antique maps, as well as items of Indian art. An important object of the tour is the Senior winery that all guests of the island try to visit. It produces the Curacao … Read more

Bonaire
In the city, there is also one of the main symbols of the island, famous Fort Orange. Nowadays, it is a place where the port office is located. Near the fort, you can see a beautiful stone lighthouse. You should certainly visit the Bonaire Museum in the territory of the port area. It is dedicated to the history and culture of the island. Its collection includes hundreds of unique exhibits. The oldest town on the island is Rincon. It was founded by Spanish colonizers at the beginning of … Read more