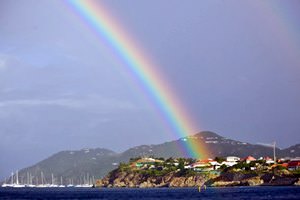 In accordance with the Statute of the Kingdom of the Netherlands, Antilles is the official partner country of the Netherlands within this kingdom. The head of the Antilles is the Queen of the Netherlands. Her official representative on the territory of the islands is the Governor whose candidature is personally confirmed by the Queen herself. It should be noted that since the middle of the last century, it was determined at the legislative level that every part of the kingdom including the Antilles will have its own constitution (internal freedom of action). It will however still obey the laws of the common Kingdom. Also, all issues related to foreign policy and organization of defense will be within the competence of the Netherlands itself.
Shopping in Netherlands Antilles - best shopping places, what to buy?
Despite the fact that the Netherlands Antilles are famous for their natural beauty, white beaches, and clean sea, there is another reason why …
Read further
The executive power is represented by the Governor himself. His work is based on joint activities with the Advisory Council and the Council of Ministers. At the head of the second structure is the Prime Minister. As a rule, the leader of the ruling party or the leader of the coalition party becomes the new Prime Minister of the Antilles. At the same time, there is another niche of internal management on each individual island of the country represented by vice-governors, regional council heads and the regional government. Thanks to a fairly rational distribution of power and relative freedom within each island, the Antilles have been able to refrain from various political discontents over the past few decades. Social surveys show that most islanders like to be part of the Kingdom of the Netherlands while also maintaining their own independence.
Parliament in the country is unicameral. It is called the Legislative Assembly. The Parliament, as one might expect, is engaged in all issues related to internal governance. Members of the Parliament are elected by universal, secret and open voting process. Each newly elected deputy can occupy office for a term of four years. The Parliament consists of twenty-two deputies. The island of Curaçao has the most amount of deputies with a total of fourteen representatives. Three deputies are from the island of Bonaire, another three from the island of St. Martin, and one each from the islands of Saba and Sint Eustatius. After the Parliament passes any law, the bill passes to the government. However, the governor has the final input. Without his signature, no bill can be passed into law. It is also worth mentioning that it is the members of Parliament who choose the cabinet of Ministers. Copyright www.orangesmile.com
When and where to 'hang out' in Netherlands Antilles - festivals and celebrations
Colorful festivals and celebrations amaze not only residents of the Netherlands Antilles, but also tourists. There are so many of them here that …
Read further
The state system of the Antilles is federated. Each island is a separate federation with local self-government. Despite its dependence on the kingdom, various political parties developed over the years can be seen on the territory of the islands. They are not always aimed at preserving local autonomy. The administrative division of the islands was also enshrined in the legislation of the Kingdom. It is part of the partner country of Curaçao, Bonaire, Saba, Sint-Eustatius, and Sint Maarten. The official administrative center of the camp is Willemstad. There is only one official monetary unit on the territory of the Antilles – the Netherlands Antillean guilder. The official language is also recognized as Dutch, although English, Spanish, and also the local ancient dialect, the Papiamento, are quite widespread. 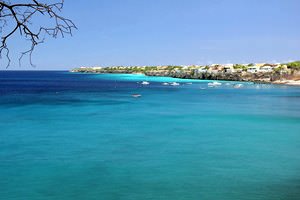 The judicial branch in the Antilles is represented by local courts. However, there is an opportunity to appeal the decision obtained in the Antilles courts in the High Court of the Netherlands, which is located in Hague. It is worth noting that the islands themselves are considered part of the European Union. The local population has the right to enter the territory of other EU member countries, work and reside on their territory. This also applies to economic interests. As long as the Antilles apply the import tariffs, they will be able to conveniently export their goods through the territory of the European Union, which is extremely beneficial for the islands. However, they are exempted from compulsory Dutch taxes, and European Union taxes.

This article about political life in Netherlands Antilles is protected by the copyright law. You can re-use the content, but only under the condition of placement of an active link to www.orangesmile.com.
Netherlands Antilles guide chapters 1 2 3 4 5 6 7 8 9 10 11 12 13 14 15

Saint Martin
Participants of the festival are offered to attend colorful music and dance performances, as well as devote time to a variety of entertainment. A much longer and more amazing is the Holland Festival, which is celebrated in honor of the birth of Queen of the Netherlands. Festival lasts for 17 days and is accompanied by an abundance of unique rituals. An integral part of the festival is competitions, which brings together the best performers of calypso. Winning the competition is very … Read more

Curacao
Strolling through local markets and souvenir shops, visitors can see a lot of interesting crafts, colorful fabrics and souvenirs. At first glance, they may resemble children's crafts, and there is a grain of truth in this association. The inherent ‘childishness’ of the local craft is due to the fact that original manufacturers were younger family members. While the parents were working on plantations, children were making colorful souvenirs to sell them later and to contribute to the … Read more

Bonaire
You can witness lush festive parades in honor of the Queen’s birthday. On this day, the island is possessed by the real dance extravaganza. Bonaire welcomes dance and music bands from the entire archipelago. The colorful performances are held right in the city streets. Bonaire is one of the most favorite Caribbean islands of fans of water sports. It attracts many divers and surfers. The Dive Festival lasting for seven days, at least, is annually held in June. In October, a very … Read more