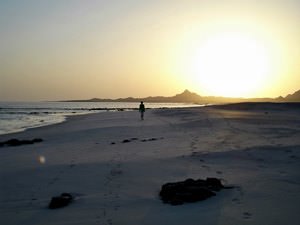 The history of Masirah Island is extremely rich and eventful, even though just a few material evidence of those events survived up to our days. The first colonists came here in the 4-3 millennium BC. The island was a transit point for ships which were on their way from Mesopotamia and Hindustan to Ethiopia and Egypt. Persians settled here in the 8th century BC and they decided to take this strategically beneficial land under control. They had been ruled here for almost 11 centuries. In the 3d century AD, the island became a periphery of the conflict between tribes that used to live here. The conflict was continuing for about a century and as a result, Bedouin seized the control of the island.
Your active city break in Masirah. Attractions, recreation and entertainment - best places to spend your day and night here
Travelers who are keen on the beauty of nature and ready to spend on their time on various activities would definitely like Masirah Island. For instance, one can climb Jabal Madrub – the …

Open
Four centuries later, local people converted to Islam and joined Arab caliphate. Firstly, Imams – spiritual guides – were in charge, but in the 9th century, they were removed by the leaders of Nabahan tribe. They were ruling Masirah Island and the other Oman’s territory up to the end of the 15th century. Then, Portuguese had been controlling the island from the 15th to the 17th centuries. However, they have never built anything here. The ruler of Oman united with British troops in the middle of the 17th century and, as a result, Portuguese people had been driven away and the island was back under the control of Muslims. Unfortunately, the cost for helping to manage the conflict with Portuguese that local owned to Englishmen was too high, and a century later Masirah was taken under England’s protectorate.
The inhabitants of the island were involved in the military events fighting on the Sultan’s side during the Civil War between the followers of Imam and Sultan (who was supported by England). Though the island wasn’t mixed in that war, the unstable economic situation influenced Masirah greatly and the creating of the capital, as well as the development of all the local settlements, were slowed down for a few centuries. However, as soon as the current Sultan of Oman came to power, asphalting of roads, building of hospitals in Marsais, and constant growth of the local population began. The Sultan believes that Masirah is not only a perfect place for fishing but it also can be a great opportunity to show the tourists the best in the country. Copyright www.orangesmile.com
Top hotels in Masirah for business trip or short vacation
There are several large hotel complexes available for the guests of Masirah. Many tourists visit the island using major tour programs, so the number of hospitality establishments is …

Open
If you’re excited to know how people used to live here in Omana about a couple of centuries ago, then you just have to go to any local village. People there still live just as their ancestors, do crafts and fishing for a living using the same tools as their grandparents and great-grandparents. But, remember that nobody in such villages speaks English. 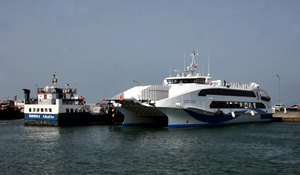 Marsais – the capital of the island – depicts various Asian motives. You can see fascinating white-stoned streets, small but neat and beautiful mosques (if you’re not Muslim, then, unfortunately, you will never be able to see their inside decorations), bustling port quarters. And it even seems that it what the city was like about 100-200 years ago.
Shopping in Masirah - main shopping streets, outlets and boutiques
There is a great choice of goods by European brands here on Masirah Island. Bags, women’s and men’s clothes, footwear, and bijou – you can find all this stuff here. All in all, …

Open
Besides, don’t forget to visit the central square. There are not only central administrative buildings there but also a bunch of craftsmen’s shops where you can not only buy a peculiar thing for a very good price but even here or probably even see how it was made. Moreover, to have a walk around the racy city market is exceedingly absorbing. And the unique Natural Museum is also worth visiting. It’s a museum with a petting zoo. Four turtle species and some specious of birds live there. Nevertheless, the main exhibition includes stuffed animals and mollusk shells (the existing and extinct ones). The exhibition of that shells is actually highly amazing and it can even make any person who is keen on sea world feel envy. What is more, here in the museum you can learn about what animals used to inhabit the island and the ones which live here presently. You can literally trace the evolution of life on Earth with your own eyes. 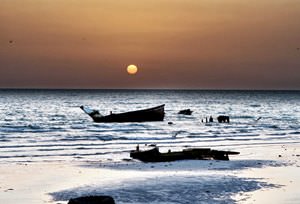 Besides, the museum at the fish processing plant is worth visiting as well. Oddly enough, there is a hall there where visitors can learn about the traditions, mores, and culture of the local population. Additionally, various tools connected with catching, processing, and packing of fish are also exhibited in the museum. One more interesting object on the island is a local naval base. The base originally was built by Englishmen, still, an Oman garrison is located there today. The base is currently operating, so you won’t be able to get inside. Nevertheless, you can have a look at it from the special observing point. On the other hand, it’s forbidden to shoot military facilities here on the island, so you won’t even be able to make some photos of the object.

This guide to cultural sights Masirah is protected by the copyright law. You can re-publish this content with mandatory attribution: direct and active hyperlink to www.orangesmile.com.
Masirah - guide chapters 1 2 3 4 5 6 7 8

Sultan Said bin Taimur Mosque was opened in Muscat in 1999. This mosque, which is dedicated to the sultan of Oman from the 30s to the 70s of the previous century, is another treasure in the beautiful capital of the country. Sultan Said bin Taimur Mosque was built by an order of the sultan’s son in order to commemorate the memory of the father. Two fifty-meter-tall minarets, gorgeous design with stained glass windows and line balance make the mosque one of the beautiful in the world. The building can accommodate more than two thousand prayers. Unfortunately, only Muslims are allowed to step in, and everyone else can only admire the look of the mosque and relax in the adjacent garden. Sultan Taimur bin Faisal Mosque is dedicated to the ruler of Oman at the beginning of the 20th century. This is a new mosque that is open for everyone. Travelers can visit it for free from Saturday to Thursday from 8 am to 11 am. Marble, mosaics, and skilled wooden carvings add a touch of elegance to this gorgeous mosque. … Open

Photogallery of cultural heritage of Masirah

Excursions over cultural sights of neighbours of Masirah

Muscat
Muscat features numerous historical and cultural landmarks and sights which will turn the city exploration into an unforgettable experience full of impressions and feelings. The main symbol of the city is the Al Alam Palace. The unique architectural landmark represents an inimitable fusion of ethnic and Indian traditions with the majestic decoration of the construction being ... Open »
Abu Dhabi
Abu Dhabi is one of the world's largest oil production centers. There is an oil exhibition near National University. The exhibition is devoted to the development of the industry. Travellers are also recommended to visit Historical Museum, the exhibition of which includes ancient manuscripts and documents older than one hundred years. Tourists with children should definitely ... Open »
Jumeirah
Despite the fact that Jumeirah is the most modern area in Dubai, it is not deprived of archaeological landmarks. Scientists keep working in a part of the neighborhood and keep finding priceless artifacts. A significant part of the excavated items belongs to the pre-Islamic era. Everyone is welcome to see the collection of the archaeological artifacts found in Jumeirah in ... Open »
Dubai
Dubai is a beautiful and ancient city, in which tourists will find a large number of interesting architectural and historical monuments. Fans of exciting excursions are recommended to make a walk to Bastakia quarter, in which they will find a lot of old buildings, museums and monuments. While walking through the narrow streets of the city, you will see beautiful buildings of ... Open »
Ajman
A collection of archaeological findings is the most interesting part of the museum. Many artifacts were discovered during the renovation works in the fort. You will have an opportunity to see old manuscripts, medieval weapons, and household items that local people were using centuries ago. A separate hall hosts an exhibition dedicated to local police. The Red Fort is a ... Open »
Sharjah
Art lovers will like the Sharjah Art Museum with a collection of old paintings and documents, as well as unique maps of the 18th century and contemporary works of famous painters. Opening of the Museum of Art was held in 1997; it is a great cultural center that has been the permanent venue of interesting cultural events for many years. The youngest and one of the most ... Open »

Culture guide to Masirah. Which fascinating sights to visit once you are in Masirah: temples, churches, museums, theaters and castles. Recommendations (with addresses, phone numbers and links) on the places 'must visit' in Masirah. Plan your own city excursion by using this page info!