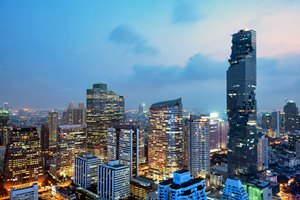 For hundreds of years, the territory of present-day Luanda was inhabited by various African tribes. Modern townspeople are the direct descendants of indigenous people. The preservation of historical traditions and culture is an important part of life for them. Today, their traditional customs and habits are embodied in many spheres of life. They continue to cook traditional dishes according to centuries-old recipes, practice farming and fishing, also paying great attention to craft traditions.
Excursion over cultural sights of Luanda - 'must visit' points of interest
Luanda has preserved interesting historical monuments, and one of the main symbols of the capital is the ancient Fortress of Sao Miguel. The defensive structure built on the side of Mount …

Open
All the holidays are accompanied by beautiful music and dance performances. Luanda residents consider Semba to be their main national dance. This dance genre is often called the "music of the sea" and dates back hundreds of years. The ancient dance was once performed during important religious rituals and holidays, but today it is an obligatory part of all local festivals and celebrations. Some experts believe that this distinctive dance was the forerunner of the world-famous Latin American samba.
Local traditional music is also pretty special. Drums remain one of the favorite musical instruments here. During musical performances and solemn processions, you can see musicians with drums of various shapes and sizes. Another unusual musical instrument is marimba. This percussion instrument looks a bit like a classic xylophone, but the sound is completely different. Until recently, it was only possible to watch enchanting performances of local musicians and dancers on major holidays. Copyright www.orangesmile.com
Your active city break in Luanda. Attractions, recreation and entertainment - best places to spend your day and night here
The main entertainments for visitors to Luanda are walks in the local nature reserves and exploring natural attractions. Near the city, you will find Cameo National Park, one of the oldest …

Open
In recent years, Luanda has become a quite popular tourist city, so performances devoted to national culture are often held here even on ordinary days. Many tourists prefer to go to small villages and settlements located in the vicinity of the city. This way of exploring the traditional culture of indigenous people is considered the best. In the villages, you can visit interesting craft workshops, taste traditional dishes of locals, and watch a lot of enchanting performances. 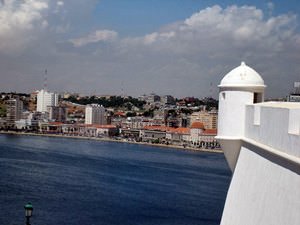 Within the city, you can also find interesting craft workshops that are often combined with souvenir shops. Luanda is home to many outstanding woodcarvers who create incredibly beautiful figurines and home decorations. It is noteworthy that local people have wooden figures of people and animals at home too. They believe that such talismans are endowed with magical powers. Unusual figurines can be seen on the roofs of some houses, they often adorn entrance doors and walls.
Advices to travellers: what you should know while being in Luanda
1. In Luanda, they mainly accept the national currency - kwanzaa. The city has many exchange offices, you can change money at hotels and banks, but it is not recommended to exchange it on …

Open
Another vivid attribute of the rich ritual traditions of the region is colorful masks. Once they were used for religious rituals, but later became one of the most common talismans for local people. Luanda’s culture is not deprived of beautiful modern holidays. Since 2009, the traditional Jazz Festival has been held in the city. It is attended by performers and music lovers from around the world. Both big-name guests and novice musicians always participate in the music festival. Most of the concerts within the framework of the festival are free of charge and take place in the open air. Acquaintance with the culture and traditions of the Angolan capital is sure to make your vacation unforgettable.

This guide to traditions and festivals in Luanda is protected by the copyright law. You can re-publish this content with mandatory attribution: direct and active hyperlink to www.orangesmile.com.
Luanda - guide chapters 1 2 3 4 5 6 7 8

Cathedrals and basilicas near Luanda
♥   Sé Catedral de São Salvador, Luanda, 2.8 km from the center. On the map

Colors of Luanda in photos

Traditions and festivals in cities around Luanda

Pretoria
Except of the habitants a lot of people from European countries live there, this merging has an effect on the national features of Pretoria. To feel comfortable travelers need to remember about several important rules of conduct, they will help to behave in different situations. So when people talk with Europeans, the youngest person must greet the first, when people talk with ... Open »
Johannesburg
Johannesburg is one of the most populous cities in the country. The city has become home to representatives of different nationalities. Foreign tourists will be particularly interested in culture and lifestyle of the ethnic tribes. However, when dealing with the indigenous people, tourists should take into account a lot of important points. The locals have rather different ... Open »

Cityguide on traditions, mentality and lifestyle of people in Luanda. Learn the best periods to visit Luanda to discover its soul - authentic festivals, events and celebrations. We will also reveal the interesting habits, attitude towards the world and to tourists in Luanda.