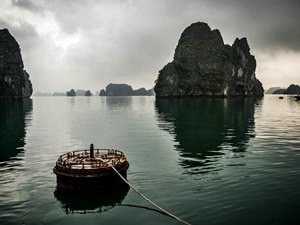 Long Bay is quite a small resort that cannot boast a great variety of preserved historical monuments. Nevertheless, they can be found in the immediate vicinity, so absolutely everyone can organize an interesting excursion program for themselves. In the eastern part of the island, the old Shirley Heights Fort dating back to the 18th century has been preserved. Over the centuries, the fortress has experienced many serious battles. Today, it houses a museum dedicated to the military past of Antigua. Among its exhibits are models of ancient weapons and military uniforms, several well-preserved historic cannons, and an interesting collection of warship models. For local residents, the ancient fort has become the most important cultural center where they often hold historical holidays and beautiful dance performances.
Your active city break in Long Bay. Attractions, recreation and entertainment - best places to spend your day and night here
Long Bay is famous for its gorgeous beaches, which remain the main attractions for tourists. They are perfectly suitable for both serene rest and water sports. The resort offers several …

Open
Another outstanding 18th-century monument is the English Harbor located in the south of the island. Now, these places are located within a vast national reserve where several more historic buildings have also been preserved. Walking around the harbor, one can see 200 years old structures made of stone. Some elements of decoration have partially survived here. One of the most valuable buildings is the 18th-century Leeward Islands Station.
Just outside the capital, you can explore the ancient James Fort, the construction of which was completed in 1675. Over the past years, it has been used to protect the island from pirates. Despite its impressive age, the building managed to preserve many original elements. The latest major reconstruction of the fort took place in 1739, now its visitors can see more than 30 cannons that were once used to protect the coastal territory. A powder warehouse, as well as several barracks and other outbuildings, have been preserved in the fort. Near the fort is a beautiful beach, which is one of the most popular on the island. Copyright www.orangesmile.com
Advices to travellers: what you should know while being in Long Bay
1. In public places and on beaches, one should keep a close eye on personal belongings. Pickpocketing remains one of the most common problems in the region. 2. Although local beaches are …

Open
Among cultural centers located near the resort, the Nelson's Dockyard Museum stands out. It occupies an 1855 building and houses a very interesting collection of archaeological and historical exhibits. Here you can see artifacts that were discovered by researchers directly on the island. Some archaeological areas are also available for tours today. The museum is also remarkable for its location in a very beautiful natural area. Numerous hiking trails begin nearby. 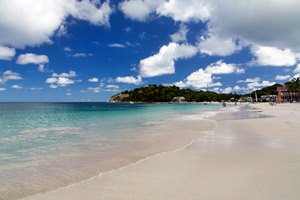 A very interesting area from a historical point of view is Betty'S Hope where one of the island's oldest sugar plantations is located. It was founded in the middle of the 17th century and now the plantation itself and old buildings around it lie in ruins. Even though the once-prosperous area has long fallen into disrepair, tourists still like to visit these places. Here they can see several preserved buildings and beautiful mills, as well as admire the picturesque panorama of the surroundings. For several years, reconstruction has been underway in the historical area. It was possible to restore several windmills and old crushing equipment. The old cotton factory building now houses a small museum that keeps a thematic collection of exhibits on the history of the sugar plantation and the island's colonial development.
Guide to Long Bay sightseeing - things to see and to visit
Huge beaches with soft white sand, hammocks stretched between slender palms, top-notch resort hotels and restaurants serving all sorts of seafood are the main attractive features of Long …

Open
The island has preserved many religious monuments, a large part of which was also built in the colonial era. Cathedral de Santiago striking with its unique architectural style is considered one of the most beautiful. Beautiful arches were designed to decorate its facade that features picturesque sculptures and stucco elements. It is especially nice to admire the cathedral after dark when it is spectacularly illuminated. 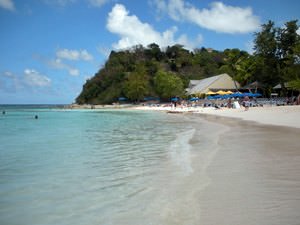 The ancient Catedral de San Jose has survived to this day only partially. Today, a significant part of it lies in ruins. Nevertheless, it remains a popular tourist attraction. Even seeing fragments of the building alone, it possible to fully appreciate its former grandeur. Today, local authorities are deciding on the reconstruction of the religious monument, but the construction work has not begun so far. Officially, the building is recognized as safe, so tourists are allowed to enter its territory. As you see, many beautiful historical monuments have been preserved on the island of Antigua, and it won't be a problem for guests of Long Bay to reach them all.

In the section below, you can get one of our excursion, activities or city discovery tours over Long Bay and surroundings. Our website offers 10-30% lower ticket prices, when compared to the offline purchase on the spot.

City tours, excursions and tickets in Long Bay and surroundings

This guide to cultural sights Long Bay is protected by the copyright law. You can re-publish this content with mandatory attribution: direct and active hyperlink to www.orangesmile.com.
Long Bay - guide chapters 1 2 3 4 5 6 7

The island of Antigua occupies a central place in public life and the development of tourism. This is where the main hotels, casinos, night clubs and restaurants are located. Barbuda Island is a huge coral reef. Only about 2% of the country's population lives on it. But one of the most beautiful beaches on the planet is located here. This is Long Beach. Traces of the long presence of the English are visible in everything here – from the names to the architecture and administrative structure. The island of Redonda also belongs to the land of the state. It is a volcanic rock. Its entire territory is given over to the territory of a Natural Park. Birds that live in a huge variety here have become the object of observations and studies by ornithologists from all over the world. … Open

Excursions over cultural sights of neighbours of Long Bay

Saint Martin
It is worth to stroll along the Republic Street, which is lined with beautiful buildings built in the Creole style. Dutch island's capital is the city of Philipsburg. The courthouse has remained its main attraction for many years. It was built in 1793; it is still standing in its original form. Given that the primary building material was wood, this fact is even more ... Open »
Dominica Island
If you are interested in military engineering, then take a look at the Cabrits National Park. Fort Shirley, one of the central locations for the deployment of British soldiers in Dominica, is located on its territory. It was named in honor of the island's governor, Thomas Shirley, under whose leadership the building was constructed in the 18th century, during the war with ... Open »
Diamant
Le Diamant is famous for its beautiful architectural landmarks. There are many beautiful mansions built in the national style from coral blocks. The popular resort is also rich in natural landmarks, such as Diamant Beach, the length of which is 4 kilometers. The cozy town of Le Diamant is located not far from the Les Salines peninsula. When planning an excursion program, ... Open »
Tortola
There are many churches on the island. Most of them are concentrated in the capital, Road Town. Here, for example, you can see the Roman Catholic Church of St. William. Externally, it is not the most majestic building in the colonial style, but the interior decoration will amaze you with its beauty. Moreover, it accurately conveys the spirit of colonial Christianity. In ... Open »
Grenadines
There is a great number of American Indians’ petroglyphs not far from Layou. For instance, there is a depiction Yúcahu – Indian God – on a separate white stone. It’s believed that he was the one who share with Indians the secret how to grow cassava. So, if you’d like to see monuments devoted to the European civilization, then you definitely should come to Fort ... Open »
Bridgetown
Bridgetown is a fantastic destination for tourists who want to learn about the history and culture of Barbados. Numerous museums, heritage sites, and important landmarks – the city has it all. All fans of cultural places of interest should spend at least a few days in Bridgetown and visit numerous attractions of this fabulous city. Barbados Museum and Historical Society is ... Open »

Culture guide to Long Bay. Which fascinating sights to visit once you are in Long Bay: temples, churches, museums, theaters and castles. Recommendations (with addresses, phone numbers and links) on the places 'must visit' in Long Bay. Plan your own city excursion by using this page info!