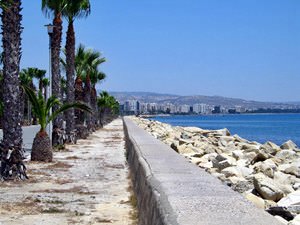 Limassol attracts fans of outdoor activities and excursions, as well as those who are fond of local wine. It is considered the national drink and is very popular among guests of the resort. Every year colorful Wine Festival in Limassol is held; the very first festival was held in 1961. Since then, it has being celebrated every autumn. The festival usually starts in the second half of September and lasts for ten days. The event attracts most famous winemakers of Cyprus; each of them presents best varieties of the drink to visitors.
Cuisine of Limassol for gourmet with top restaurants and cafe
You can find a variety of restaurants in Limassol. Those specializing in Oriental cuisine are common; they are sure to appeal to fans of the exotic. It won’t be difficult to find a …

Open
In addition to wine tasting, the event program includes a variety of tours, workshops and educational lectures. Everyone is welcome to visit famous wineries and cellars, learn a lot of things about methods of manufacture and storage of wines, as well as get an advice from experienced wine makers.
The festival features music and theater performances; this colorful national holiday is simply impossible to imagine without merry old songs. Musical accompaniment of such events is usually unpretentious; artists perform their songs accompanied with bouzouki , a special stringed instrument that resembles a small guitar. During the festival, long tables and benches are set on main streets and squares. Wine tasting is held there. Typically, from 8 to 11 pm you can taste wine for free. Copyright www.orangesmile.com
Excursion over cultural sights of Limassol - 'must visit' points of interest
Limassol is a picturesque resort with an abundance of interesting attractions, museums and archaeological areas. Landmark attraction is the old fort located near the waterfront. In 1191, the …

Open
In mid-July, another interesting national holiday - Limassol Beer Festival – is held. It usually lasts for three days and is also accompanied by an abundance of interesting beer events. The festival is a celebration of world scale; it is always visited by a huge number of celebrities and popular music bands. Despite the fact that locals consider wine to be their national drink, they also reached considerable heights in beer brewing. Island’s breweries are known all over the world, the majority of them produce beer that is exported to many different countries. During the festival, stands, where visitors are offered both favorite and new varieties of beer, are installed. Beer Festival in Limassol is one of the largest and most beautiful of its kind.

Traveling to Limassol in mid-February, one can witness one of the most vivid events in the city's festival life. Of course, this is about a carnival marking the beginning of Lent. It lasts ten days, during which carnival participants dressed in colorful ancient Greek costumes follow the King of the Carnival along the central streets of the city. It is worth noting that the carnival is organized throughout Cyprus, but Limassol hosts the brightest celebration, which can even compete in colorfulness with the largest holiday in Greece - the Patras Carnival. After the festival comes Green Monday marking the beginning of the fast.
Your active city break in Limassol. Attractions, recreation and entertainment - best places to spend your day and night here
Limassol would appeal not only to fans of excursions, but also to fans of outdoor activities. A great choice of entertainment centers, parks, sports complexes, vibrant nightlife and shops is …

Open
An equally colorful festival, thanks to which anyone can get acquainted with the local culture, is the Anthestiria Festival traditionally celebrated in early May. The event was originally inspired by celebrations in honor of Dionysus, the god of wine and fertility. Today it is dedicated to the awakening of spring and nature. During the festival, Limassol is buried in flowers, creating an unparalleled holiday atmosphere. Exhibitions, parades, fairs are never complete without lots of beautiful flowers. Apart from that, dance and music performances are held within the framework of the event. 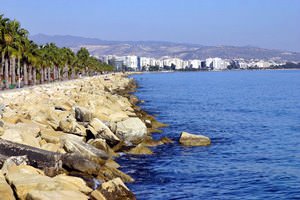 At the end of May, like other settlements of Cyprus, Limassol hosts the Festival of Cataclysmos, or the Water Festival, one of those events through which one can plunge into the local culture. It takes place on the holy day of Pentecost, which is widely revered in Cyprus and is associated with the Flood. At this time, you can listen to music concerts, watch the performances of actors, poets, dancers. And all this happens in a warm family atmosphere, to the sound of traditional folk instruments. Also, a folk dance competition is held as part of the event.
Advices to travellers: what you should know while being in Limassol
1. In Limassol public transport is represented by the bus network. Buses can travel not only around the resort, but also to neighboring towns. There are several routes to Nicosia, Larnaca …

Open
Another colorful festival taking place in the carnival capital of Cyprus (that's how they call Limassol for its many bright celebrations) is the Street Life Festival. It is held just after the Anthestiria Festival, on the main street of Saripolu. Visitors can not only enjoy magnificent works of fine art but also create a masterpiece on their own. Besides exhibitions and workshops, the program involves theatrical performances, the opening of the fair, as well as local food tastings. In early March, in Limassol, you can witness the Platform Festival (Πλατφόρμα) dedicated to dance art that is held at the theater Θέατρο Ριάλτο. In addition to the main venue, dance performances take place in some other cultural institutions of the city.

This guide to traditions and festivals in Limassol is protected by the copyright law. You can re-publish this content with mandatory attribution: direct and active hyperlink to www.orangesmile.com.
Limassol - guide chapters 1 2 3 4 5 6 7 8 9

Cathedrals and basilicas near Limassol
♥   Cathedral of Our Lady of Graces, Nicosia, 62.9 km from the center. On the map

Colors of Limassol in photos

Traditions and festivals in cities around Limassol

Paphos
The brightest event of the autumn is still the Aphrodite Festival dedicated to music and promoting Paphos as a culturally rich city. The event may seem dull and uninteresting from the first sight. However its program is rather rich and various. A large concert stage is equipped on a square in front of the old fortress of Paphos. Numerous performances of world renowned singers ... Open »
Larnaca
Mass celebrations usually take place on beaches; everyone can take sprinklers and go to the beach that turns into fun center. Exhibitions and fairs are waiting for those, who are tired of water activities. During the festival, water sports competitions are held. As for religious holidays, then Easter is the most important event for Christians. However, Muslim holidays are ... Open »
Nicosia
Residents of Nicosia are characterized by a very friendly and welcoming character - every traveler will feel like a long-awaited guest here. A large part of traditions and habits that find manifestation in their everyday life was inherited from the Greeks. Many culinary traditions traditional for Greece are widespread here, and religious holidays are of great importance for ... Open »
Ayia Napa
Local people are emotional, friendly, hospitable, and religious people. They are very responsive, and always ready to help, so do not hesitate to ask them for any kind of assistance. On the road, if there are any problems, the Cypriots will always stop first and offer their help. The police are also very loyal to vacationers. By the way, and this is very important, the crime ... Open »
Alanya
The locals are very sensitive when it comes to following old traditions. Every citizen can tell many interesting customs, traditions and beliefs to curious tourists. For example, prior to starting a trip, a traveler here must undergo a kind of a ritual. Relatives pour a large cup of water in front of the traveller, so that his trip will be successful and path will be as simple ... Open »
Beirut
The locals are very friendly and hospitable people. They treat visitors with great curiosity and are always glad to help, so in case of any difficulty you can freely contact the local people. The only topics that shouldn’t be discussed with the inhabitants of Beirut are politics and national culture. Any wrong word or a disparaging gesture concerning the national ... Open »

Cityguide on traditions, mentality and lifestyle of people in Limassol. Learn the best periods to visit Limassol to discover its soul - authentic festivals, events and celebrations. We will also reveal the interesting habits, attitude towards the world and to tourists in Limassol.