Sightseeing in Jumeirah - what to see. Complete travel guide 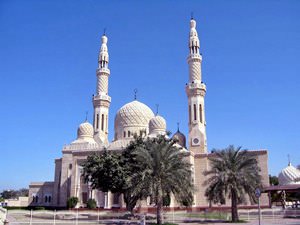 Jumeirah archipelago, which is located in Dubai region, consists of three islands – the Palm Jebel Ali, the Palm Jumeirah and the Palm Deira. These are artificial islands, the building of which started in 2001. The building process continues even nowadays. The name of the archipelago is defined by its unusual shape that resembles a palm tree. The total square of all three islands estimates 52 kilometers. Here are planned to be built around 100 hotels and the coastal line will be occupied by villas and residences, restaurants and entertainment parks, trading centers and sports facilities.
Extraordinary weekend in Jumeirah - unusual places, services and attractions for travel gourmet
…

Open
The archipelago is shaped like a palm, branches of which are 5x5 kilometers large. The length of the coastal line estimates 78 kilometers. Port Rashid is considered the beginning of Jumeirah region. This is also a home to hotels of extra class. Until 1960 this region was mostly inhabited by local fishermen and traders. Then Europeans, who came to Dubai to find jobs, started occupying the coast. The true building boom starts in Dubai in 1995, when Jumeirah Beach becomes a marine resort of the international level, offering exclusive rest and residences of extra class.
«7-star» hotel Burj Al Arab is considered the most expensive one in the world. We should also mention Royal Mirage and Madinat Jumeirah hotels. A beautiful boulevard called “Golden Mile” is built on the Palm Jumeirah. It is a home to multiple restaurants, shops and residences. The building of the monorail road that starts near Atlantis Bay hotel and ends in Gateway Towers Stations ended in 2009. A visit to Wild Wadi Water Park, which occupies the area of 5 hectares, will become one of the most fascinating entertainments as you will find there over twenty magnificent attractions, swimming pools, and cafes. Copyright www.orangesmile.com
Shopping in Jumeirah - main shopping streets, outlets and boutiques
The largest and most populous shopping center of Jumeirah is Jumeirah Plaza. A variety of products can be found in hundreds of its stores. It has clothing and footwear pavilions of popular …

Open
In the new resort area, there is a beautiful religious landmark - the Jumeirah Mosque. Despite the fact that it was built quite recently, the architects managed to take into account, the most important historical traditions. The modern mosque is very similar to the religious buildings that were constructed during the Middle Ages. It is one of the few mosques in Dubai, which can be visited by adherents of absolutely any religion. For tourists, there are interesting excursions, during which they tell about local religious traditions. 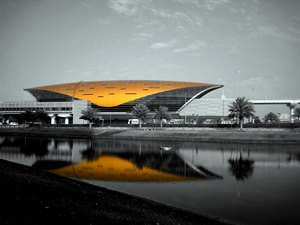 Open
The real historical landmark of Jumeirah is the local zoo - the oldest zoo in the territory of the Arabian Peninsula. It is very beautifully decorated. Many rare plants and majestic trees grow on the territory of this zoo. The diversity of the animals is also amazing; in the zoo you can see even very rare species of birds that are protected by the state. 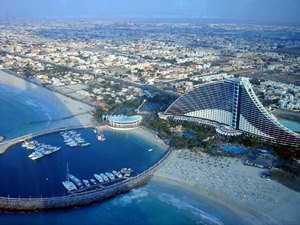 Majlis Ghorfat Um-al-Sheef Palace is worth mentioning among the variety of architectural sights. The main building material in the construction of the palace was the coralstone blocks. The palace was built for one of the local noble Sheikhs. After many years, it does not cease to amaze with his greatness. Today, it is possible for absolutely everyone to walk around the magnificent palace within the framework of the excursion. The palace is surrounded by a well-kept garden, where you can admire not only exotic plants, but also beautiful sculptures.
Authentic traditions, festivals and lifestyle of Jumeirah inhabitants
Jumeirah is like a Beverly Hills of the Middle East, so this area has an atmosphere of eternal, trouble-free happiness. Tourists can always ask locals for help and will not get rejected …

Open
It will be interesting for connoisseurs of contemporary art to visit the Dubai International Arts Center. It is the venue for a variety of cultural events, including very interesting art and photo exhibitions. Exhibitions of contemporary designers, music concerts and presentations are held here.

This guide to iconic landmarks and sights of Jumeirah is protected by the copyright law. You can re-publish this content with mandatory attribution: direct and active hyperlink to www.orangesmile.com.
Jumeirah - guide chapters 1 2 3 4 5 6 7 8

City tours, excursions and tickets in Jumeirah and surroundings

Art galleries in Jumeirah and around
♥   Art museum 'Salsali Private Museum' Dubai, 7.9 km from the center. On the map

Sights around Jumeirah from our guide 'Extreme places on Earth' 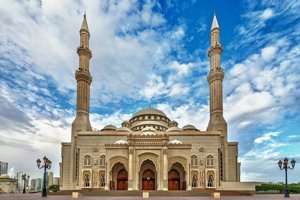 Distance from Jumeirah center - 22.2 km.
There is a mini-cinema in the museum, where you can watch interesting theme-based movies. Gourmands will like the cozy cafe, where they can try the most popular national specialty. The museum is built in stone. Thanks to that it is comfortable to be here not only on the cold winter day but also on a hot summer day. The museum was opened for public in 2008 and differentiates from others by its beautiful modern design and things of the technological progress. This museum will be interesting even for people, who have never interested in Islam traditions. … Read further 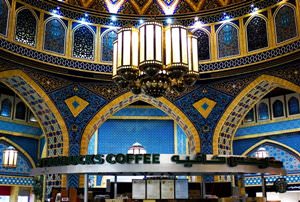 Distance from Jumeirah center - 18.3 km.
The first cafes of the chain were opened in the 1970s. For a few years the Starbacks brand coffee has become incredibly popular. Cafes have been opened in the largest European cities. The first cafeteria in the Middle East was opened in 1991. In Kuwait, nowadays, the network of cafes has more than 16000 establishments in 48 countries. In Dubai, a luxury cafeteria is a favourite vacation spot for both locals and tourists. It is not necessary to choose one of the fashionable restaurants to enjoy refined coffee in a no less refined atmosphere, just look into Starbucks. … Read further 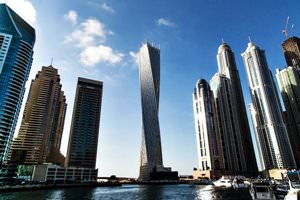 Distance from Jumeirah center - 17.2 km.
It is important to note that the skyscraper differs not only in spectacular appearance, but also in its original interior decoration. In some of its rooms there are inclined and curved walls. The cost of one-bedroom apartments located in the Infiniti Tower is about 2 million dirhams, and for an apartment with two bedrooms one must pay about 3.5 million dirhams. At present, the skyscraper is one of the highest residential buildings on the planet. … Read further

Search touristic sites on the map of Jumeirah

Sightseeing in regions nearby Jumeirah

Dubai
Dubai is a true paradise for shoppers, because you will not find such number of markets in any other emirate. Trading outlets and shops occupy a whole quarter that is called Deira. Here are located a fruit market Fruit Souk, a fish market Fish Market, trading rows with jewelry Gold Souk and a spice market Spice Souk. The main part of buildings in Dubai form modern business ... Open »
Sharjah
The three pillars, on which Sharjah stands, are typical for the Emirates. These are oil and gas production, tourism and trading. This bustling eastern town amazes Europeans with its magnificent markets, which seem to be countless. Tenths of thousands of people are attracted by the two-kilometer long Al Wahda Road - the main shopping street of the town. It offers merchandise ... Open »
Ajman
For many years, Ajman was the leader in pearl fishery until Japan outperformed it. The technology of pearl cultivation drastically changed prices for pearls, causing great revenue losses for the emirate. 1950 marked the start of a new epoch for the history of Ajman as Sheikh Rashid bin Humayd Al Nuaimi became the ruler of the area. The city started developing, and so many ... Open »
Dubai Region
Dubai is a real gem for fans of outdoor activities and excursions. It is reasonably considered the most liberal emirate in the country; it would be difficult to find a more attractive place to stay in the UAE. Incredible architecture, upscale beaches and modern entertainment centers became unchanged symbols of this emirate. Fans of shopping, beaches and nightlife from around ... Open »
Ras al Khaimah
Shopping admirers are more interested in the center district of the emirate where they can visit amazing markets and shopping malls. The supermarket called Carrefour is at the peak of popularity. It still remains the oldest shop in Ras al-Khaimah, as there you can buy absolutely everything you want. Also, the diversity of culinary venues should be noted. In the emirate, there ... Open »
Fujairah
Fujairah is the youngest of the seven emirates that make up the country. It is located in the central part of the Al Hajar Mountains and is situated on the coast of the Gulf of Oman. The capital of the emirate is the city of Fujairah, which strikes visitors with the beauty of its broad and spacious streets decorated with modern architectural buildings. The emirate is located on ... Open »

All about Jumeirah, United Arab Emirates - sightseeings, attractions, touristic spots, architecture, history, culture and cuisine. Prepare your trip together with OrangeSmile.com - find out the 'must see' things in Jumeirah, which places to visit, which excursions to take, where the breathtaking views are waiting for you. Planning your trip with this travel guide will help your to get the most out of Jumeirah in few days.