Fun and festivities in Jordan - celebrations, festivals and cultural events 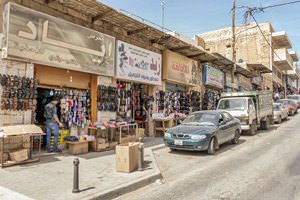 In Jordan, there are many holidays that are adopted and celebrated around the world. For example, January 1st is the New Year Day and the official day off. However, not all residents of the country celebrate the New Year on this day. For Muslim people, the start of a new year doesn’t coincide with the internationally adopted calendar because they use the Muslim calendar. This calendar is based on the lunar one and is 12 days shorter. All months also have different names. The Muslim New Year starts on the first day of Muharram. To tell the truth, there are no special rules or traditions regarding the celebration of the first day of Muharram.
Things to do in Jordan - active leisure
Jordan offers a broad range of activities that can make any vacation even more exciting and fill the time between sightseeing. Wadi Rum Desert is one …
Read further
Jordan has many national holidays and celebrations. For example, the country celebrates the League of Arab States Day on March 22. Three days later, on March 25, Jordan celebrates Independence Day. On this day in 1946, the country’s occupation was officially over. Just like in many countries, Jordan also has Labor Day and celebrates it on May 1st. July 14 is the Army Day.
Arbor Day is a less trivial holiday that Jordan celebrates on January 15. The celebration can also be referred to as Earth Day or Nature Day. Arbor Day is a three-day-long holiday that was first introduced in 1939. People plant trees on this holiday, so even kings and nobles take shovels and plant palm trees on Arbor Day. The palm tree is one of the most popular trees in Jordan because it is mentioned in the Quran. Dates, the fruit of the palm tree, are the main food during the fasting in the Holy Month of Ramadan. By the way, this holiday has not only religious meaning. The thing is, only 1% of Jordan’s territory has vegetation! The government takes steps to improve the situation, and local people help to make their country greener. Copyright www.orangesmile.com
What you need to know about Jordan prior to visit - advices
1. In Jordan, the left hand is considered impure, so all actions are done with the right hand. Tourists need to keep this rule in mind when greeting …
Read further
Even though Jordan is primarily a Muslim country, Christian holidays are not forgotten here. There are many Christians who permanently live in the country, and Jordanians are peaceful and tolerant people. On December 25, the country celebrates Catholic Christmas, but it is a working day in Jordan. Easter is usually celebrated in accordance with the Orthodox Christian calendar, so the holiday date is different every year. 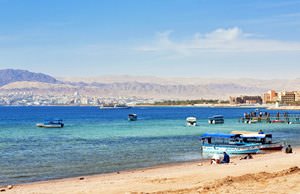 The King of Jordan is very important to the country. That is why there are several celebrations dedicated to kings, current and deceased. For example, January 30 is the birthday of King Abdullah II of Jordan. An interesting fact: the king himself canceled festive activities on this holiday and made it a workday. June 9, on the other hand, is a public holiday. This is the day of His Majesty King Abdullah's accession to the Throne. The birthday of King Hussein is also an important date for residents of the country, but this is a workday as well.
What to see and what to visit in Jordan with children
If you plan to visit Jordan with family and children, it is always a good idea to plan this vacation beforehand and do not limit yourself to beach …
Read further
The most important Muslim holidays are the following: Mawlid, Al Isra' wal Miraj (or simply Isra and Mi'raj), Uraza Bayram, and Kurban Bayram. The first two celebrations are related to Muhammad – there are the birthday and ascension of the prophet respectively. Uraza Bayram is the finish of the Holy month of Ramadan and fasting. On this day, people congratulate each other, give money to charities, collect and give food and money to the poor, put on their best dress, make a large festive table, and enjoy various oriental sweets. Kurban Bayram is the sacrificing holiday, so Muslim people usually sacrifice lambs on this day. The meat is then divided between family members and eaten together during a large family feast. 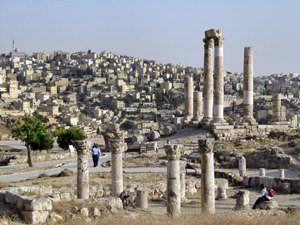 When describing the most interesting festivals in Jordan, the city of Jerash comes to mind first. Every year, the city hosts an interesting festival dedicated to different types of art at the end of July or the beginning of August. This festival is dedicated to the music of local and international performers, ballet dancing, theatrical art, and opera. Trade fair with a range of items created by local artisans has become an essential part of the celebration. As the event takes place in an old historic city, it is twice more interesting for travelers to visit it. The Traditional Arts Festival, which takes place in Aqaba every year, is a no less interesting event. The holiday is dedicated to the traditions and culture of Bedouins.

This article about national fests and celebrations of Jordan is protected by the copyright law. You can re-use the content, but only under the condition of placement of an active link to www.orangesmile.com.
Jordan guide chapters 1 2 3 4 5 6 7 8 9 10 11

Attractions and entertainment in top cities of Jordan

Amman
The travellers, who plan to devote much time to shopping, should definitely move their feet to Amman Suk. You will simply not find such a great variety of goods anywhere else in the city. Jewelry remains the most popular souvenir among tourists. We also recommend paying attention to unusual souvenirs and goods offered by the local craftsmen. You can always buy spices as a souvenir. It should be noted that there is a large market of spices in Amman. Visiting that place will be interesting not … Read more

Aqaba
More than 350 species of migratory birds visit this area throughout the year. For them, the reserve became an important stop on their way between European, Asian, and African regions. There are several interesting pedestrian routes in the reserve. You will have an opportunity to take a walk to the picturesque lakes. The reserve is home to rare species of flamingoes and predatory birds. Autumn and spring are the best time to visit Aqaba Bird Observatory. Several large scientific stations … Read more

Map of fun in Jordan