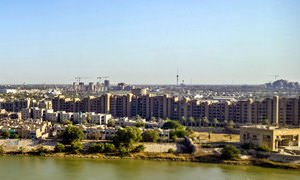 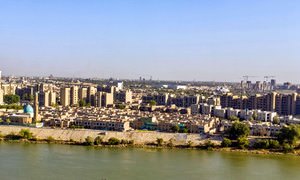 The Erbil Citadel in the city of Erbil in the Kurdistan Region of Iraq is a no less important landmark of the ancient world. The age of this citadel is roughly 5,000 years. In different periods of time, the gorgeous fortress with 30-meter walls belonged to Assyrians, Persians, and Babylonians. Turks and Arabs were among its last owners. Located on a hill, the gorgeous citadel still amazes visitors with its impenetrable look. Many elements of the construction remained unchanged since the building time.
Unique sights of Iraq from our series 'Extreme places on Earth'
These spots really worth the attention of a real traveler-researcher. …
Read further
The ancient city of Babylon is an important archaeological site of the international level. This is the capital of the legendary Babylon Kingdom that was a prosperous country approximately 3,000 years ago. In the 3rd century, the once rich and powerful city suffered from decline. During numerous archaeological excavations, scientists could find the remaining fragments of old palaces, temples, and other cult buildings. Numerous artifacts, which were discovered during these excavations, are now displayed in Iraq’s museums. 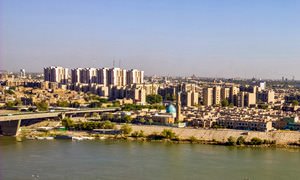 The ruins of the ancient city of Hatra are a no less interesting and important attraction. The city is located in the northern part of Iraq. Hatra was the capital of the Parthian Kingdom. This was a large center of trade and an important strategic point. Hatra had kept many of its unique buildings for thousands of years but, unfortunately, the city lost many of its landmarks in modern times due to military conflicts.
Unique sights of Iraq from our series 'Extreme places on Earth'
These spots really worth the attention of a real traveler-researcher. …
Read further
Iraq is famous for its important religious centers that attract pilgrims from all over the world. In Najaf, there is an important religious landmark – the Imam Ali Mosque. Many famous Shi'ite imams studied here. During its long history, the mosque was destroyed several times, but every time it was reconstructed thanks to the efforts of local people. According to a legend, the mosque is located in a unique place – the burial site of Noah and Adam. The first mosque appeared here in 977. It was erected to house the tomb of Alī ibn Abī Tālib, the first Shi'ite Imam after Muhammad. The mosque suffered much damage in the past, but it still has its original look. Not only pilgrims from all over the world but also curious tourists visit the mosque these days. 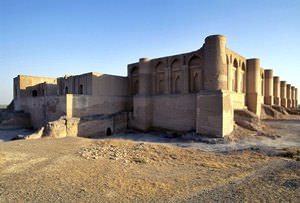 It is possible to reach Iraq from Istanbul, Frankfurt, Athens, Dubai, and Amman. The country has overland transport connection with the neighboring Jordan, Syria, Kuwait, Iran, Saudi Arabia, and Turkey. These countries have regular bus connections. Tourists can also move between the countries using a rented car.

This article about iconic landmarks and sights of Iraq is protected by the copyright law. You can re-use the content, but only under the condition of placement of an active link to www.orangesmile.com.

Famous and uniques places in Iraq from our review series

Abu Ghraib prison is located in the city of the same name in Iraq. It is located in the vicinity of Baghdad. The opening of this prison took place relatively recently, in 1960. It was built specifically for the detention of political criminals. Abu Ghraib prison has become known all over the world because some of the world's largest mass executions and tortures were committed in it. One of the most brutal periods of incarceration began in 2003. United States troops invaded Iraq at this time.

Evidence of mass torture was made public a year later. The US military used them against prisoners. The prison came under the control of the Iraqi government in 2006. All prisoners were transferred from Abu Ghraib to other prisons in the country as soon as possible. The Iraqi government decided to … Read all 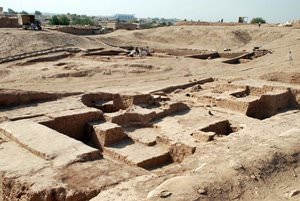 The city of Jarmo is a unique settlement from the early Neolithic period. It was founded in the 7th Millennium BC. The archaeological district is located in the scenic foothill areas. Oak and pistachio forests cover a significant part of its territory today. According to rough estimates, the area of the ancient city was more than 12,000 square meters. The city existed until the beginning of the 5th Millennium BC. Adobe structures, as well as stone tools, were discovered during research.

Shell jewelry discovered during the excavations has become an important find for archaeologists. They indicate that the inhabitants of Jarmo maintained trade relations with neighboring tribes. Numerous products and tools made of bone also indicate a high level of development of the city's residents. They … Read all 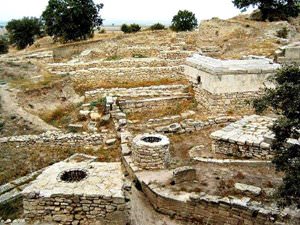 An area of ​​the ancient city was about 4 square km. There were many fortifications, majestic palaces, and religious monuments. Today, their ruins attract to these places many people practicing Judaism. Since the beginning of … Read all
All unique sightseeing Iraq 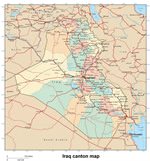 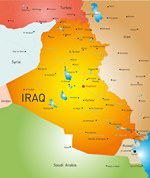 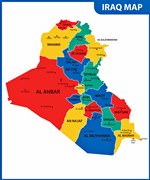 Sightseeing in popular cities of Iraq

Baghdad
Abū Jaʿfar al-Manṣūr, the second Abbasid Caliph, founded the city in 762. Initially, he named the city Madinat al-Salaam or The City of Peace. Locals considered this name as a symbol of peace and prosperity. The name Baghdad became dominant later, turning into the only name of the settlement by the 11th century. The new city quickly became an important settlement and the center of the Abbasid Caliphate. The importance of Baghdad was growing due to its beneficial geographical and … Read more