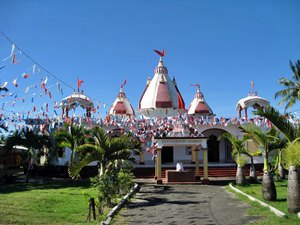 The culture and character of the locals are very peculiar and have a lot of unique features. Thus, in the daytime on the city streets, you can see passers-by wearing bright beach clothes. But once you enter one of the elite restaurants, a completely different picture appears - men in stylish formal suits and women in elegant evening dresses. Here, not only women but also representatives of the stronger sex pay great attention to the wardrobe. Going on vacation to Grand Baie, be sure to take with you the most fashionable clothes, as well as a few elegant dresses for special occasions.
Cuisine of Grand Baie for gourmet with top restaurants and cafe
Speaking about gastronomic features of the city, we should first highlight the abundance of exotic fruits and seafood forming the basis of the national cuisine. In colorful food markets, …

Open
One of the most striking character traits of the locals is gambling and passion for games. They play literally everything, from the usual lottery to casino card games and betting on horse racing. Travelers are offered to try their luck as well. It's quite possible that the coveted lottery ticket will bring good fortune and make all wishes come true.
Local residents treat visitors with curiosity and are always ready to help. They will gladly show the way to the place of interest, and sellers in local shops will surprise visitors with their politeness. Welcoming and kind citizens should be thanked for their help. In some cases, it is quite appropriate to offer a small cash reward that will be greatly appreciated. Copyright www.orangesmile.com
Excursion over cultural sights of Grand Baie - 'must visit' points of interest
In addition to magnificent beaches, Grand Baie boasts an abundance of unique attractions, which would be of interest to any traveler. An interesting cultural institution is the Museum of …

Open
Grand Baie's gastronomic culture is distinguished by an abundance of interesting traditions as well. Spicy herbs that have been grown here since the middle of the 18th century are now an integral part of national cooking. Many travelers prefer to buy spices as souvenirs. There are many shops specializing in spices in the city; a rich selection of seasonings is also available in local markets. 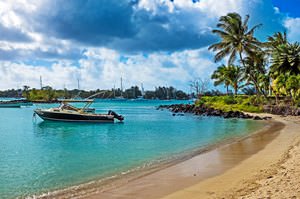 Speaking of local markets, their national color should also be noted. Visitors will be impressed by a wide range of products, Grand Baie markets have long ceased to be ordinary trading grounds. Interesting fairs and sales take place here, visitors can enjoy national food, and many go to the market just to meet people they know and spend time with friends. A kind of ritual is bargaining, which has become a mandatory attribute of relationships between the buyer and the seller. In private stores, visitors can also count on discounts and bonuses, but don't forget to thank the seller!
Your active city break in Grand Baie. Attractions, recreation and entertainment - best places to spend your day and night here
Grand Bay is the best holiday destination for fans of water entertainment. There are several beautiful sandy beaches and all sorts of sports centers on the territory of the resort. Pereybe …

Open
The festival year in Grand Bay begins with the Chinese New Year celebration, which usually falls on January or February according to the Chinese calendar. The holiday itself marks the expulsion of evil spirits. On this day, it is customary to get together with family and friends and have a picnic. At the end of the holiday, all its participants will have the traditional Chinese “Lion Dance”. In addition, visitors are presented colorful parades with the most important symbol of China - dancing dragons. The procession is accompanied by fireworks and, of course, fun that reigns everywhere. 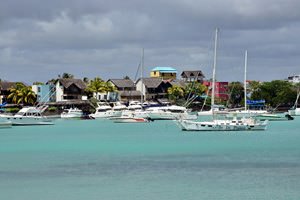 After the Chinese New Year, the Hindu holiday Kavadi follows. This is one of the most interesting and distinctive festivals on the island. It is dedicated to the holy mountain, which is symbolized by a bowl filled with milk and decorated with flowers (made of metal, wood or plastic). "Kavadi" is how they are called. These bowls are fastened to people's backs with needles, after which they go to the sacred statue in the city and present kavadis as a gift. At this time, initiates walk on hot coals. It will surely become a pleasant memory for those who've never seen anything like this.
Advices to travellers: what you should know while being in Grand Baie
1. The best time for vacations is from September to February, the rainy season begins in late February and lasts until May. The peak of the tourist season usually falls on Christmas …

Open
At the end of February or the beginning of March, it is time for another Hindu holiday, namely Maha Shivaratri. It is held in honor of the god Shiva. It is presented water previously collected in the sacred lake Ganga Talao in one of the Shiva shrines. Usually, this is the main Shiva temple located in Grand Bay. In addition, tradition requires washing with the same water from Ganga Talao, which happens early in the morning. It cannot do without a fair that opens on this day and offers many entertaining gizmos. 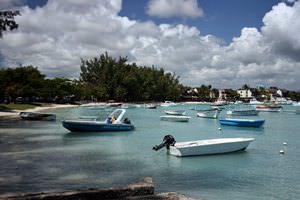 Maha Shivaratri is followed by the most famous Hindu holiday, namely, Holi. This is the time of paint splashing accompanied by songs and dances, and, of course, fun and joy spreading everywhere. The next holiday is of national importance, we're talking about Independence Day, which is celebrated on March 12. At this time, parades, traditional musical concerts, and dance performances take place on the central streets of the city. The holiday marks gaining independence from Britain in 1968.
Extraordinary weekend in Grand Baie - unusual places, services and attractions for travel gourmet
…

Open
In late August or early September, you can witness such an event as Ganesh Chaturthi. Celebrating in honor of the elephant-like god is of great importance for the inhabitants of Grand Baie. At this time, a heavy statue symbolizing Ganesh is brought to the water. It is necessary to immerse it into the water before sunrise so that happiness and good fortune accompany the locals for the next year. In late October or early November, the Muslim holiday Eid-al-Fitr marking the end of the holy month of Ramadan takes place. This day is usually spent in prayers in mosques where believers get food. On this day, it is customary to give alms to all who need it. 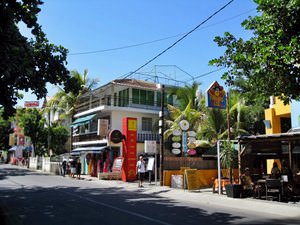 Diwali is another Hindu festival widely celebrated in Grand Baie. It is held in late October or early November. This is one of the most picturesque holidays dedicated to the battle of the god Rama against the great evil of Ravana. Local people who profess Hinduism put bulbs on their houses and decorate them with electric lights. All central streets do the same, thus resulting in a kind of "light show". All this light is the embodiment of the victory of Rama over the great evil. On this day, it is also customary to share food with neighbors and family members.
Grand Baie design-hotels for stylish travellers
One of the most stylish and attractive hotels in the resort is the Clos du Littoral by Evaco Holidays. Guests will have access to fully equipped villas with a very beautiful finish made from …

Open
A widely celebrated Christian holiday is the Day of All Saints falling on November 2 when residents commemorate the dead bringing flowers to their graves. There are no celebrations at this time, it is a family holiday. Apart from that, the Catholic Christmas and, of course, Easter are widely celebrated in the local Christian community. Christian traditions are observed in the same way as in Europe, there are no strong differences in customs in this case. The same Christmas tree and well-known chocolate eggs for Easter - the only difference is that everything is happening in a little paradise.

This guide to traditions and festivals in Grand Baie is protected by the copyright law. You can re-publish this content with mandatory attribution: direct and active hyperlink to www.orangesmile.com.
Grand Baie - guide chapters 1 2 3 4 5 6 7 8 9 10 11

City tours, excursions and tickets in Grand Baie and surroundings

Cathedrals and basilicas near Grand Baie
♥   Cathédrale Saint-Louis, Port-Louis, 19.4 km from the center. On the map

Colors of Grand Baie in photos

Traditions and festivals in cities around Grand Baie

Grand Gaube
You can't miss your chance to see the local dance Sega. It came from Africa together with the first slaves brought by Europeans and remained in this little paradise as a national tradition. This is a stunningly fiery and fun dance, during which you can feel part of the Mauritian culture as if plunging into its mystery. Women dressed in bright skirts dance like Indian ... Open »
Belle Mare
The natives are very curious and never hesitate to ask people about something they are really interested in. There are no any forbidden topics like financial standing or religion issues. This should be taken into account by those who might find such questions tactless - it's not uncommon here. Local residents are tolerant, otherwise, it would be hard to imagine such a ... Open »
Le Morne
The festival is largely focused on beginners in sports entertainment who can practice their favorite ones under the guidance of experienced instructors and athletes. In the daytime, beaches of Le Morne and its surroundings turn into huge outdoor sports grounds, and when nightfall comes, into the venues for noisy and fun-filled parties. Noisy discos and theme nights are ... Open »
Antananarivo
Circumcision ceremony is one of the oldest and most important rituals in the life of any man in Madagascar. As a rule, the ceremony turns into a festive celebration that can last up to several days. This is the time when numerous guests gather to enjoy delicious treats. According to an old tradition, guests cannot come in red clothes to this celebration. Various competitions ... Open »
Mahe Island
Local beliefs are also quite fascinating. The majority of the local population is Catholics. Then, descendants of African slaves and settlers from Madagascar have amazingly united their own traditional religions with Christian beliefs. People here still believe in good («Bonfem du Bois») and evil («Ti-Albert») warlocks, in power of rituals and spells and go to church on a ... Open »
Victoria
Within the Mind Body Spirit Festival numerous local spa-centers and health complexes offer their clients special healing programs, treatments and therapies. Each day scenic beaches hold various sport and entertaining events. Guests of the festival have a chance to try different curing programs among which one can find rather unusual therapies and treatments. Thus, not many of ... Open »

Cityguide on traditions, mentality and lifestyle of people in Grand Baie. Learn the best periods to visit Grand Baie to discover its soul - authentic festivals, events and celebrations. We will also reveal the interesting habits, attitude towards the world and to tourists in Grand Baie.