Sightseeing in Le Morne - what to see. Complete travel guide 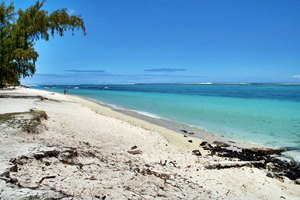 Le Morne is a peninsula in the south-western part of the Mauritius Island. The island is located on the south-west of Indian Ocean. This is a true paradise in tropics; the temperature here doesn’t drop below +20C even in the coldest time of the year. In this region of the world you will find numerous exotic animals, especially giant sea turtles that amaze travellers by their size. Le Morne is the gathering of all secret dreams of any tourist.
Family holidays with kids in Le Morne. How to entertain your child, things to show to children.
The Mauritian "Little Paradise" of Le Morne is a great place to spend your vacation. Here you can either bask in the scorching sun of Mauritius feeling incomparable bliss, or enjoy active …

Open
This place has become a tourist destination absolutely occasionally – long time ago Le Morne became home to slaves who had managed to escape. When they were found, people quickly understood this unique region could become a successful travel destination.
556 meters above the peninsula raises a hill and a rock made of basalt. The nature of this region simply amazes visitors. Thanks to UNESCO Le Morne is present in the list of the world’s heritage. Copyright www.orangesmile.com
Cuisine of Le Morne for gourmet with top restaurants and cafe
The formation of local gastronomy was greatly influenced by the traditional cuisines of India, Europe, and Arab countries. One of the main and most common products for local residents is …

Open
The peninsula features tropical marine climate, wonderful picturesque looks of the Indian Ocean, rich flora and exotic fauna. All these facts make Le Morne a kind of oasis that brings the atmosphere of joy and a paradise on earth to its visitors every day. 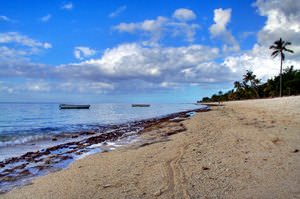 Tourist infrastructure of the island is well-developed. Here you will find large selection of hotels that feature highest quality of service comparing to most luxurious hotels of Europe. We recommend booking hotels in Le Morne beforehand, because this place is traditionally very popular among tourists.
Authentic traditions, festivals and lifestyle of Le Morne inhabitants
The culture and traditions of Le Morne are very multifaceted, as it is home to representatives of a variety of nationalities. Immigrants from India and European countries, many immigrants …

Open
Besides rest on beach and warm crystal clean water this place is great for scuba diving, because the waters near Le Morne feature rich underwater life.

Near the peninsula is one of the most amazing natural attractions of the planet - the illusion of an underwater waterfall. Not far from the coast is a coral reef formation, which along with sandy and muddy sediments forms directed currents of water. It is most interesting to admire this original landmark from the heights. For this reason, interesting helicopter tours are organized for tourists. 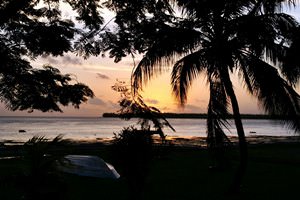 The best place for an evening getaway will be the charming Brabant Beach. Unlike many other beaches, there are almost never waves on this beach, because it is reliably hidden from the wind behind the slope of the mountain. This beach is popular not only among beach lovers, but also among lovers of romantic nature. This is an ideal place to watch the sunset.
Excursion over cultural sights of Le Morne - 'must visit' points of interest
The main treasures of tiny Le Morne are its picturesque beaches and interesting natural attractions. To find historical and cultural sites, fans of excursions should head to the neighboring …

Open
Another popular entertainment for guests of the resort is visiting the local caves. Along the coast there are a lot of them. Such excursions are very popular among tourists with children. Some caves can be reached only by water. Only one such trip will be an unforgettable event. 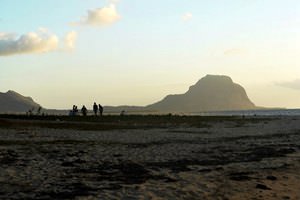 Not far from the coast there is a small rocky islet Crystal Rock, where fascinating excursions are carried out. On this island, the area of ​​which is only a few square meters, there is vegetation. Next to it lives a huge number of exotic fish. The depth in these places is relatively small, so it is not difficult for adults to get here by swimming.
Your active city break in Le Morne. Attractions, recreation and entertainment - best places to spend your day and night here
Beach recreation and water sports are the main forms of entertainment for guests of Le Morne. Beaches located in the resort are among the best in the world for surfing. Throughout the year, …

Open
The mountain Brabant remains a permanent symbol of the resort. Along its slopes are laid many interesting tourist routes. There are relatively simple routes for which no special training is needed, and there are tours for experienced climbers. During such walks, travelers can see a lot of exotic plants, as well as incredible geological formations, for which these places are famous. For fans of hiking tours, the most popular entertainment is a climb to the top of the mountain, from which an amazing view of the surroundings unwraps. 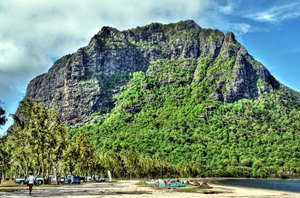 In one of the parks, there is a very symbolic monument called International Slave Route Monument, which for locals, is one of the main national symbols. This monument reminds of the times of colonial rule and is a symbol of freedom for the inhabitants of local villages.

This guide to iconic landmarks and sights of Le Morne is protected by the copyright law. You can re-publish this content with mandatory attribution: direct and active hyperlink to www.orangesmile.com.
Le Morne - guide chapters 1 2 3 4 5 6 7 8

City tours, excursions and tickets in Le Morne and surroundings

National and city parks around Le Morne
♥   National Park 'Black River Gorges' , 9.1 km from the center. On the map

Sights around Le Morne from our guide 'Extreme places on Earth' 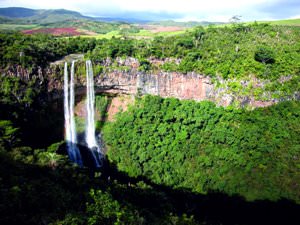 Distance from Le Morne center - 13.3 km.
The total height of the complex is about 300 meters which allows them to be among the highest waterfalls in the world. The area around the waterfalls never stands empty. Excursion groups come here every day and many tourists spend days in these spectacular places. All hiking excursions under the experienced guidance of the locals are also offered to the visitors. So that a walk to the waterfalls will be even more interesting and enriching. … Read further

Besides beautiful nature, the island of Mauritius attracts guests with its fascinating architectural landmarks and great choice of entertainment to fit any taste. Several important landmarks are located in the capital of the island, the city of Port Louis. There is a beautiful building of Government House, and one of local medieval houses has been turned into the Museum of Natural History. Racing has become a very popular entertainment on weekends. The event traditionally takes place on Champ de Mars. … Open

Search touristic sites on the map of Le Morne

Sightseeing in regions nearby Le Morne

Port Louis
Chamarel Waterfall consists of the three water streams that fall into the jungle from the highest point of the plateau with quite a loud noise. The waterfall is situated in the Black River Gorges National Park in the southern part of the island. Nowadays, tourists enjoy visiting the waterfall that looks breathtaking. Lush tropical flora and falling water create an ... Open »
Balaclava
Balaclava is a relatively young resort situated in the northern part of Mauritius. It took just several years to become amazingly popular among tourists from all over the world. The resort is a wonderful place for all people who enjoy beach rest. A magnificent hotel is located on the territory of the resort. It is equipped with modern techniques and has a spacious beach, a ... Open »
Belle Mare
In the last thirty years, tourism in Mauritius is developing by leaps and bounds, the result is that now the archipelago is famous for excellent opportunities for beach recreation, ecotourism, diving, fishing and other active water sports. In addition, the island has well developed tallaso-therapeutic and wedding tourism. All beaches on the island are sandy, consisting of fine ... Open »
Grand Baie
Grand Baie is a unique resort destination that is located in the northern part of Mauritius. This place attracts tourists from all over the world by its beautiful nature, amazing sunrises and sunsets, high quality service and fantastic level of accommodations. This is a city where many young couples want to spend their honeymoon. Convenient location of the city helped to turn ... Open »
Grand Gaube
Grand Gaube is a town located not far away from Grand Baie. Many years ago it also was a small fishing village; today this is a resort zone. The population of this town is still mainly involved into fishing and growing sugarcane and vegetables; tourist business services have also become popular within last years. Tourists traditionally seek endless beaches and emerald crystal ... Open »
Antananarivo
The most colorful and attractive city of Madagascar, Antananarivu is located on two picturesque hills. Here you will find multiple cozy parks and terraces, fairytale-like castles and museums that make the city attractive and unforgettable in the eyes of travelers, who are ready to visit Antananarivu again and again, enjoying the splendor of ancient buildings and marvelous ... Open »

All about Le Morne, Mauritius - sightseeings, attractions, touristic spots, architecture, history, culture and cuisine. Prepare your trip together with OrangeSmile.com - find out the 'must see' things in Le Morne, which places to visit, which excursions to take, where the breathtaking views are waiting for you. Planning your trip with this travel guide will help your to get the most out of Le Morne in few days.