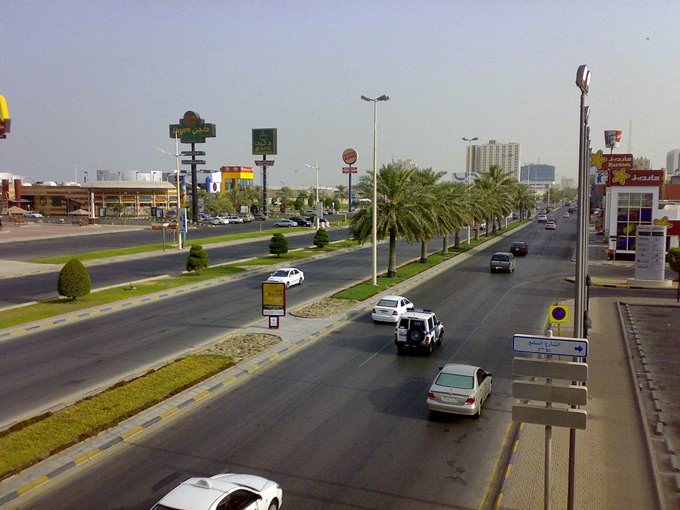 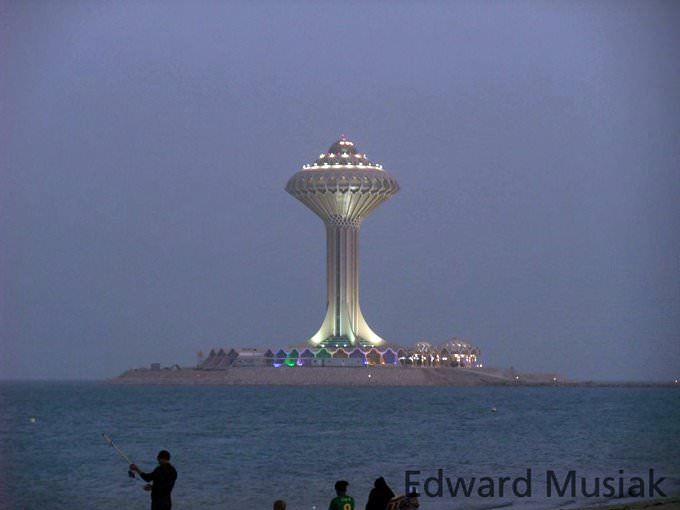 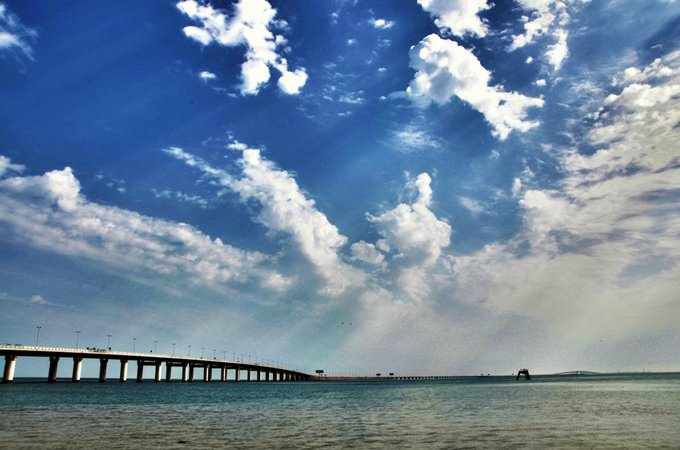 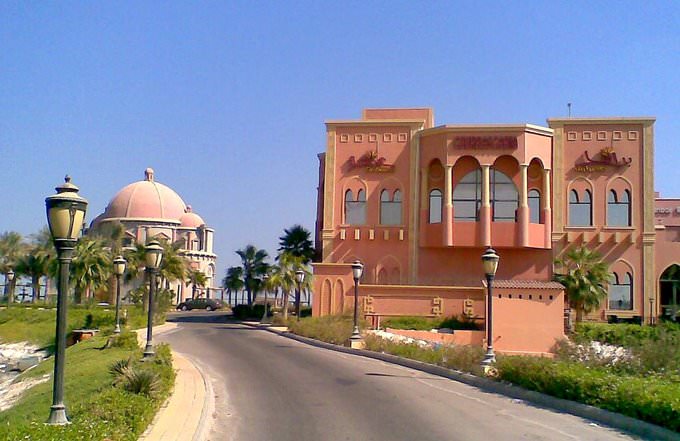 Restaurant at Al Corniche in Al Khobar by Vladislav.Bezrukov @flickr 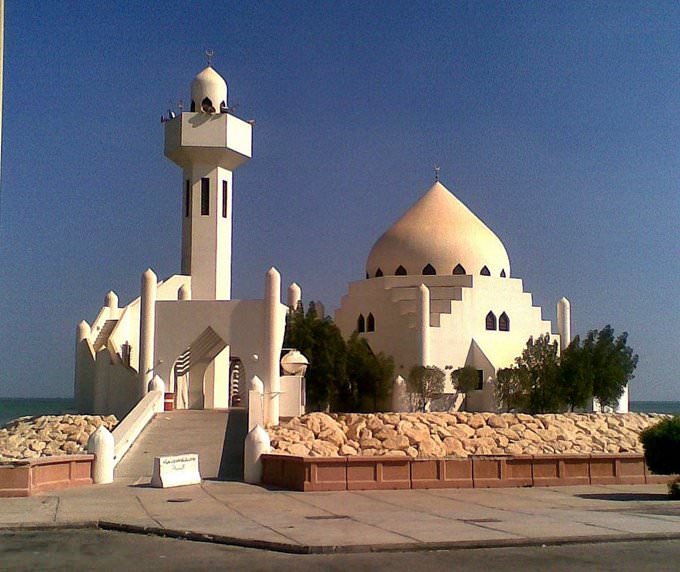 Mosque at Al Corniche in Al Khobar by Vladislav.Bezrukov @flickr 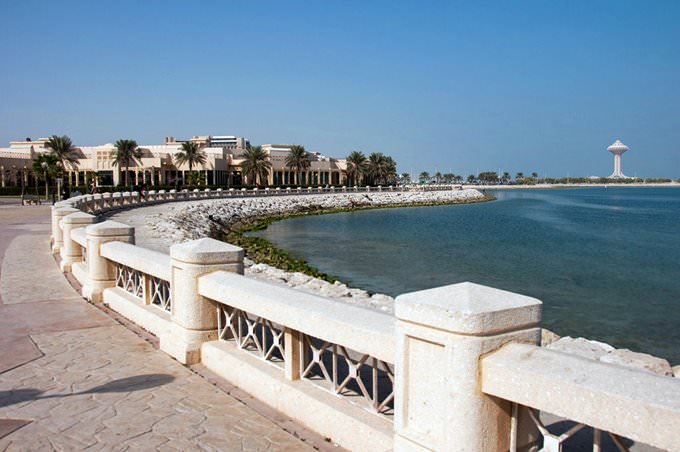 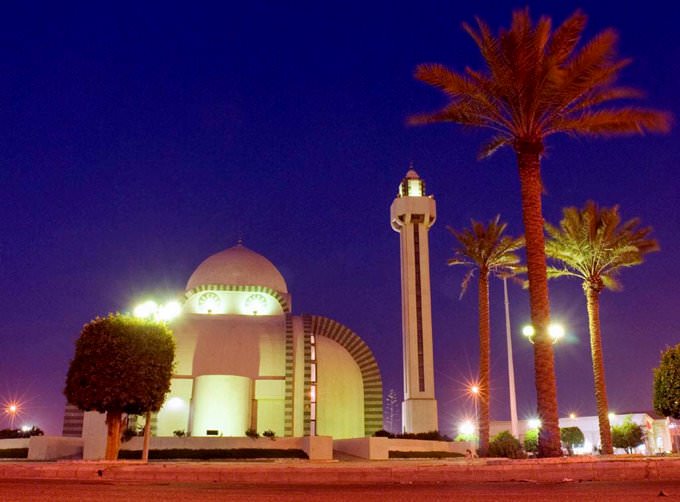 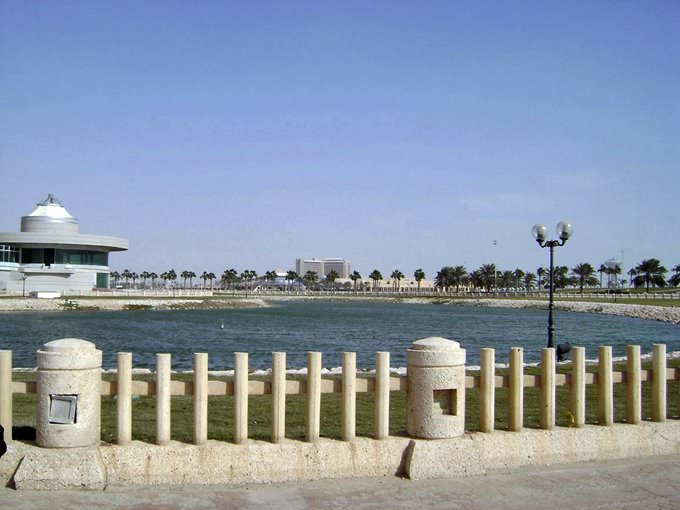 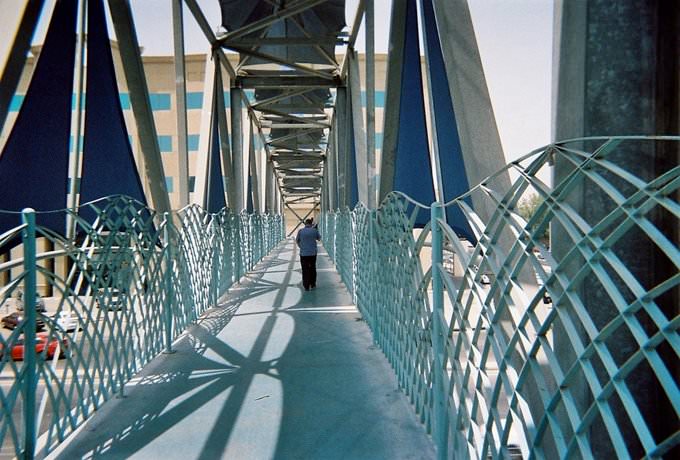 Saudi Arabia has always been a large centre of pilgrimage. Despite the fact that this country doesn't do much to promote its tourism industry, every year the country is visited by thousands of travelers, who want to see beautiful ancient cities and internationally famous sanctuaries. … Open

Chapters of the guide to Al Khobar

The city will definitely impress everyone who loves walking, as there are a lot of beautiful parks. One of the biggest and most beautiful parks is Iksan. When walking through it, you can admire exotic plants and unusual landscape decorations. In the park, there is one of the most significant religious attractions, the Mosque of King Fadh. It is the biggest mosque in the city that is decorated according to the finest … Open

Besides beautiful beaches the city offers wonderful parks with numerous fountains of amazing beauty. Guests will also find here a large zoo and a botanical garden. Finally, large entertainment complexes will help to have fun and enjoy interesting pastime. Shopping malls are quite often the largest and most prestigious entertainment complexes on the East. Al-Rashid supermarket provides its visitors with maximum … Open

Search touristic sights on the map of Al Khobar

Photogalleries of neighbours of Al Khobar

Isa Town
Isa Town is rich in wonderful historical landmarks and amazing sculptures. Don’t forget to visit Pottery Roundabout – an interesting monument in the shape of a ceramic flagon. This monument is linked to the past of Isa Town. The region has always been famous for its pottery, so one of the main monuments in the town is a tribute to this craft. People who have never liked ... Open »
Manama
Many people prefer to relax on the Reef Islands, as it is very calm and peaceful here. This is one of the new areas of Manama, with an abundance of skyscrapers and interesting restaurants. The only caveat is, you cannot just take a walk here, you have to reserve a table at a restaurant (on the way back, you must show a check). Nevertheless, it is worth it thanks to the views ... Open »
Doha
The city is famous for its religious attractions. The territory of Doha is home to 120 mosques. They were built in different periods, so every building is different from another and has its own unusual history. Al Ahmed Mosque is widely recognized as the most ambitious religious building. This beautiful two-story building differs by its original architectural style and luxury ... Open »
Riyadh
Tourists will discover ancient fortresses and museums, modern sky-scrapers and exhibition centers among numerous sites and landmarks of Riyadh. The Diraya district is a recommended starting point of the city exploration for tourists providing the best chance to learn its history, traditions and customs. The first capital of the country was found on the territory of the modern ... Open »
Kuwait City
Get acquainted with the colonial period in the life of Kuwait in Dickson House Cultural Center, on the ground floor of which are rooms where the interior of that time has remained virtually untouched. The cultural center is named after Harold Dickson who was a colonel during the period of a British protectorate in Kuwait. In addition to the interior, there are interesting ... Open »
Abu Dhabi
Car enthusiasts should definitely visit another place in the capital of the UAE, which is the Emirates National Auto Museum. It is a private collection of Sheikh Hamad bin Hamdan Al Nahyan. The most valuable exhibit here is a Rolls-Royce, which was in the possession of the royal family of Great Britain. Also in the collection is a 5-meter tall Dodge, and a chic trailer, where ... Open »
Jumeirah
Despite the fact that Jumeirah is the most modern area in Dubai, it is not deprived of archaeological landmarks. Scientists keep working in a part of the neighborhood and keep finding priceless artifacts. A significant part of the excavated items belongs to the pre-Islamic era. Everyone is welcome to see the collection of the archaeological artifacts found in Jumeirah in ... Open »
OrangeSmile.com - online travel reservation expert providing reliable car rental and hotel booking services. We feature more than 25.000 destinations with 12.000 rental offices and 200.000 hotels worldwide.
Secure Server