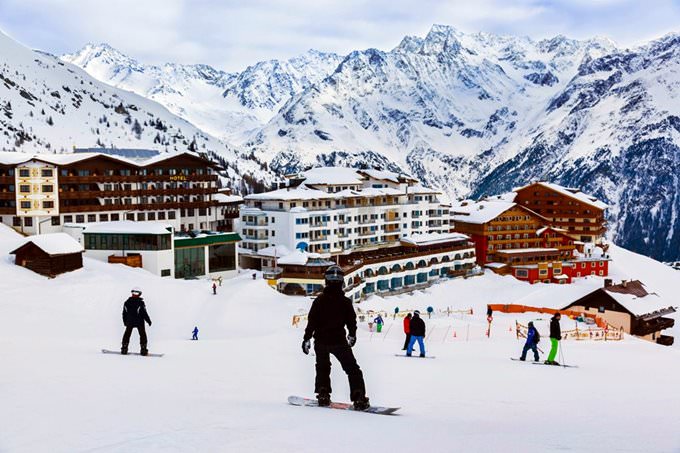 Acquaintance with many historic and natural sights of Sölden gives a lot of impressions, as each of them is unique and has its own history. A water mill is one of the oldest buildings that have managed to survive here. Built more than 150 years ago, the structure is fully functional, which makes it unique today. The last major reconstruction of the mill was carried out in 1990. A small museum dedicated to the history of the region was opened within its walls.
Guide to Solden sightseeing - things to see and to visit
Sölden is a world-famous ski resort and a permanent venue for holding world-class competitions. The picturesque town is situated in the Ötztal alpine valley and is its largest settlement. …

Open
The symbolic local landmark is the Piccard Memorial (Monument Auguste Picard) erected in 1989. The monument is dedicated to a significant event that took place on May 27, 1931. On this day, Auguste Piccard's stratosphere balloon landed at the Gurgler Ferner glacier (Gurgl

), as is reminded by a plaque installed next to the memorial. One of the most interesting religious sites in the region can be found in the immediate vicinity of Sölden, in the village of Obergurgl

. This is the Church of St. John Nepomuk dating back to 1726 that has remained the highest parish church in Europe after almost 200 years. It has managed to preserve both its original appearance and a lot of priceless religious artifacts.
A religious attraction of a later period is a church located on Mount Rotkegl. As shown in a memorial tablet installed next to the church, it was built in 1956 by Hans Fender. He fulfilled this vow in this way and thanked the higher forces for helping him to return safely to the homeland. Copyright www.orangesmile.com
Top hotels in Solden for business trip or short vacation
Sölden offers its foreign guests more than three hundred different inns and hotels for a comfortable stay in the city. Das Central – Alpine. Luxury. Life is considered a resort's …

Open
In 1991, there was an event that attracted the attention of the whole world. A group of tourists found a perfectly preserved human mummy frozen in ice on the Similaun

Mountain. As it turned out later, the age of the mummy was more than 5,000 years. The prehistoric man was given the name of Ötzi, and on the spot of the mummy's discovery, a memorial sign was erected. 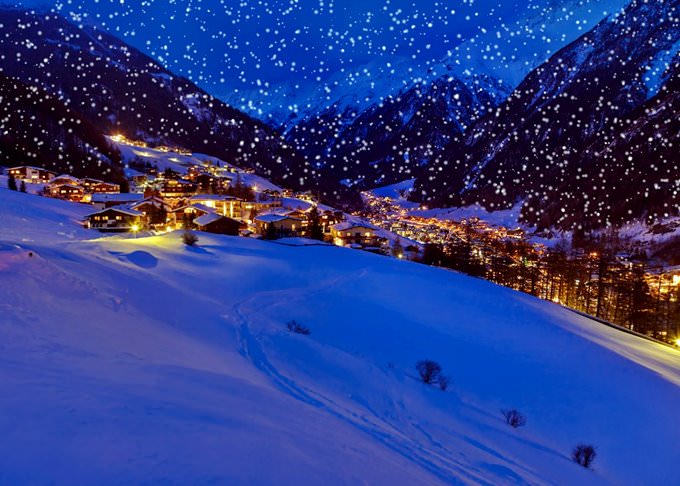 The most important natural attraction of the region is Tsirbenvald Pine Forest. It begins at an altitude of 1,950 meters and covers an area of more than 20 hectares, rising to a height of 2,180 meters. In 1963, this forest was declared a national reserve. Walking through Tsirbenvald is incredibly popular among foreign tourists. Another important symbol of Sölden is the Timmelsyoh

route, which connects the Ötztal Valley to the nearby valleys of Merano

. It passes at an altitude of 2,509 meters and is the highest in the Eastern Alps. It is important to keep in mind that the route is only open from June to October.

In the section below, you can get one of our excursion, activities or city discovery tours over Solden and surroundings. Our website offers 10-30% lower ticket prices, when compared to the offline purchase on the spot.

This guide to cultural sights Solden is protected by the copyright law. You can re-publish this content with mandatory attribution: direct and active hyperlink to www.orangesmile.com.
Solden - guide chapters 1 2 3 4
Reference information
Map of all palaces

Public palaces near Solden
♥   Palace 'Schloss Ambras' Innsbruck, 46 km from the center. On the map

Cathedrals and basilicas near Solden
♥   Basilika St. Michael, Absam, 52.6 km from the center. On the map

Unique spots in Solden and near Distance from Solden center - 58.2 km.
Many people choose Dolomiti for a winter vacation. There are a lot of various placed of interest and good ski routes. Ski resort Arabba is one of the most extreme in the world. There you can find the most complex routes. The beginners in skiing or families can go to Tre Valli. It has a lot of entertainment and rich nature. … Read further Distance from Solden center - 58.4 km.
After more than a century its sports and entertainment infrastructure became perfect. Today, there are 82 ski lifts on the health resort, and the general length of its slopes is 280 km. St. Anton is considered to be the best health resort in Austria for snowboarders, as well as for cross-country skiing enthusiasts. The first-class sports center is open all year round in the health resort, which offers to the clients, in addition to the traditional training room and swimming pool, the excellent salt cave with the waterfall, the massage parlor and the wellness center. … Read further Distance from Solden center - 62 km.
Arlberg Road Tunnel is one of the outstanding attractions of the country. It is used by over 18 million people annually. The Arlberg road tunnel and the Arlberg railway tunnel is one single complex, though the railway tunnel was built much earlier, in the late 19th century. The tunnels are interconnected by lots of cross-connections, the minimum distance between them is 150 metres. … Read further

Photogallery of cultural heritage of Solden

Excursions over cultural sights of neighbours of Solden

Fulpmes
Schlicker Alm is among the most interesting attractions of Fulpmes. The hike to this chapel can turn into an unforgettable adventure. The tiny chapel, the route to which runs through magnificent places, is located at a height of 1 616 m. The tourists who don’t want to waste their time on hiking can reach the religious monument by funicular. In the surroundings of the ... Open »
Seefeld in Tirol
Currently, the whole territory of the fortress is converted into a large entertainment complex housing several interesting shops, fine restaurants and a cinema. Travelers who travel to the resort in the summer will be able to visit an open-air cinema located outside the fortress. In addition, the beautiful castle is a permanent venue for concerts and theatrical performances. ... Open »
Innsbruck
Golden Roof is one of the symbols of the city. The roof decorates a beautiful historical building of the 15th century. On the facade of the building you will see an amazingly elegant painting depicting the royal family. The roof of the former imperial residence consists of 2738 gilded tiles. Nowadays the building houses the exhibition of Historical Museum. You should definitely ... Open »
Tirol
The palace is of great interest from an architectural point of view; it is made in the best traditions of Renaissance style and is home to the large-scale art gallery. Every year, the palace hosts Early Music Festival and other interesting cultural events. There is the lovely medieval fortress in Kufstein; modern travelers known it as the Emperor’s Tower. The fortress was ... Open »
Bolzano
Without a doubt, the historical part of the city is the most interesting for tourists. Piazza Walther is the heart of Bolzano. The magnificent square was constructed in 1808. For many years, it was the place of the most famous events in the life of the city. There are several magnificent historical buildings near the square, with the Cathedral being the most famous of them all. ... Open »

Culture guide to Solden. Which fascinating sights to visit once you are in Solden: temples, churches, museums, theaters and castles. Recommendations (with addresses, phone numbers and links) on the places 'must visit' in Solden. Plan your own city excursion by using this page info!