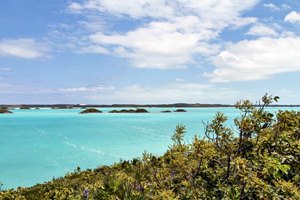 Providenciales was discovered along with the other islands of the archipelago in the 16th century. Until that time, no one lived here, and immediately after the discovering of this land, the Europeans were not too eager to populate this piece of land. Over the years, planters and their black slaves gradually gathered here and organized the cultivation of cotton. Alas, fortune is changeable, cotton did not always grow and the slaves wanted freedom. Finally, most of the colonizers left the island, and the estate in the majority was destroyed by time and collapsed.
Top hotels in Providenciales Island for business trip or short vacation
A choice of comfortable Providenciales hotels to accommodate in is more than worthy. The boutique hotel The Regent Grand is situated on the coast of the Grand Bay; it will enchant guests …

Open
If you want to learn how planters lived here in the 19th century, you can visit Cheshire Hall Plantatio - a museum complex, located on the place of a former cotton plantation. During the tour, you will have a chance to see the ruins of buildings of different purposes, from agricultural buildings to the houses of slaves and the manor house. Moreover, there is a unique opportunity to see preserved household and interior items with your own eyes. In the area of Richmond Hill you can see the ruins of other plantations, once successful, but now going into oblivion under the onslaught of time and weather.
Do you want to get to know the culture of the black people of Providenciales? Then you should go to Tiki Hut - a small village which inhabitants try to maintain the traditional way of life. There are almost no reminders that today is the 21st century, but not the 19th. Old dresses of men, women and children, buildings, way of life, unchanged for several centuries – all these traditions are incredibly interesting and won't leave anybody indifferent. A trip to Tiki Hut will not take much time, but if you want to learn more about the settlement and its inhabitants, you can even stay overnight here. Copyright www.orangesmile.com
Shopping in Providenciales Island - main shopping streets, outlets and boutiques
Going to Providenciales Island, remember that you can get local currency here, but you should exchange money from other countries only if you want to buy a banknote as a souvenir. It is …

Open
Another attraction of the island is Caicos Conch Farm - the world's only farm for growing giant Royal shells strombus gigas. These incredibly beautiful molluscs are under the threat of destruction today. On the farm, you can not only see with your own eyes all the stages of growing cephalopods but also listen to an exciting lecture about the features of the structure and functioning of these huge creatures. Here you can donate money for the preservation of this mollusc, and buy a rare shell, which was precious among local inhabitants. 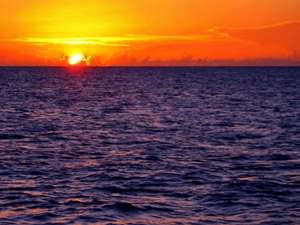 The British who gradually began to settle the island, of course, were thinking about the defence of the plantations against raids of pirates. For these purposes, they built Fort George Cay on a fairly large hill. The building became unnecessary a century ago, and since then it gradually collapsed. Today, there are only ruins left of this gorgeous building. Another attraction can be found only by those who are fond of diving or snorkelling. It is a battery of anti-ship guns of the 17th century, once defended the island. Since its installation, part of the territory of Providenciales went under water, and the guns were at the bottom of the sea, where they lie to this day.
Guide to Providenciales Island sightseeing - things to see and to visit
Providenciales is one of the largest islands of the Caribbean, and the part of the Caicos archipelago. Island’s white sand beaches are among the best in the Caribbean; it’s …

Open
The planters ' fears for their lives and property were not unfounded. The reef Parrot Cay was occupied by the pirates in the 18th. Today, anyone can visit the former base of sea robbers, just hire a boat or join a tour group. If you want to admire the map of Turks and Caicos almost in 3D, you can find it in Kingstown, near the diving centre. If you wish, you can visit the Church of Our Lady of Divine, where Sunday mass is held every week. This is quite an interesting example of a modern religious building.

In the section below, you can get one of our excursion, activities or city discovery tours over Providenciales Island and surroundings. Our website offers 10-30% lower ticket prices, when compared to the offline purchase on the spot.

This guide to cultural sights Providenciales Island is protected by the copyright law. You can re-publish this content with mandatory attribution: direct and active hyperlink to www.orangesmile.com.
Providenciales Island - guide chapters 1 2 3 4 5 6 7 8 9
Car rental on OrangeSmile.com

Excursions over cultural sights of neighbours of Providenciales Island

Santo Domingo
The oldest street of the capital is the Calle Las Damas a hiking tour through which will turn to an exciting unforgettable adventure. Tourists will find wonderful buildings of colonial era at every turn. Each of the buildings located in the street has its own unique history. The most remarkable constructions of the street are considered to be the Ozama Fortress and the Columbus ... Open »
La Romana
Fans of exploring historical sites often take trips to Santo Domingo, which is famous for the variety of historic buildings. Since the days of colonization, many beautiful mansions and old churches have been preserved here, forming a unique historical appearance of the city. There are a lot of unique historical monuments here, most of the colonial villas today are converted ... Open »
Bavaro
Puntacana Ecological Foundation is another must-visit place for all nature lovers. This is a privately owned eco-reserve that occupies an area of 1,500 acres. Beautiful tropical forests, gardens, springs with crystal clear water, and natural lagoons will definitely impress guests. Tourists with children will like a petting zoo and an iguana habitat where they can see many ... Open »
Harbour Island
If you’re keen on modern art, then you’d definitely like the gallery on Princes Street. There are dozens of paintings depicting there, both by local and foreign artists who’ve been to the island. Moreover, you can go to Eleuthera by a ferryboat. The island is famous not only for its magnificent landscapes but for Preacher's Cave as well. At the beginning of the 18th ... Open »
Nassau
Its entire territory is now available for tours. Everyone can visit its old officer barracks, as well as see surviving military weapons. Part of the old fort was converted into a historical museum. It presents collections of ancient weapons, important historical documents, as well as exhibits related to the colonial development of Nassau. Since the fort stands on a small ... Open »
Kingston
One of the most beautiful historic buildings in Kingston houses a museum called the King's House. The first luxury mansion on its site was built in 1872, but during one of the earthquakes, it was completely destroyed. The building that one can see today was completed in 1907, and in 1962, a James Bond film was shot next to it. Now the old building is a vivid example of ... Open »