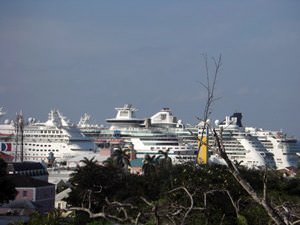 Nassau delights its guests with a variety of interesting historical sights. Many luxurious mansions have been preserved here since colonial times. Rawson Square surrounded by splendid buildings of the 18th-19th centuries is considered the center of the historic district. Beautiful historic streets begin at this square, each of the buildings preserved here is a unique architectural monument. Many old buildings are currently occupied by interesting shops and restaurants, which makes a walk through the heritage district very exciting.
Cuisine of Nassau for gourmet with top restaurants and cafe
Nassau is a perfect place to discover the traditional Bahamian cuisine. Regional cuisine is sure to impress fans of seafood, exotic fruits, and rare delicacies that are only found here. At a …

Open
In the south of the city is Parliament Square, around which the main administrative buildings were built in the 18th-19th centuries. Here you can see the Parliament of the Bahamas, as well as the House of Assembly and the Supreme Court building located next to it. The buildings have been used for their intended purpose since their construction, they still house representative offices of the main city authorities. Besides the beautiful architectural monuments, there is also a symbolic statue of Queen Victoria on the square.
One of the most visited city attractions is the Royal Staircase. It is a stone-carved staircase located on the side of a hill. Its construction began in the 18th century and lasted about 16 years. It is one of the many local monuments dedicated to Queen Victoria by colonialists. The queen spent 65 years on the throne, so the staircase built in her honor has 65 steps. It is noteworthy that it wasn't possible to complete the construction due to the abolition of slavery. For tourists, it is a popular photographed object, and climbing the steep stone staircase remains one of their favorite entertainments. At the top of the hill, they can find one of the most popular observation platforms. Copyright www.orangesmile.com
Authentic traditions, festivals and lifestyle of Nassau inhabitants
People living in Nassau are hospitable and cheerful people. Their sunny nature and positive attitude are reflected literally in all spheres of life. For hundreds of years, they've preserved …

Open
Among Nassau's most spectacular architectural attractions is the Parliament of the Bahamas. Its small two-story building with a facade painted white and pink was built at the beginning of the 19th century. The parliament building has remained virtually unchanged since its construction. A beautiful antique-style portico on its facade and splendid columns are well-preserved too. Experienced tourists recommend admiring the building in the evening - it looks especially impressive in the rays of the setting sun. 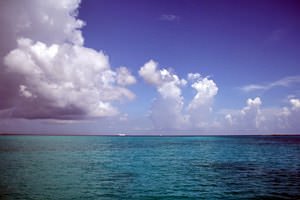 Besides colonial buildings, the city has preserved many interesting structures of other periods. In recent years, the old Nassau Water Tower has gained immense popularity among tourists. It was built in 1928 and since then it has been an important link in the island's water supply system. The tower attracts tourists with its unusual shape, as well as a viewing platform on its top, which is one of the most popular in the city.
Your active city break in Nassau. Attractions, recreation and entertainment - best places to spend your day and night here
The main entertainments for visitors to Nassau are beach recreation and water sports. Guests of the resort will also be able to diversify their leisure time by wandering through picturesque …

Open
In the immediate vicinity of Nassau is the ancient Fort Charlotte whose construction was initiated in the colonial period by King George III. He named the large-scale fort in honor of his wife Charlotte. Officially, the construction of the fortification began in 1787 and lasted more than ten years. At the time of its completion, the fort became one of the most powerful defensive structures on the island. Throughout hundreds of years of its existence, it has managed to avoid severe destruction. 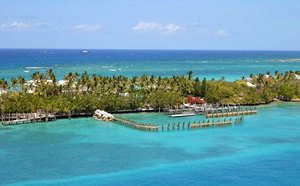 Its entire territory is now available for tours. Everyone can visit its old officer barracks, as well as see surviving military weapons. Part of the old fort was converted into a historical museum. It presents collections of ancient weapons, important historical documents, as well as exhibits related to the colonial development of Nassau. Since the fort stands on a small hill, its surrounding grounds offer a stunning panoramic view of the city and the coast.
Advices to travellers: what you should know while being in Nassau
1. Nassau has an international airport, which regularly receives flights from major cities in the United States, Montreal, London, and Toronto. The easiest way to get to the resort is …

Open
Of great interest from an architectural point of view is Nassau Public Library. It occupies a building of original octagonal shape built at the end of the 18th century. The interior of the building is as remarkable and original as its exterior. An interesting fact is that prison was located here in the middle of the 19th century, and in 1897, the city authorities decided to convert it into a book depository. Since its foundation, the main city library has been operated continuously. Besides ancient books, it also contains a very interesting collection of artworks of the colonial period.

This guide to cultural sights Nassau is protected by the copyright law. You can re-publish this content with mandatory attribution: direct and active hyperlink to www.orangesmile.com.
Nassau - guide chapters 1 2 3 4 5 6 7 8 9

At a glance, Balcony House in Nassau looks like an old and good looking wooden house painted in red that has a long balcony on the second floor. However, the building dates back to the 18th century, and it is believed that the Balcony House is the oldest standing residence in the city. Initially, it was a residential building, but it was transformed into a museum at the beginning of the 90s of the previous century. Inside, visitors will find carefully preserved two-centuries-old décor and many interesting artifacts. Pompey Museum of Slavery & Emancipation is not dedicated to the well-known and sad history of the city of Pompeii. This museum in the capital city was named after a rebellious slave, whose name was Pompey. His fearlessness inspired other slaves to fight for their freedom. Originally constructed in the middle of the 18th century, the gorgeous building became a museum in 1992. Nowadays, it exhibits many important documents about the fight of slaves for their freedom. … Open

Photogallery of cultural heritage of Nassau

Excursions over cultural sights of neighbours of Nassau

Harbour Island
If you like scuba diving, then you have a great opportunity to see a dozen of Spanish, English, and French sunken ships which are buried in the island’s area forever. Treasure hunters believe that there are pirate treasures hidden in the local caves and grottos. However, none of it was found yet. The local buildings relates to the period of English settlements. ... Open »
Abaco
There is a tremendous amount of «witnesses» of those days all around Great Abaco and Little Abaco and only experienced divers can reach them. We are talking about sunken ships, of course. There were tremendous battles between Englishmen, French, and Spaniards near the archipelago. What is more, Pirates had been inhabited its coasts for many tens of years and they made the ... Open »
Miami
Miami is a scenic urban boasting numerous entertaining establishments, upscale restaurants and shopping centers. At the same time the city features many landmarks and sights. Miami will turn to the favorite destination for the fans of tours and excursions. Among the architectural landmarks and sights the Villa Vizcaya is of the highest interest. This is a luxurious Italian ... Open »
Florida
This sunny state has won the recognition of travelers not only because of its favorable weather and fabulously beautiful natural places, but also due to an abundance of attractions. The excursion program offered by Florida is very rich and interesting. Even those who have never been to the United States know the John F. Kennedy Space Center specializing in scientific researches ... Open »
Kissimmee
You can also admire old cars at a small exhibition near the Silver Spur Rodeo venue. Rodeo is a true tribute to the love of Americans for cowboys and everything connected with them. You can see how the horses were driven in the past during the weekly show. You can understand the peculiarities of American life if you visit Osceola County Stadium. American football and baseball ... Open »
Orlando
Orlando is one of the most popular destinations of the United States of America among foreign guests. The place is annually visited by thousands of tourists. Orlando has justly got a nickname of the world capital of entertainment and recreation. Among main landmarks and sights of the city the Kennedy Space Center is of great importance. Curious tourists are offered to visit the ... Open »

Culture guide to Nassau. Which fascinating sights to visit once you are in Nassau: temples, churches, museums, theaters and castles. Recommendations (with addresses, phone numbers and links) on the places 'must visit' in Nassau. Plan your own city excursion by using this page info!