Sightseeing in Placentia Village - what to see. Complete travel guide 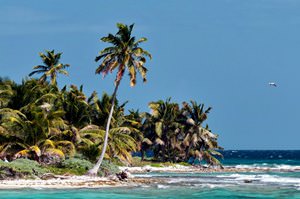 Belize is a magnificent place and a beautiful city that is famous by its tropical forests, amazingly mild climate and rich choice of flora and fauna. Official currency in Belize is Belize dollar. There are many banks in the city, the majority of which work from 8 a.m. and up to 1 p.m. However, you can exchange money almost everywhere – in the city’s airport, in a hotel, and even in many shops. The city was founded in 1970. The population of Belize estimates 7000.
Excursion over cultural sights of Placentia Village - 'must visit' points of interest
The southern part of the city is the most interesting area for tourists as this territory is rich in interesting architectural and historical objects. Start your observation of the city with …

Open
Belize has quite a well-developed infrastructure and here you will see multiple buildings that feature various architecture styles and splendor of modern technologies and convenience. Here you will also see a phenomenal number of sights and historical values. The main sights of Belize are Caracola ruins, Forest Reserve Mountain Pine Ridge, and “Stone Maiden” located on the top of the mountain. “Stone reservoir” Altun Ha is an archeological center of the country that traditionally attracts large number of students. Here were founded squares and temples of classical period, unique burials and the Temple of Stone Altar.
One of the main natural attractions of Belize is considered to be the Belize Barrier Reef. Its length is more than 280 km, the scale of it is second only to the Great Barrier Reef, located off the coasts of Australia. For tourists very interesting boat trips to the reef are organised, during which they can enjoy the variety of marine life. Particularly interesting excursions, which are performed in see-through floored boat. This unique reef is a real find for lovers of diving and snorkelling.  Copyright www.orangesmile.com
Your active city break in Placentia Village. Attractions, recreation and entertainment - best places to spend your day and night here
Fans of beach recreation and active pastime will definitely enjoy the time they spend in Belize. The city will also not disappoint fans of loud discos, as well as travelers who like to spend …

Open
In Belize there are a lot of interesting and beautiful places for walking, an iconic place is the Battlefield Park. Even in the first half of the 17th century, the locals organized meetings in his place and spent the most significant social events here. In memory of these historical events political meetings are now held in park, and various concerts and theatre performances are organised here too. This picturesque park is well equipped for the rest – there are numerous benches, as well as many street stalls, offering popular native food. 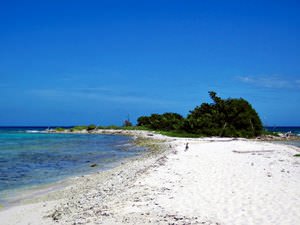 In addition to traditional museums the city has some very interesting cultural centres, a great example is Image Factory Gallery. It introduces visitors to the different areas of contemporary art, this gallery features paintings and interesting work of local photographers. The opening of the gallery took place in 1995, it regularly hosts interesting cultural events and meetings with local sculptors and painters. The gallery runs a very interesting shop where you can buy crafts of local artisans.
Advices to travellers: what you should know while being in Placentia Village
1. Tourists, who want to dedicate much time to excursions and exploring the resort on foot, should visit Belize in the period starting from December to April. The weather is usually nice on …

Open
Nature lovers should definitely visit the reserve of the Rio Bravo, the main inhabitants of which are exotic birds. Here, among the dense thickets of exotic plants and vines colourful parrots, toucans, and even tiny birds, which resemble bright butterflies can be seen. The reserve was founded in 1988 and covers an area of ​​about 930 square kilometres, it is the largest reserve in the country. Its territory is covered in hiking trails, during which you can walk along an incredibly beautiful rainforest. Today, the reserve is home to over 70 species of animals, as well as around 400 species of birds, the observation of which will be an unforgettable event.

This guide to iconic landmarks and sights of Placentia Village is protected by the copyright law. You can re-publish this content with mandatory attribution: direct and active hyperlink to www.orangesmile.com.
Placentia Village - guide chapters 1 2 3 4 5 6 7 8 9 10 11 12

City tours, excursions and tickets in Placentia Village and surroundings

National and city parks around Placentia Village
♥   National Park 'Laughing Bird Caye' , 19.8 km from the center. On the map

♥   National Park 'Mayflower Bocawina' , 46 km from the center. On the map

Sights around Placentia Village from our guide 'Extreme places on Earth' 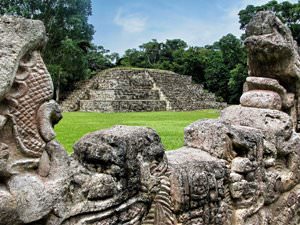 Distance from Placentia Village center - 182.2 km.
Today the empty Copán town attracts thousands of travelers, although the locals do not dare to enter their territory. They believe that the city was cursed hundreds of years ago and the terrible dragon has lived in their pyramids ever since. The natives believe that when the dragon is defeated, the flourishing city will revive. For the scientists, the commemorative inscriptions are particularly interesting, which can be found on the stone walls of the pyramids. They can be very slow to unravel, perhaps a clue to the culture of one of the most mysterious civilizations in the world. … Read further 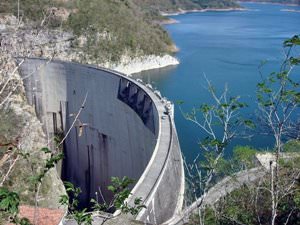 Distance from Placentia Village center - 178.2 km.
The main function of the dam is the electricity output and flood prevention for a great area. Since the dam building, this region became safe from tragic floods. During the rainy season, the dam keeps huge water volumes. The agricultural line has also improved with the advent of the dam. Earlier during the drought season, the fields suffered from the lack of water. Now they can be irrigated throughout the year. … Read further

Sightseeing in Belize: things to see

Active rest remains one of the biggest attractions of Belize. In this country one can experience some of the best zip lining in the world, during which you will fly over the jungle securely tied to a cable by a harness. Zip lining routes are very long here and consist of platforms built on massive trees. Other popular activities include cave tubing and scuba diving. … Open 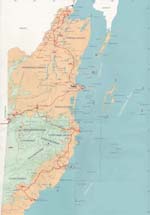 Search touristic sites on the map of Placentia Village

Sightseeing in regions nearby Placentia Village

Belize City
The area near Belize City is famous as one of the centers of the Mayan civilization. There are many Mayan ruins scattered across the country. One of them, Altun Ha, is located only 31 miles from Belize City. Many tourists also enjoy visiting Caracol. There are always tourist groups here who come to see the remaining ruins of the ancient city. Local woodcutters, who were ... Open »
Roatan
Another favorite pastime for vacationers is yachting, during which you can see most picturesque corners of the island, enjoy the culinary delights of local chefs and learn a lot of new information about the history of the city. A trip to Butterfly Park will be the most romantic entertainment. Fans of extreme entertainments simply cannot fail to visit iguanas and snakes ... Open »
Honduras
In terms of industrial development Honduras is behind many countries of America, however in terms of culture this place is well-known due to its rich traditions and ancient art got yet from Mayan tribes. You can find references to those ancient times in many buildings, houses, and sights of the colonial architecture represented in Renaissance and Baroque styles. Copan Ruins ... Open »
Tegucigalpa
Tegucigalpa will be definitely a place of a great interest to travelers. The local unforgettable flavor and beautiful nature have simply everything for quality rest. On the streets of the city you can see the buildings that have survived since colonial times. Walk a bit far away from them and you will reach modern glass malls and cinemas flashing with neon signs. Fresh ... Open »
Guatemala City
The city is well-developed in terms of music and theatre life. It appeared here in the 30s of the previous century and started growing very quickly. In 1932 was formed Philharmonic Orchestra of Guatemala, later, in 1943 – Koro Guatemala Choir. In 1948 was formed the school of dance, Guatemala ballet, and opera group, and in 1964 was formed ballet group specializing in modern ... Open »
Campeche
There is an airport in Campeche that accommodates both international and domestic flights. It is also possible to get to this city from other cities in Mexico, such as Merida, Cancun or Palenque. The ride from the latter one will be approximately five hours. When you reach the bus station in Campeche, it is better to get a taxi because the distance to the city center is ... Open »

All about Placentia Village, Belize - sightseeings, attractions, touristic spots, architecture, history, culture and cuisine. Prepare your trip together with OrangeSmile.com - find out the 'must see' things in Placentia Village, which places to visit, which excursions to take, where the breathtaking views are waiting for you. Planning your trip with this travel guide will help your to get the most out of Placentia Village in few days.