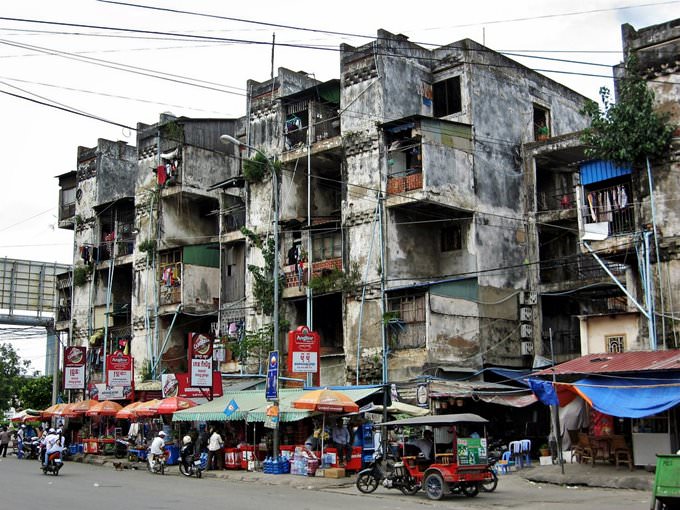 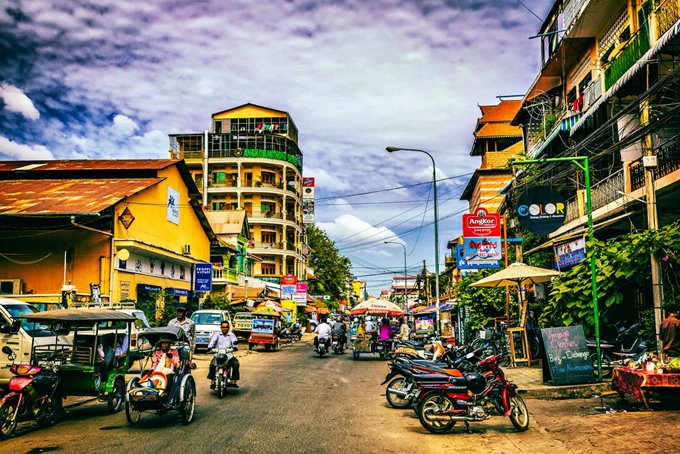 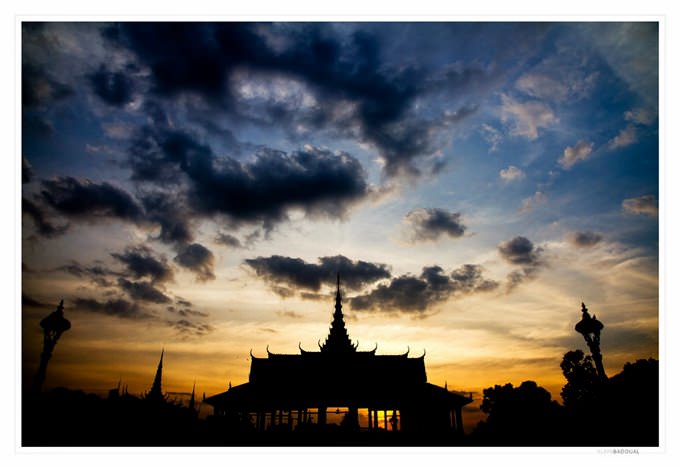 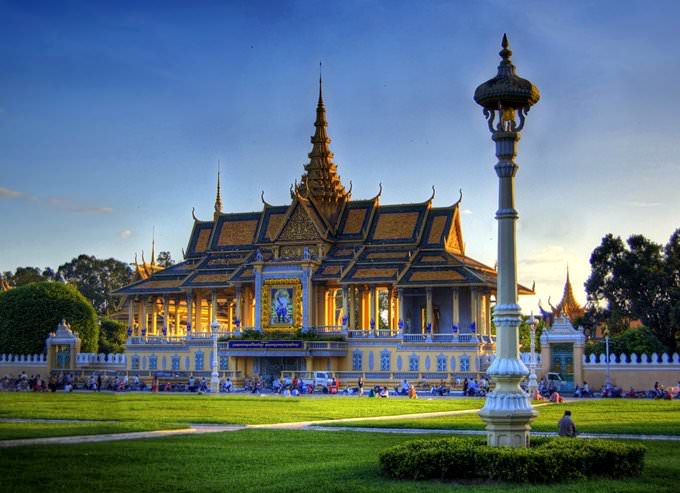 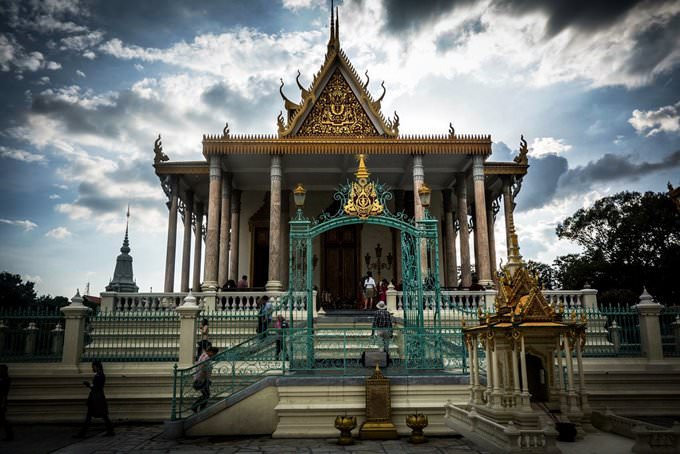 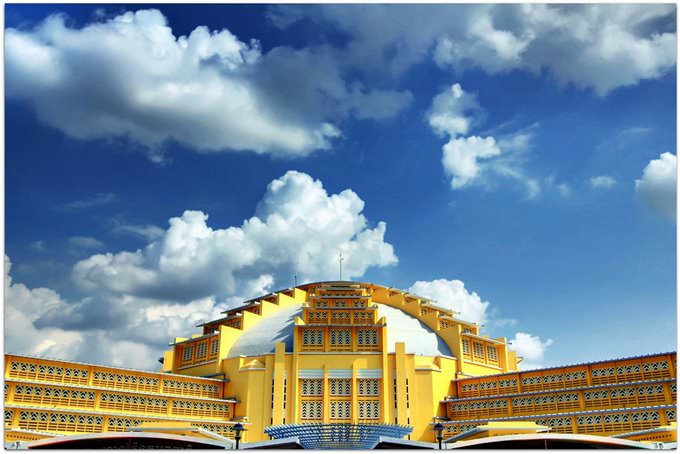 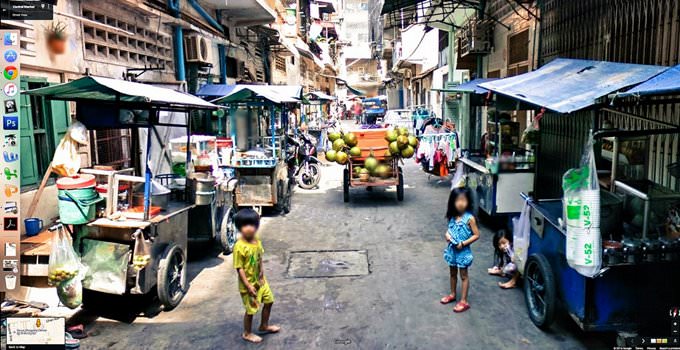 Cambodia is home of the largest lake in South East Asia. This is Tonle Slap, which is located in the central part of the country. The lake is very shallow, only 1 metre deep, but during the rainy season waters of the Mekong River make the lake grow and it becomes 9 metres deep. Mekong River is also famous for one more thing – the Mekong Dolphin, one of a few species that live in fresh water. The highest chance to see the dolphins is in a protected area near Kratie. During a boat ride, you will also enjoy magnificent views of the river and its banks. … Open

Chapters of the guide to Phnom Penh

The upscale NagaWorld hotel is located in the center of the city, on the bank of the Mekong. It is a single suite including the most popular casino and the spectacular modern building with an artistic lighting system on the facade. Besides the casino, there are several interesting shopping pavilions where you can buy stylish accessories and memorable gifts for your loved ones. Those travelers who prefer peaceful … Open

In Phnom Penh, there is also The Olympic Stadium where the most interesting sports competitions are regularly held. The visitors of the stadium can swim in the indoor pool. For the guests’ convenience, there are several comfortable cafes in its territory. Active travelers are recommended to visit the paintball club Mezzanine. It offers its clients a wide spectrum of services for a pleasant pastime. Even the … Open

Not all attractions of Phnom Penh are shadowed by the tragic past. The city has preserved a lot of beautiful architectural monuments. They include The Royal Palace built in 1866. It has been the existing King’s residence for over a century and a half. The palace was extensively reconstructed in 1913. Some halls of the palace are open to the public. Everyone can walk along the throne room, drop in the pavilion … Open

Since its founding, the settlement has had a beneficial strategic position. In its territory, there is the junction of three rivers – Bassac, Mekong and Tonle Sap. At the beginning of the 15th century, the king of Cambodia decided to establish a new capital and chose Phnom Penh. According to available data, Phnom Penh gained an official city status in 1432 and had been a capital of the kingdom for more than 70 … Open

Search touristic sights on the map of Phnom Penh

Photogalleries of neighbours of Phnom Penh

Phu Quoc Island
Near Duong Dong there is the biggest museum in the island — Coi Nguon Museum. What is interesting, is that this is not a state museum, but a private one. Six floors of it contain the collection of documents, photographs, animal carcasses, and artifacts from different eras. Here you can learn a lot about the history of Vietnam. The museum has convenient working hours – ... Open »
Ho Chi Minh City
The tunnels Cu Chi are unique in all respects. The complex of underground structures is located in the immediate vicinity of Ho Chi Minh City. They were built in the mid-20th century and during the war years served as a shelter for thousands of the indigenous inhabitants. This is a real underground city with arranged infrastructure. Firstly, the length of the tunnels was more ... Open »
Siem Reap
One of the most unusual attractions of the old city is the Bayon Temple. It was chiseled directly in the rock by local residents and that is why it looks very natural and harmonious. A lot of experts note that the exterior of the temple is quite atypical for such human-made creations, so it seems to be created by the powerful natural force. The main value of the temple is ... Open »
Ko Chang
Near Salak Peth Bay there is also a very beautiful waterfall called Klong Nueng. It is surrounded by very picturesque and extensive forest, which became a favorite holiday destination among fans of hiking. In addition to unique natural attractions, the island is known due to its picturesque fishers’ villages. Bang Bao village is considered the most charming among them. There ... Open »
Pattaya
In the park tourists will find the miniatures of various landmarks and sights of world significance among which there are the Eiffel Tower, the Tower Bridge, the Kremlin and various famous Thai churches and temples. The Wat Yansangwararam complex will be of great interest for those tourists interested in local history and culture. The complex presents a scenic valley surrounded ... Open »
Bangkok
Quite unexpectedly you can discover that the Wat Ratchabopit cemetery in Bangkok will be one of the most interesting places to visit. Beautiful with its luxury gardens and interesting mausoleums, this is how the cemetery looks like in the capital of Thailand. Lovers of abandoned buildings will be delighted with The Sathorn Unique Tower. This is not just an abandoned house, ... Open »
OrangeSmile.com - online travel reservation expert providing reliable car rental and hotel booking services. We feature more than 25.000 destinations with 12.000 rental offices and 200.000 hotels worldwide.
Secure Server