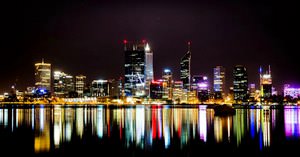 The main historical symbol of Perth is the Swan Bells (Bell Tower Perth). It serves as a starting point for most sightseeing tours. It is a high bell tower constructed of metal and glass, at the base of which a copper construction of impressive size is installed. At present, the Swan includes 18 bells, more than half of which were brought from England several centuries ago. Part of the bell tower has been converted into a museum displaying a collection of antique watches and bells.
Top hotels in Perth for business trip or short vacation
Perth's luxury hotels are ready to offer their guests a full range of services for comfortable work and leisure. Pan Pacific Perth Hotel is popular among tourists demanding a stay at the …

Open
In the heart of the city is the Western Australian Museum founded in 1891. The museum's halls present an interesting collection of natural science exhibits: collections of butterflies and replicas of prehistoric animals, an extensive collection of meteorites, as well as countless unique archaeological exhibits. The Western Australian Museum is one of the largest in the Southern Hemisphere. Part of its space is allocated for holding all kind of exhibitions and cultural events. The museum occupies several beautiful historic buildings, including the Old Gaol. Built in 1856, it had been a city prison for many years. Today, the former prison cells are converted into beautiful exhibition halls.
In the immediate vicinity of Perth is Karrakatta Cemetery, one of the most important historic monuments of Western Australia. In the cemetery, prominent political and military figures were buried, as well as artists whose works are known far beyond the borders of the country. The cemetery was founded in the late 19th century, and today it is of great architectural interest. Copyright www.orangesmile.com
Guide to Perth sightseeing - things to see and to visit
Perth is the capital of Western Australia and one of the largest cities on the continent. The founder of the modern city is James Stirling - a British lieutenant who arrived here in 1829 and …

Open
One of the most unusual historical sites in Perth is the Old Fire Station. Founded in 1900, it became the first purpose-built fire station in the state. The author of the project was the famous architect Michael Cavanagh. The beautiful mansion with a bright tiled roof has been preserved in its original form to the present day. The main distinctive feature of the two-story mansion is its unusual facade. It is decorated with an abundance of diverse elements: elegant turrets and arches, as well as small galleries with columns. The historic building is still being used for its intended purpose, while its part has been converted into Fire Safety Education Centre Museum. Among its exhibits are several vintage fire trucks, as well as a collection of documents and photographs. 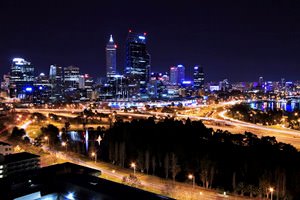 Lots of interesting entertainment are available for travelers who love exploring natural attractions. They should definitely visit Perth's suburban areas and see the legendary Pinnacles (The Pinnacles) - one of the most mysterious wonders of the local nature. That is how the locals nicknamed bizarre limestone formations that can be seen in the desert area, which is part of Nambung National Park. Indeed, these natural formations look a bit like small turrets, from which their current name derives. Scientists have argued about details of the formation of the "turrets" for decades. According to one of the most popular theories, they are surviving fragments of prehistoric trees, which over millions of years have been covered with sand dust. All kinds of fascinating excursions and tours are regularly held in the Nambung. During walks, visitors will have a great opportunity to get acquainted with the diversity of representatives of the local flora and fauna.

In the section below, you can get one of our excursion, activities or city discovery tours over Perth and surroundings. Our website offers 10-30% lower ticket prices, when compared to the offline purchase on the spot.

City tours, excursions and tickets in Perth and surroundings

This guide to cultural sights Perth is protected by the copyright law. You can re-publish this content with mandatory attribution: direct and active hyperlink to www.orangesmile.com.
Perth - guide chapters 1 2 3 4 5
Reference information
Map of all palaces

Public palaces near Perth
♥   Palace 'Government House' Perth, 3.8 km from the center. On the map

Art galleries in Perth and around
♥   Art museum 'Art Gallery of Western Australia' Perth, 3.3 km from the center. On the map

Cathedrals and basilicas near Perth
♥   St Joachim’s Church, Victoria Park, 7.5 km from the center. On the map

Canberra is famous for its memorials, the most interesting of which is the Australian War Memorial. A strict monumental structure of light brick is crowned with an impressive bronze dome. On the walls of the memory hall and on the slabs behind the arches, are carved the names of the places where the Australian soldiers fell in battles, and the names of the dead. In other parts of the memorial are dioramas of battles, samples of military equipment, and battle paintings. Nearby you can see a Japanese submarine flooded off the coast of Australia. The memorial to Captain James Cook was built in honor of the bicentenary of the first voyage of the famous pioneer. It is a composition from a fountain and a huge globe with the trajectory of the Pacific voyage of Cook passing along it on the Australian shores. … Open

Photogallery of cultural heritage of Perth

Culture guide to Perth. Which fascinating sights to visit once you are in Perth: temples, churches, museums, theaters and castles. Recommendations (with addresses, phone numbers and links) on the places 'must visit' in Perth. Plan your own city excursion by using this page info!