Nature of Panama - national parks and reserves for active recreation 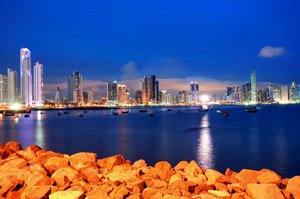 Panama, a relatively small country, is home to a number of animals. Sloths, parrots, anteater, quetzal live here, while humpback whales, leatherback sea turtles, whale sharks swim in the waters – this is only a small part of the beautiful creatures that inhabit this country of crystal clear water and thick jungles. The Government of Panama is making efforts to preserve the nature of the country and its biodiversity. Subsequently, there are so many parks, reserves and natural areas under the protection of the state. All animal lovers should visit the capital’s “Monkey Island”, where visitors are transported by boat along the artificial Gatun Lake. Monkey species such as white-faced Capuchin, Geoffroy’s tamarin, Colombian howlers, and Panamanian gray-bellied night monkey, live on the island.
Panama cultural sights. What to see?
Panama is rich in attractions, which cannot all be seen in one trip. The country’s museums allow you to touch its history and better understand the …
Read further
Andrés Bello Park is located in the center of Panama City called El Cangrejo. This place is loved by the locals for its pleasant shade of tall trees, horizontal bars for adults, a playground for children, a large area for walking dogs, and more importantly the opportunity to escape from the noise of the city. Chagres National Park, located near the province of Panama, is known for the rainforest and the Chagres River flowing through the park, as well as Lake Alajuela. It is good to come camping here. You can swim in the lake, as well as travel along the river by raft. The park is inhabited by friendly Indians and is home to South American harpies, white-tailed deer, and other animals.
In the center of Panama City is located the Metropolitan Natural Park, suitable for hiking and bird watching, of which there are a great many. Toucans, sloths, armadillo and other animals also live here. This is truly an amazing and unique place, because nowhere else can you see a real jungle in the middle of a big city. Volcano Baru National Park, located in the province of Chiriqui, offers visitors the opportunity to stroll through the rainforest and climb to the top of Baru volcano, from where you can see the Pacific Ocean. You can ride in a canoe on the rivers flowing here. You will also find iguanas, red-headed krait, feathered Panamanian guano and other exotic animals living in the Park. Copyright www.orangesmile.com
Things to do in Panama - active leisure
Panama is rich in attractions, which cannot all be seen in one trip. The country’s museums allow you to touch its history and better understand the …
Read further
In the province of Chiriquí there is a forest reserve called “Fortuna”, created with the aim to protect the Chiriquí River from pollution. Jaguars, bats and about a hundred species of reptiles live here in the forest. Near the Panama Canal in Panama City, tourists will find “Ciudad del Saber”, which translates as “City of Knowledge”. This is an educational center that will appeal not only to tourists who are curious and eager for knowledge, but also to nature lovers, as it is located among magnificent greenery. The Innovation Center, the sports complex and the square, are surrounded by a wonderful park, which is a nice place to conduct walks. 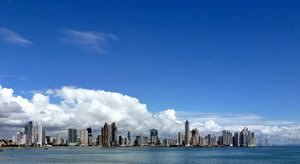 El Valle de Anton has a Butterfly Shelter that operates all week except Tuesdays. Hundreds of these beloved insects live in a roofed garden with many birds, including hummingbirds. No less interesting is the natural monument of Barro Colorado, which can be found near Lake Gatun in Panama City. This is an island, as well as several peninsulas and small islands. Here, a special round-the-clock team strictly monitors that the nature is intact, stopping the actions of poachers. Margay cats, collared peccary, Central American tapir and other exotic animals live on the islands.
What you need to know about Panama prior to visit - advices
1. Tourists in Panama should be aware of the high level of crime in the country. It is better to generally avoid deserted places. Most importantly you …
Read further
The Bastimentos Island is home to the Isla Bastimentos National Marine Park, where it is best to spend the whole day watching the mangrove swamp, the jungle with monkeys jumping from branch to branch, the lagoon with caimans and crocodiles, and a wonderful white sand beach where tortoise eggs are laid from mid-spring to mid-autumn. You can also swim here and admire lobsters, harmless sharks, turtles and colorful fish scurrying between the corals, explore the secrets of underwater caves, or just sunbathe on the clean sand. Recreation on the picturesque Bastimentos Island is simply impossible to forget, and everyone who has visited it will definitely want to repeat this experience. 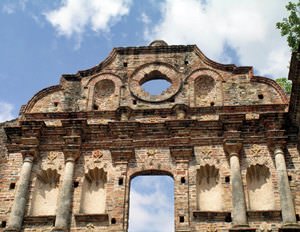 “Isla Perro” or “Dog Island”, included in the group of islands of the archipelago of San Blas, is a great place for scuba diving, because the waters here are clean. Particularly exciting will be the study of the old military ship that sunk here. The tranquility of the “Dog Island” is invariably transmitted to its guests. In addition, the island is known for its bioluminescence, which can be observed during a moonlit night. The water begins to sparkle beautifully with tiny squids and planktons that emit light, and it is simply impossible to pull your eyes away from this magical dance of underwater lights. In Panama City, it is worth visiting the “Punta Culebra Nature Marine Center”. Here you can explore sharks, rays, seabirds and other inhabitants of the sea and its surroundings, and each visitor can admire these wonderful creatures.

This article about nature and national parks of Panama is protected by the copyright law. You can re-use the content, but only under the condition of placement of an active link to www.orangesmile.com.
Panama guide chapters 1 2 3 4 5 6 7 8 9 10 11

♥   World Heritage Site 'Coiba National Park and its Special Zone of Marine Protection' . On the map