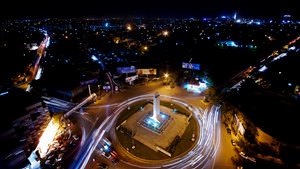 The cuisine of Pakistan is a unique combination of the best culinary traditions of the East. The history of the country has contributed to an amazing variety of dishes. Despite the fact that Pakistan appeared on the world map only in the twentieth century the oldest state was located on this land. It became one of the regions of the British Raj in the XIX century. The centuries-old proximity to Iran, Afghanistan, and India has affected not only the way food is prepared but even the shape of dishes. The mixing of different cultures has led to Chinese dishes being very popular in some areas. Pakistani cuisine can compete with the Middle East in the abundance of spices.
What you need to know about Pakistan prior to visit - advices
1. Pakistan is hardly a safe country due to the political situation. You should not visit Waziristan, North and West of Balochistan, and the border …
Read further
Pakistan is a religious country. The influence of Islam has affected national cuisine. Rice, vegetables, meat, and bread are the basis of any Eastern cooking. However, Indian curry, Lebanese shish kebab, flatbreads, and Afghan sweets can be found side by side on the same table in Pakistan. Seafood and fish are present among the various threats in the coastal areas. The main dish on the table is rice. It is called chawal in Pakistan. Several sauces, vegetables, and meat dishes are served with it. The influence of India is felt in the abundance of spices and herbs. Lentils are popular in Pakistan. Soups and curries are made from it. Pakistani cooks use a lot of butter and vegetable oil. Cottage cheese and yogurt are often added to dishes.
Pies "Samosa" and "Tikka" are the most popular dishes among the inhabitants of the country. These snacks are prepared in every home. Meat fried in the oven or on coals is wrapped in a flatbread. The dish is served with vegetable salads, rice, and hot sauces. Each region has its own preferences. Various types of meat are used for cooking: lamb, beef, and poultry. Various Shami kebabs and kofta cutlets are popular. No meal is complete without curry. This spice is added to many dishes in Pakistan. Copyright www.orangesmile.com
What to see and what to visit in Pakistan with children
Pakistan Museum of Natural History in Islamabad was opened in 1976. It will be interesting not only for children but also for adults. Each gallery of …
Read further
The abundance of desserts will surprise and please sweet fans. Shop counters and market stalls are filled with various types of halva. There is a unique recipe for making this sweet in each region. Milk sweets "barfi" and "mithai", cream paste" Raita", rice puddings, and sherbets are the most popular sweets. However, unusual ingredients are used to make desserts in some areas. Ginger and garlic pudding is served at a wedding. Tea is loved in Pakistan as well as everywhere in the East. It is prepared with various spices, milk, and lemon. Guests are often offered the popular milk drink "Lassi". Although Pakistan is a Muslim country, you can try local beer in restaurants. The brewery that was built in 1860 has been preserved in the small city of Rawalpindi. 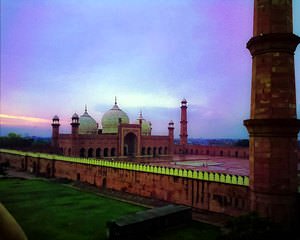 No meal is complete without bread in Pakistan. Tortillas baked in the tandoor are served to the table. Almost every house has such a stove. Unleavened tortillas "chapati" are fried in a special pan. Various types of flour used for the preparation of bread. Spices such as saffron, cardamom, and nutmeg are added to baked goods.
Shopping in Pakistan - best shopping places, what to buy?
There are shopping centers in all central cities in Pakistan. The variety of products will surprise even the most sophisticated shopaholics. "The …
Read further
A distinctive feature of Pakistani cuisine is the mixing of various seasonings. Skillful use and bold combinations of spices, seeds, and herbs turn simple dishes into exotic ones. Cumin, coriander, nutmeg, sage, turmeric, anise, and ginger make the traditional cuisine unique. The “garam masala” blend that came from India is especially popular in Pakistan. Many different spices are used for its preparation. The mixture is fried to enhance the taste and aroma of the dish. Garam masala is added to sauces and used as a seasoning for meat. Each housewife has her own recipe for a popular seasoning. 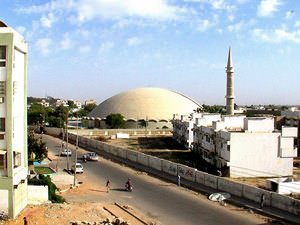 The traditions of the East are strong in Pakistan. It is not customary to refuse an invitation to come to visit here. Alcohol is considered a bad gift. Sweets or souvenirs will please the person. Pakistanis take food three times a day in normal life. Dishes of eggs, butter, bread, and several types of cheese are served on the table in the morning. Fresh fruit is also required to be present on the table. Rice and numerous gravies and sauces are served at lunch. Curry (rice with the same seasoning) is prepared almost every day. Dinner is the main meal. The whole family gathers at the table. Stewed goat meat, lamb, and vegetable salads are added to the traditional rice. Dinner ends with tea. It is very popular in Pakistan. The locals drink tea with milk and spices. Sweets are served with tea. Changes in the diet occur only during the Holy month of Ramadan.
When and where to 'hang out' in Pakistan - festivals and celebrations
The day of sacrifice is the main holiday in the country. It is called Eid al-Adha in the Muslim religion. Believers wake up very early on this day. …
Read further
Chinese migrants arrived in Pakistan at the beginning of the twentieth century. Soon restaurants began to open. Dishes, which intricately combines the spices of the East and the traditional Chinese food was served in them. Pakistani-Chinese cuisine quickly gained recognition among local residents. Chinese Samosa began to be sold in the markets. The most famous dish is "Manchurian chicken". It consists of spicy gravy, poultry, and vegetables. It is vaguely reminiscent of curry.

This article about national cuisine of Pakistan is protected by the copyright law. You can re-use the content, but only under the condition of placement of an active link to www.orangesmile.com.
Pakistan guide chapters 1 2 3 4 5 6 7 8 9 10 11
Country maps

Cuisine and restaurants in popular cities of Pakistan

Islamabad
The cuisine of the Middle East is a true paradise for sweet tooths. Pakistani cuisine is no exception. It features all kinds of sweets and desserts. Among the most popular delights, it is important to mention Barfi (milk and coconut candy), Mitai (candy with milk, flour, and syrup), Firni (rice and milk pudding), Halva (dessert made with nuts, cream, carrots, and eggs), and Raita (creamy paste). Tea is the most popular drink here, and it is available in different variations, such as tea with … Read more

Karachi
It is important to mention that you will hardly find pork meat in most regions of Pakistan. This limitation is connected to the fact that there are many Muslim people in the country. However, many tourists may not even notice that because local dining establishments use various types of meat, such as beef, chicken, mutton, and goat. Flatbread with meat, vegetables, and spicy sauce is the most popular quick meal in the city and a typical local “fast food”. When it comes to spices, curry and … Read more