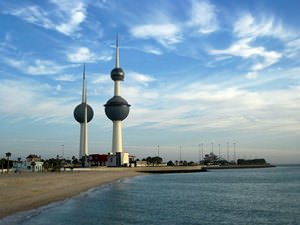 Kuwait City is a picturesque place with many monuments, museums and colorful markets, which also have become major tourist attractions. An important tourist landmark is the Kuwait National Museum, which is famous for the collection of objects of Islamic art and priceless archaeological finds. Those, who want to become better acquainted with works of local artists and sculptors, would like the Museum of Islamic Art. The collection of antique furniture and exquisite interior is represented in the Tareg Rajab private museum.
Your active city break in Kuwait City. Attractions, recreation and entertainment - best places to spend your day and night here
Kuwait City will delight fans of outdoor activities with an abundance of entertainment venues and beautiful places to walk. At every turn you can find attractive shops and markets, huge …

Open
Among the ancient monuments the Al-Khalifa, the construction of which took place in the early 18th century, points out. This beautiful religious building was built keeping best national traditions. Over the years of its existence it has been hit hard, but the surviving building look very impressive. The Great Mosque is the unique construction and the brightest monument of modern architecture. It was completed in 1986. The area's unique complex is about 50,000 square meters. The minaret is 74 meters height. The mosque is free to take a few thousand people; the unique massive construction is supported by only four pillars.
Some older religious objects, such as the mosque of Ibn al-Hammes and Matabba, have also preserved in Kuwait. Both of them were founded in the 18th century. Today they don’t cease to amaze curious travelers with their impressive appearance. Returning to the subject of modern monuments, it is worth mentioning Kuwaiti towers. Beautiful skyscrapers were built in 1979; the height of the largest tower is 187 meters. Tops of skyscrapers are equipped with excellent viewing platforms that are among most popular attractions for tourists. Copyright www.orangesmile.com
Advices to travellers: what you should know while being in Kuwait City
1. Tipping isn’t officially accepted, but in some larger restaurants tip may be included in the total account. If you would like to thank the helpful waiter, you can add to the bill …

Open
Excursion to Old Seif Palace will provide an unforgettable experience. It is the most important monument of the late 19th century. Indescribable atmosphere of luxury reigns in palace; its design is fine in every detail and it is entirely consistent with appearance that took place a hundred years ago. Tourists should definitely see surviving fortifications of the city, Shamiyya, Maskab, Baraisi and Jahra gateways. Several centuries ago, Kuwait was a powerful fortress city, in 1957 the surrounding walls were completely destroyed, but gates have managed to preserve to the present day. 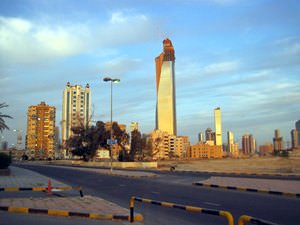 Besides mosques, the capital of Kuwait has several Christian churches. First of all, it's worth highlighting the National Evangelical Church known for its spacious interior. Perhaps it is because of this that many representatives from other countries gather here, this is one of the most multicultural places in town, just like the capital of Kuwait is. Another outstanding religious monument is the Holy Family Cathedral Parish, the construction of which coincided with the year when Kuwait gained independence, which happened in 1961. Inside one can find a scaled-down replica of the statue of Our Lady of Arabia, which is a priceless artifact for Christians.
Extraordinary weekend in Kuwait City - unusual places, services and attractions for travel gourmet
…

Open
Get acquainted with the colonial period in the life of Kuwait in Dickson House Cultural Center, on the ground floor of which are rooms where the interior of that time has remained virtually untouched. The cultural center is named after Harold Dickson who was a colonel during the period of a British protectorate in Kuwait. In addition to the interior, there are interesting archives and photographs, as well as models of residential areas of the city as they were in the colonial era. All the exhibits date back to the late 19th century and the 60s of the 20th century when Kuwait gained its independence. Of great interest to travelers is another museum - namely, the Amricani Cultural Center. Formerly its building served as an American hospital - that's how Americans helped the local people at the beginning of the 20th century. Besides, it keeps a collection of pearls and ancient artifacts, which will surely impress any visitor. 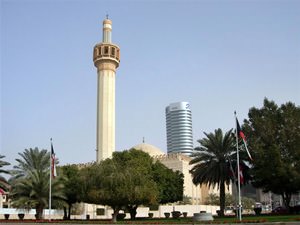 In Al Qurain Martyrs Museum, one can learn more about the history of Kuwait - in particular, about the tragic events of the 2003 invasion of Iraq. The museum itself is a house that was abandoned immediately after the intervention. Thus, visitors will be able to get a clear picture of what was happening here at that time. For locals, this is a real reminder of rough times and challenges, which they have coped with thanks to their unbreakable spirit and concerted efforts. Kuwaiti Maritime Museum tells about Kuwait as a maritime country, technology buffs will be amazed by a great collection of ship models. Well, those who are fond of vintage cars (like many emirs of Kuwait whose cars are also included in the collection) will appreciate the exhibits presented in the Historical, Vintage & Classic Car Museum.
Shopping in Kuwait City - main shopping streets, outlets and boutiques
Kuwait City is famous for its top-notch shopping centers and markets, and the biggest mall is The Avenues. It is ready to please all comers with luxurious designer boutiques and inexpensive …

Open
A unique of its kind is the Mirror House where visitors can see priceless works of art literally at every step - that is, under their feet. The entire floor and walls are lined with magnificent mosaics, the museum looks more like a palace in which a sultan could live. All tourists are recommended to follow the city's cultural events. Most of the best theatrical performances take place in the Sheikh Jaber Al Ahmad Cultural Center. To find peace of mind and aesthetic enjoyment, it's worth exploring Bayan Botanical Garden, a green oasis in the desert, which is especially beautiful in the summer and striking with its wonderful aromas in the springtime.

This guide to cultural sights Kuwait City is protected by the copyright law. You can re-publish this content with mandatory attribution: direct and active hyperlink to www.orangesmile.com.
Kuwait City - guide chapters 1 2 3 4 5 6 7 8 9
Reference information
Map of all palaces

Public palaces near Kuwait City
♥   Palace 'Sief Palace' , 1.3 km from the center. On the map 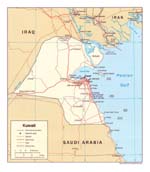 Excursions over cultural sights of neighbours of Kuwait City

Manama
A large number of important excursion places of interest is located in the capital of Bahrain - Manama. Here travelers should definitely not forget to visit the ancient fort Qal’at al-Bahrain and the beautiful mosque of Al-Fateh. A huge prayer hall of the mosque can accommodate about seven thousand prayers at one time. The mosque is the largest religious building in the ... Open »
Isa Town
Isa Town is rich in wonderful historical landmarks and amazing sculptures. Don’t forget to visit Pottery Roundabout – an interesting monument in the shape of a ceramic flagon. This monument is linked to the past of Isa Town. The region has always been famous for its pottery, so one of the main monuments in the town is a tribute to this craft. People who have never liked ... Open »
Riyadh
Tourists will discover ancient fortresses and museums, modern sky-scrapers and exhibition centers among numerous sites and landmarks of Riyadh. The Diraya district is a recommended starting point of the city exploration for tourists providing the best chance to learn its history, traditions and customs. The first capital of the country was found on the territory of the modern ... Open »
Baghdad
Among Baghdad's most remarkable religious monuments is the Chhota Sona Mosque. Its domes and minarets are decorated with gilding, so the mosque is often called "golden" by city residents and tourists. The mosque looks really impressive on a sunny day and features rich interior decoration. Its interior walls are adorned with hand-made tiles on which quotes from the Koran are ... Open »
Doha
Qatar National Museum is often called the most famous and widely visited attraction of Doha (in the period 2015-2018 the museum was completely rebuilt). The museum is located in beautiful Abdullah Bin Mohammed Palace. A huge two level aquarium is the main exhibit of the cultural institution. The upper level is the place of living of marine inhabitants of local coastal areas, ... Open »
Abu Dhabi
An Nasr Street is the best place for gifts as you will find best souvenir shops there. If you want to buy an authentic oriental rug in the memory of your trip, the best place for this kind of purchase will be the local Carpet market. Fans of walking usually consider Corniche Road is the best place of rest. There is nothing strange in this as the street looks more like a huge ... Open »

Culture guide to Kuwait City. Which fascinating sights to visit once you are in Kuwait City: temples, churches, museums, theaters and castles. Recommendations (with addresses, phone numbers and links) on the places 'must visit' in Kuwait City. Plan your own city excursion by using this page info!