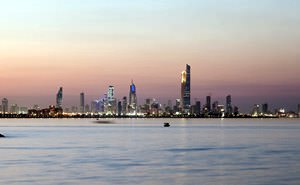 In the past, Kuwait had to undergo tough war times, but nowadays it’s a peaceful country, which billion dollar oil industry allowed performing of a massive restoration and building modern metropolises. Nowadays, the country attracts numerous travelers who come to rest on Failaka Island, discover sights of Kuwait City and enjoy spectacular beach rest.
Scuba diving and snorkeling become increasingly popular in Kuwait. In order to make underwater life even more picturesque, many coral reefs are being restored in the country. Even without diving, beautiful white sand beaches are very captivating, so rest in one of numerous resorts of the country will leave many pleasant memories.
Kuwait Towers have quickly become a symbol of Kuwait City, the capital of the country. The three towers were finished in 1979. The main tower is 187m high and is open for visitors. There are an observation deck and a restaurant at the height of 123 meters; the tower rotates slowly and makes a full circle in 30 minutes. The other two towers are used to store water for emergency needs and control electricity. Kuwait Towers were damaged severely during the war, but were restored later. Copyright www.orangesmile.com
Salmiya and Hawalli are considered the main residential and business parts of the city. The Science Center located in Salmiya is a great place to visit for both adults and children. The center is located near the waterfront and a beautiful marina. As-Seef Palace and Bayan Palace are considered the most beautiful palaces in the city. The first palace is one of the residences of the Emir, while the second one is used as the government quarters. 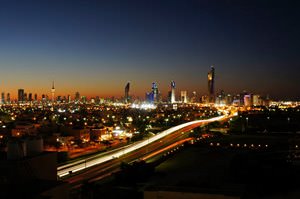 There are some attractions outside Kuwait City as well. Jal Az-Zor Nature Reserve, which is located not far away from the capital, is a great place to see migratory birds. Some of the birds like Black Vulture are very rare and nearly impossible to see in other parts of the world. Other famous nature reserves in the country are Sulaibikhat Bay, Dawhat Kazima, Al-Jahra Pools Nature Reserve, Ad-Doha Nature Reserve and Coral Islets. Travellers are also welcome to explore the desert and see wild animals there.
Kuwait is a popular destination for shopping fans. Giant shopping malls, walking streets with various shops, finest jewellery stores and trendy boutiques will certainly make hearts of fashionista beat faster. 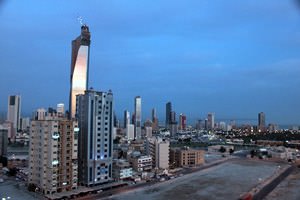 Kuwait is one of the youngest countries in the world. It was formed in the 18th century. The founders of the country are representatives of the Bedouin tribe coming to the territory of the present country from the shores of the Persian Gulf. The country was located at the crossroads of important trade routes that caused its rapid and successful development.
Kuwait quickly became one of the largest suppliers of coffee, spices and pearls in the world. Another important activity here was the breeding of thoroughbred horses. Since its formation, the new country was officially a part of the Ottoman Empire. For many years, it saw multiple wars between Turks and Britons for its territory. When the Ottoman Empire fell in 1899, Kuwait became a British protectorate. 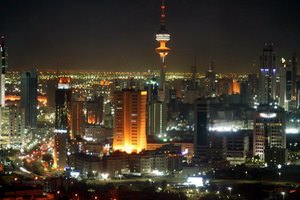 The boundaries of the country were finally formed only in 1927 and still remain unchangeable. The country gained independence from Great Britain only in 1961. In 1991, Kuwait managed to break free from the Iraqi protectorate. Nowadays, the country is one of the best places in the world for acquainting with Arab culture and traditions.
This article about iconic landmarks and sights of Kuwait is protected by the copyright law. You can re-use the content, but only under the condition of placement of an active link to www.orangesmile.com.

Famous and uniques places in Kuwait from our review series 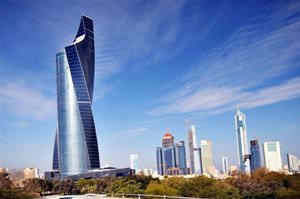 In the capital of Kuwait, travellers will have an opportunity to visit a grandiose shopping center of Al Tijara, which is located in one of the most spectacular twisted skyscrapers in the world. The height of the skyscraper is 218 meters, its construction began in 2005 and was completed in 2009. The turn of the tower is 80 degrees, the basis for creating a unique architectural project has become an ordinary spiral.

Al Tijara Tower is interesting not only for its spectacular appearance, but also for its amazing interior decoration. Guests of the shopping center will have an opportunity to relax in a chic atrium, which is decorated with vertical gardens and an incredibly interesting illumination system. The structure of the skyscraper has 41 floors, and two floors are located under the … Read all 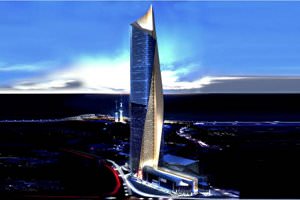 One of the most beautiful skyscrapers of the planet, Al Hamra Tower, is situated in Kuwait City. This 77-storey building is 414 meters tall. It features not only impressive height, but also a very original look. Al Hamra Tower is one of the most grandiose asymmetric skyscrapers, but despite its sleek appearance, it’s very durable and can confidently resist destructive element.

Special slabs of limestone were used for decoration of the skyscraper’s facade; by the way, they have not only decorative, but also practical function. They protect the skyscraper from the sunlight, so even in the midst of a hot day the building can always boast a pleasant coolness. The main construction material is concrete; more than 500 thousand tons were used for all related structures.

Opening of the … Read all
Country maps 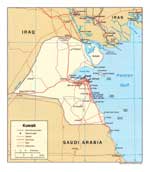 Sightseeing in popular cities of Kuwait

Kuwait City
Fans of unusual excursions will be invited to visit the ancient vessel Al Hashemi II, which can be seen on the waterfront. This ship is a record holder of the Guinness Book of Records. It is the largest ship on the planet, completely built of wood. The length of the ship is 100 meters, and it weighs about 2,500 tons. For tourists, there are interesting excursions, and on board the ship there is a posh restaurant where only the wealthiest citizens and guests of Kuwait can afford to dine. … Read more