Sightseeing in Georgetown - what to see. Complete travel guide 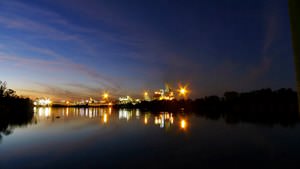 The largest city of the country, George Town started its history yet in the 10th century. During such a long history George Town was conquered several times. The city was a colony of the Dutch, and later it belonged to French and English invaders. Such rich history has found its reflection in unforgettable architecture and large number of monuments that are carefully kept up to our days.
Your active city break in Georgetown. Attractions, recreation and entertainment - best places to spend your day and night here
All kinds of water-based entertainments are incredibly popular in Georgetown. Vacationers can always try cruises on the Caribbean Sea, during which they will see the area from a new angle, …

Open
The central part of the city simply dives in greenery. Several botanic gardens are opened in the city. You can also make a walk on boulevards and see several buildings referred to the 19th century. The main sight of the central region of George Town is Seawall dam that has been built by the Dutch. Today the territory around the dam is a favorite place of rest of the locals and tourists. On mornings people come here to make a run, and on evenings you can see couples that make their unhurried walks along canals. Near the dam are also opened several sports complexes, a solarium, Spa centers and zones for swimming.
When it comes to describing religious places of interest, we should definitely mention St. George’s Cathedral that was built in the end of the 19th century. The height of bell tower of this cathedral estimates 40 meters. This church is known as one of the tallest wooden buildings in the world. Inner decoration of the halls definitely requires closest attention as best masters have been working here to make the cathedral a true piece of art. Opposite to the church you will find a wonderful park named Company Pat Gardens. The Parliament building is one of the most beautiful houses of the island. It was built in 1834 and you can see several administrative buildings surrounding it. A beautiful and old church of St. Andrew is located nearby. Move to the opposite square to visit the largest market of the city that is called Stabroek. Copyright www.orangesmile.com
Advices to travellers: what you should know while being in Georgetown
1. Travelers should not take a stroll to remote neighborhoods of the city alone. It is also important not to forget about basic precautions when staying in public places. There might be …

Open
The city has many amazing architectural monuments. One of the most impressive is the house of Khoo Kongsi. This beautiful house was built in 1851 for members of the Khoo clan. Today, a very interesting museum is located in the restored building. The exposition of this museum is devoted to the history of clan communities. Among its exhibits are beautiful paintings carved from wood and stone figurines. For more than a hundred years in the old house, it was possible to preserve many elements of the luxurious pristine interior, which in themselves are priceless museum exhibits. 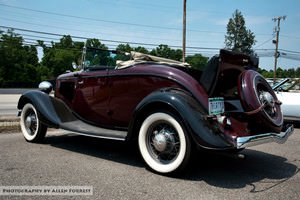 The most important historical symbol of the city is Fort Cornwallis. It was built in the early 19th century to protect the coast from pirates. For more than 200 years, the fort retains its majestic and impregnable appearance. During the tour, its visitors will be able to look into the most hidden corners of the defensive structure. Old prison cells, as well as barracks and warehouses, which used to store ammunition, were preserved here. On the territory of the fort, there is also the oldest Christian chapel on the island. Presently, part of the halls of the huge fort is occupied by the Military Museum.
Extraordinary weekend in Georgetown - unusual places, services and attractions for travel gourmet
…

Open
For lovers of walks in Georgetown, one of the favorite places is the region Little India. On the central street of this district, you can see a lot of beautiful old buildings. On the first floors, there are very interesting shops. There are also many jewelry shops where you can buy gold jewelry at the most attractive prices. This area is also famous for specialized shops of tea and spices. Here you can visit several excellent restaurants of Indian cuisine. 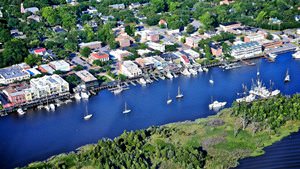 Fans of walks in picturesque places surely will like the Botanical garden, it was founded in 1884. Now the garden area is about 29 hectares. Hundreds of plant species are represented on its territory. The picturesque garden is a favorite holiday destination for the indigenous people. Many sports grounds and cozy recreation areas are set on its territory. The main inhabitants of the botanical garden are long-tailed macaques. They are very smart, so vacationers should carefully monitor their belongings and, if possible, do not take with them valuable things and accessories. It is also worth remembering, that you cannot feed animals in the garden. A large fine is imposed for breaking this law.

This guide to iconic landmarks and sights of Georgetown is protected by the copyright law. You can re-publish this content with mandatory attribution: direct and active hyperlink to www.orangesmile.com.
Georgetown - guide chapters 1 2 3 4 5 6 7 8

City tours, excursions and tickets in Georgetown and surroundings

The Cayman Islands offer some unusual entertainment. For example, tourists are welcome to visit the turtle farm located in the town of Hell. The farm was founded in order to increase the population of green turtles. Today, aquariums and pools of the farm are home to more than 16 thousand turtles. The eastern part of the island is the location of Queen Elizabeth II National Park. The beautiful park features more than 300 species of trees and bushes. There are several greenhouses with exotic plants, and a big part of the park is dedicated to orchids. … Open

Search touristic sites on the map of Georgetown

Sightseeing in regions nearby Georgetown

Negril
Nowadays, everyone is welcome to visit the lighthouse but first, you need to negotiate your visit with the keeper. After this, you can get to the top of the building using a special spiral stair. To ensure the safety of both visitors and employees of the lighthouse, the stair was repaired several times. When you get to the top of the lighthouse, you will feel rewarded because ... Open »
Montego Bay
The rafting on the Black River is no less popular. It will lead you to an ancient manor located near the Roma Appleton Rum Factory. The excursion program includes the observation of the factory and the mansion, as well as tasting the local rum. It should be also noted that the rafting takes place on very picturesque sites, so you can fully appreciate the splendor of the local ... Open »
Havana
There are not many entertainments near the coastline, but it is not hard to find a charming café. That being said, there are many sellers of coconut milk and fruits. There are also many local people who offer souvenirs and jewelry made of corals and shells to tourists. For the convenience of visitors, there are dressing cabins, toilets, and showers to rinse off saltwater at ... Open »
Ocho Rios
Continue your exploration of the most famous beaches in Ocho Rios with a visit to Turtle Beach. This popular beach has an unusual shape – it looks like a crescent from above. The length of the beach is roughly five hundred meters. Soft white sand covers the territory of Turtle Bay, making a stay here even more comfortable and safe. The temperature of the water is even ... Open »
Kingston
Nowadays Kingston is one of the most popular resorts in the world. All hotels and resorts in Kingston are equipped according to modern standards and so they represent true examples of modern architecture. On the territory of each hotel are opened bars and restaurants. At night here work discos and dancing areas. The beaches of Kingston feature tremendous conditions for water ... Open »
Cozumel Island
Museo de la Isla de Cozumel in San Miguel is the biggest and the most visited the cultural center. The main part of its exposition is also devoted to the Maya; in addition to archaeological artifacts, visitors can see a rich collection of natural science and geological exhibits. Visiting major archaeological areas should definitely be included in the recreation program. There ... Open »

All about Georgetown, Cayman Islands - sightseeings, attractions, touristic spots, architecture, history, culture and cuisine. Prepare your trip together with OrangeSmile.com - find out the 'must see' things in Georgetown, which places to visit, which excursions to take, where the breathtaking views are waiting for you. Planning your trip with this travel guide will help your to get the most out of Georgetown in few days.