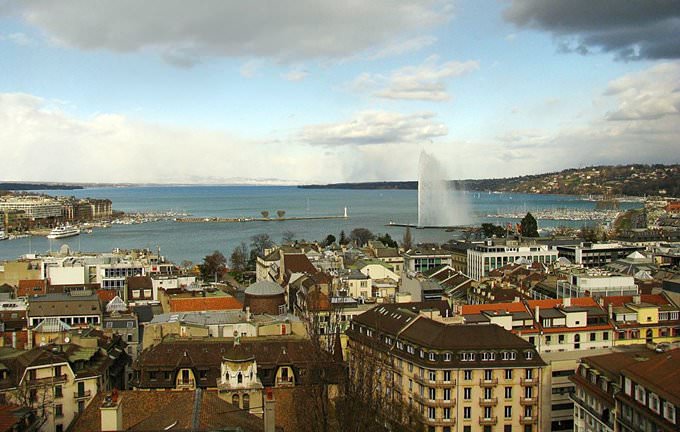 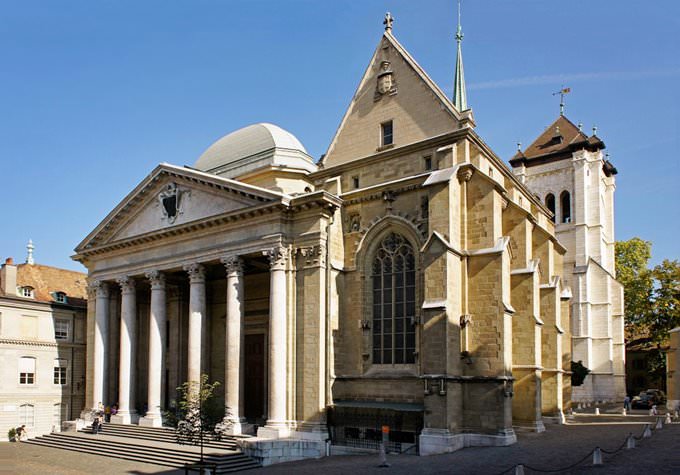 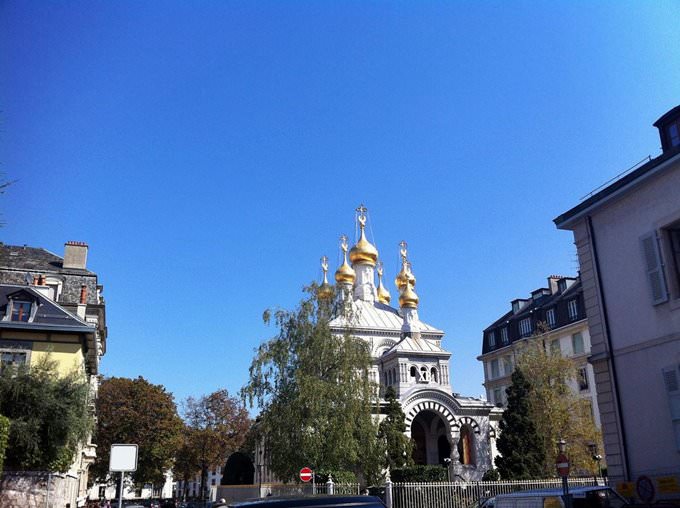 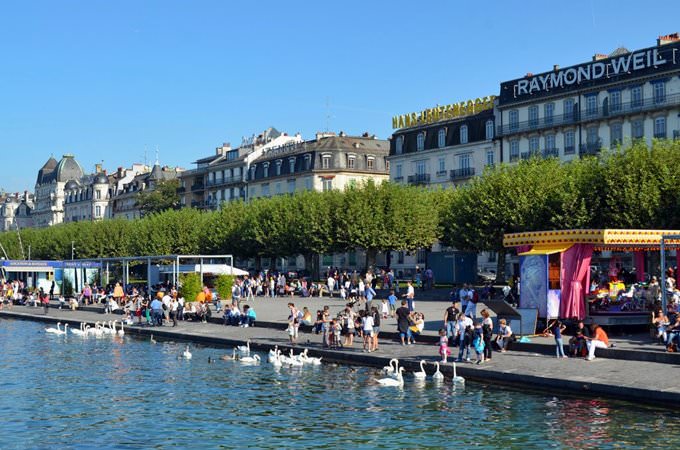 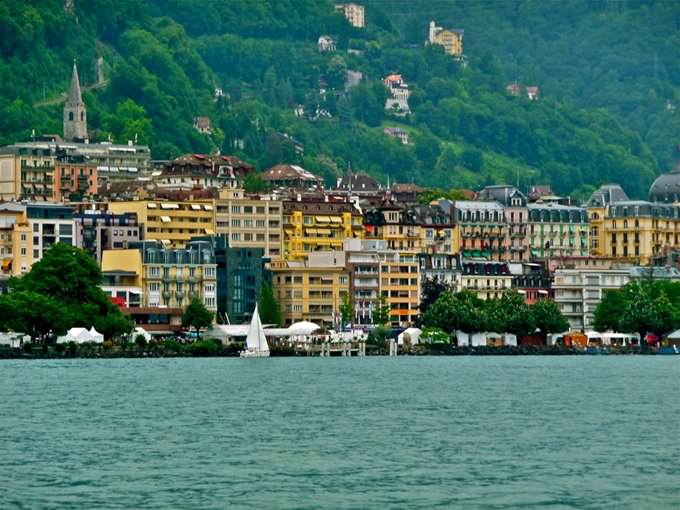 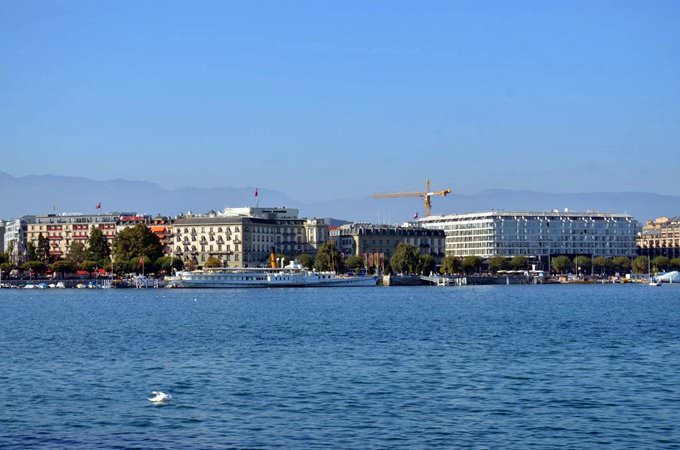 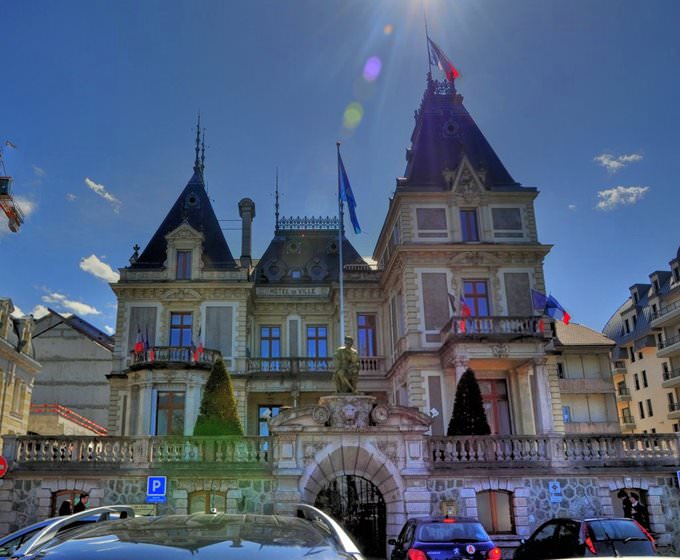 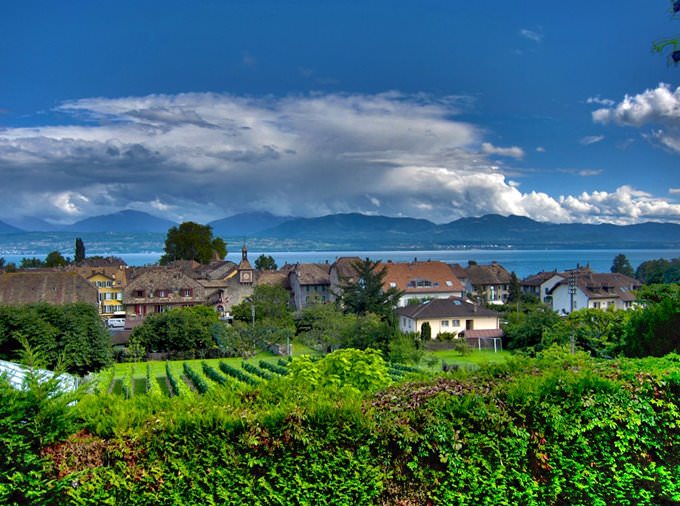 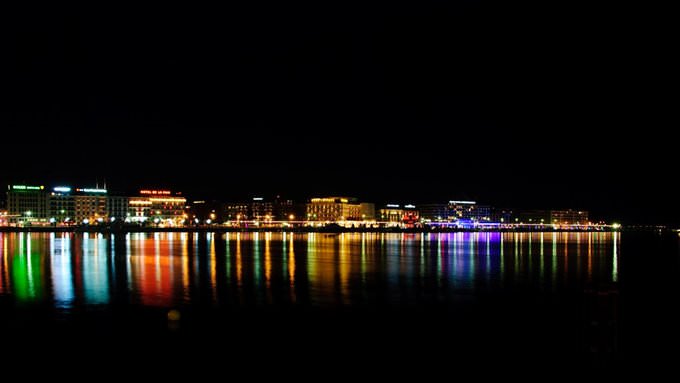 The Russian Church is an important tourist destination in Geneva. The church was built in the middle of the 19th century by initiative of La Grande Duchesse Anna Feodorovna. The sanctuary is distinguished by luxury design as many items in the church were gifted by the Royal Family. The city of Lausanne is also famous for its religious landmarks. Here travelers are recommended to visit the Church of st. Francis that was built in the 13nth century. During more than 7 centuries long history, the church has significantly changed its original look. The only thing that is left unchanged is elegant and strict design of halls. The local cathedral, which was built in approximately same period, features more luxurious design. Its doors and facade are decorated with figures depicting priests, Bible heroes and angels. The walls and ceiling of the cathedral are decorated with magnificent frescos. … Open

Chapters of the guide to Geneva

In Geneva, there are many interesting souvenir shops. Longemalle store remains at the peak of popularity among tourists. The choice of souvenirs here is simply enourmous, prices will pleasantly surprise even the most frugal customers. In this store they sell colourful T-shirts with funny pictures and inscriptions, real Swiss knives of the highest quality, and very nice watches. The store also presents traditional … Open

Hotels with history of Geneva

Founded in 1854, Swissôtel Métropole Geneva offers charming rooms with amazing views of Lake Geneva. The rooms are made in modern style and come with a giant bed with cream shade bed clothing, interesting bright ornaments on the walls, and large paintings. The hotel’s roof has been turned into spacious panoramic terraces, and when darkness falls to Geneva, guests of the hotel prefer to head to the piano bar. … Open

3. There are a lot of pedestrian zones in the city, so you should not deny yourself from the pleasure of walking on these beautiful places. 4. The majority of residents and tourists prefer other types of transport like bikes. Motorists are very attentive to cyclists, and you can reach virtually any part of the city using your two-wheeled friend. Not very comfortable cobblestone streets are the … Open

Walks on the steamers on the Lake Geneva, too, remain at the peak of popularity among tourists. But not every tourist will be able to afford such an expensive entertainment. If you are looking for the more economical variant, we have found for you a worthy alternative to expensive water excursions - to have a ride on miniature boats along the lake. These boats are the part of the urban water transport system, and … Open

Trente Trois 33 is one of the most popular midscale hotels in Geneva. This wonderful hotel is particularly popular with ecotourism adherents and fans of a healthy lifestyle. The décor of public spaces and guest rooms is made of natural materials, and all rooms feature magnificent wooden décor with hand carving. Simple and comfortable rooms are well-equipped and look particularly charming with wooden furniture in … Open

Weekend in Geneva in original style

If you plan to visit Geneva in summer, try to find out about various events that take place in the city. On this time of the year, travelers can enjoy many interesting offers that are also good to your wallet. If you enjoy active rest and excursions, you will be pleased with an opportunity to rent a bicycle free of charge. The two-wheel transport is very popular in Geneva. The renting procedure is very simple - … Open

Search touristic sights on the map of Geneva

Photogalleries of neighbours of Geneva