Cuisine of Cartagena for gourmets. Places for dinner - best restaurants 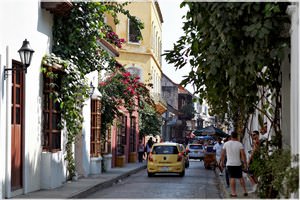 The local cuisine is largely developed from the traditional dishes of the indigenous Injuns. European migrants also had an influence on it. Today, local chefs borrow dishes from all over the world with success. If you want, you can search for places where pizza, burgers or sushi are sold in such a fairly popular tourist city as Cartagena. Usually, restaurants with similar dishes are located near places where tourists gather. They are designed specifically for visitors. Local residents use corn, rice, beans, potatoes, poultry, pork, and a variety of vegetables and fruits as the basis of their diet.
Authentic traditions, festivals and lifestyle of Cartagena inhabitants
Colombians are a nation of contrasts. Openness, smiles, and kindness coexist with serene irresponsibility. All the things will be done but tomorrow. The crime rate is one of the highest in …

Open
In general, the diet of Colombians is quite similar to the European one. You will usually be offered huevos-pericos in the morning. This is the usual scrambled eggs with tomatoes and onions. It is customary to eat soup, the second course, and a small dessert at lunch. Locals invariably eat meat dishes for dinner. In general, there are more meat dishes than fish here. Every traveler should taste at least a few of them. For example, sobrebarriga deserves attention. This is a local type of steak. You should also pay attention to exotics like fried pork skin chicharrones.
Quite spicy fried sausages are hidden under the word cabano. Chunchullo is also sausages but made from poultry meat. Fried meat served with rice and beans is called Comidas Corrientes. Lenocha is a pig stuffed with peas, rice, and spices. This dish is designed for a large company. Keep this in mind when you place an order. Do you want a quick snack? Then you can taste empanadas-paisas. These are pancakes with minced meat. A stew of poultry, yuccas, and asiago potatoes is suitable as the first meat dish. Bandeja-paisa will appeal to those who like to try everything at once. This dish consists of pork, beef, rice, beans, sausages, eggs, avocado, fried bananas, and cassava. Copyright www.orangesmile.com
Excursion over cultural sights of Cartagena - 'must visit' points of interest
The main historical value of Cartagena is its colonial-times structures. You can endlessly admire the beautiful views of palaces and charming streets. The concentration of outstanding …

Open
There are a dozen other dishes that Colombians consider national. For example, you can order a morcilla in restaurants in Cartagena. This is a liver sausage served with rice and peas. You can also taste stewed ragout with rice and ceviche. Do you want tender meat? Then look for Conejo-Asado-con-leche-de-Coco of rabbit with vegetables and coconut. You can order Carne en Polvo for dinner. This is beef with vegetables and seasonings. Do you want some exotics? Then order hormigas-culonas. This is an original dish of fried giant ants. Fans of chicken soups will like sancocho de gallina. You can also taste ayajo. Potatoes, corn, and capers are added to it. Meat soup with beans is also delicious. It's called mazamorra. 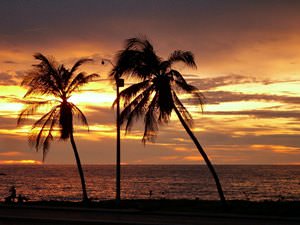 Side dishes are very different here. Papas are ordered with meat most often. It's fried potatoes. Papas-chorreadas is more interesting. This is a potato with tomatoes, herbs, and cheese. Frijoles is a garnish of beans. Rice is hidden under the word "Arroz". However, there are quite unusual side dishes here. For example, this is fried bananas platanos or aborrecido - also fried bananas with cheese. Salad of fried tomatoes and onions is hidden under the name of ogao. Ahi made from chili, vinegar, and spices is also interesting. Arepa is popular. This is a fresh corn tortilla. It plays the role of bread or is used as a spoon for the sauce in local cooking.
Your active city break in Cartagena. Attractions, recreation and entertainment - best places to spend your day and night here
The beautiful city with a Spanish soul is ready to offer tourists a lot of interesting entertainment. Cartagena has an excellent salsa school called Crazy Salsa, so anyone can enroll in an …

Open
The restaurants in Cartagena will surely appeal to fans of sweets. You can find here simple and satisfying desserts like manjar blanco – rice boiled in vanilla milk, or Arroz con coco – also rice but boiled in coconut milk. You should taste the original Yucca Banderos pie and fruit paste with guava – bocadillo. Strips of fruit dough fried in oil are hidden under the name hojuelas. If you order el carmeljo, you will get a fruit cake. You should taste the banana tentacion with cinnamon, sugar, and vanilla. An unusual dessert of milk, sugar, eggs, and cinnamon also deserves attention. It is called the arequipe. 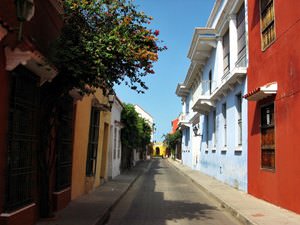 You can wash it all down with a cup of coffee or cocoa. You can also find herbal mate. Ordinary black tea is not in favor of Colombians. You should also taste local Cola made from natural ingredients. Lemonade soda and aromatics of herbs are also noteworthy. Colombiana and gaseosa are a couple of options for Colombian soda. The drink with sugar and lime juice is hidden under the name "Agua de panel". You should taste the local rum, aguardiente – bread vodka, chacha – sugar cane vodka from alcohol. Champus is also interesting. This is a foam drink made from pineapples. Local beer also deserves attention.

This guide to cuisine and restauraunt in Cartagena is protected by the copyright law. You can re-publish this content with mandatory attribution: direct and active hyperlink to www.orangesmile.com.
Cartagena - guide chapters 1 2 3 4 5 6 7 8 9

City tours, excursions and tickets in Cartagena and surroundings

Searching where to eat - restaurants and cafe on Cartagena map

Cuisine and restaurants in the neighbours of Cartagena

Medellin
For as less as several dollars the guests will be able to try excellent cakes and aroma coffee. A huge pie and a box of delicious candies will cost about 10 dollars. The Cafe Mykonos is a great eating house of Medellin. Its visitors can try and taste dainty dishes of Greek cuisine and take a rest after long exhaustive tours and walks as well as enjoy delicious refreshing ... Open »
Oranjestad
Gostoso's dessert menu is also pretty rich, and it is simply impossible to resist its signature cakes. Barefoot Restaurant is also distinguished by a delightful menu and original hall decoration. This one is open on the picturesque coast where some tables are set up just by the water's edge. In the evening, the outdoor terrace is lit by huge lamps, a pleasant romantic ... Open »
Bogota
Fans of European cuisine will surely like the dish called sobre barriga - a juicy steak, which can be served with vegetables, rice or stewed beans. Of course, the national cuisine has many original dishes that will be surely liked by fans of exotic food. For example, Conejo guisado con Coco – a rabbit stewed in coconut milk with spices. Fans of first course dishes will fell ... Open »
Curacao
A popular local snack is a pastechi pie. You can taste it not only in the national restaurant, but in open street cafes as well. Filling for pies is made from meat, fish, shrimp and special spices; the taste of pies is simply unique. Fans of meat dishes have to try cabrito stoba, lamb stew, which is usually served with vegetables. A popular dish is the kami stoba, the beef ... Open »
Willemstad
One of the coziest and most romantic places is Astrolab Observatory serving national cuisine. During the warm season, part of the tables is set on the open terrace, from which guests can admire picturesque surroundings. An interesting entertainment program is organized for guests every evening. Notable budgetary restaurants include Gouverneur de Rouville that offers its ... Open »
Bonaire
There are many restaurants of the Caribbean cuisine on the island. They will impress those who prefer exquisite seafood dishes. Many culinary masterpieces are grilled, which makes them more incomparable. Typical tourist restaurants are common on the island too. Here, you can taste pizza, fresh salads and sweets at reasonable prices. One of the typical Caribbean ... Open »

Travel notes on best cuisine and restaurants of Cartagena (Colombia) on OrangeSmile.com. Famous recipes and traditional dishes and courses in Cartagena restaurants. Where to eat - our recommendations on popular places in Cartagena, where you can taste delicious meal and also spend a good time with your friends.