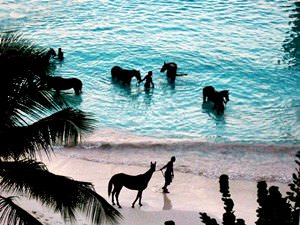 Barbados locals are active, friendly, and cheerful people. They are distinguished by an incredible sense of humor and optimism. Tourists quickly catch the vibe and indulge themselves into the joyful atmosphere. Life on the island is relatively slow and unhurried, and it feels that virtually nothing can ruin the harmony of this place. Crop Over Festival is one of the most important events in Barbados that always draws the attention of local people and numerous travelers from different parts of the world.
Guide to Bridgetown sightseeing - things to see and to visit
Barbados is an island country in the Caribbean Sea. It wouldn’t be an overestimation to say this place has been created for entertainment and rest. Big palm groves, silent bays of the …

Open
This colorful holiday appeared more than three hundred years ago and is dedicated to an important event – sugar cane harvesting time. In the 18th century, it was an incredibly important day. Local people brought gifts for gods and thanked them for good harvest. Nowadays, the economy of Barbados is not that much dependent on sugar cane, so it has lost its crucial importance in the life of local people, but the joyful celebration has become a good old tradition. Just like many years ago, locals elect the king and queen of the holiday. The celebration starts with a solemn ceremony dedicated to sugar cane. Once the “official” part is over, a grandiose carnival starts in Bridgetown.
A parade of carts is an essential part of the celebration. Local people always decorate these carts in most unusual ways. Many markets are open in the city during the event. They offer interesting handicrafts, souvenirs, traditional rum, and various national delicacies. Grandiose precessions of people dressed in gorgeous costumes, fashion shows, culinary competitions, music and theatre performances – tourists will definitely not feel bored. Despite the fact that the annual Barbados Carnival is not so famous as the internationally acclaimed events in Venice and Rio de Janeiro, it is not inferior in terms of the scale and tension as the celebrations mentioned above. The festival lasts several days and ends with beautiful fireworks. Copyright www.orangesmile.com
Family holidays with kids in Bridgetown. How to entertain your child, things to show to children.
Bridgetown is not a typical family resort. The city is famous for its historical sites and sports centers, as well as a rich world of marine life. However, guests with children will not be …

Open
Many traditions of Barbados have roots in the British and West African cultures. As the island was a British Empire colony for more than 300 years, the English influence is still noticeable. However, Barbados has its own unique culture that is very interesting to explore. If you want to get acquainted with the traditional music of the region, attend a performance of a tuk band. These bands usually consist of several musicians who play a kettle drum, bass drum, and pennywhistle. Their energetic music is like an invitation for a dance. Pottery also plays an important role in the Caribbean heritage and culture. If you are not sure what souvenirs to buy in Barbados, consider buying pottery. Local artisans create true masterpieces on a potter’s wheel. Functional goods and decorations – the choice is simply striking. 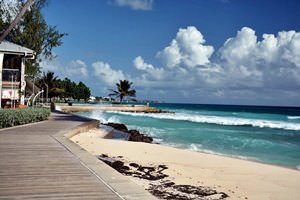 A vacation in Barbados is a great chance to try to play cricket. This game first appeared on the island in the 1800’s as many British soldiers liked it. Slowly, plantation owners and local aristocracy also started playing cricket. Even nowadays, there are many clubs that offer everyone to try to play this game. If you search for more authentic pastime, it’s high time to try road tennis. This game appeared in Barbados in the 1930s. Nowadays, it is possible to see people playing road tennis on both ordinary roads and professional courts. Dominoes is another traditional game in Barbados. It is possible to see local people playing it virtually everywhere – in rum shops, workshops, or fishing villages.
Cuisine of Bridgetown for gourmet with top restaurants and cafe
Barbados is glad to offer a variety of restaurants to its guests. Among numerous dining venues of the island, tourists will easily find restaurants of the national cuisine and European …

Open
Bridgetown is rich in various events. Besides Crop Over, tourists will find it interesting to attend the Oistins Fish Festival and Christmas celebrations at Queen’s Park. Christmas is also the time to try special seasonal dishes, such as jug-jug, baked ham, and rich cake with fruit and rum.

This guide to traditions and festivals in Bridgetown is protected by the copyright law. You can re-publish this content with mandatory attribution: direct and active hyperlink to www.orangesmile.com.
Bridgetown - guide chapters 1 2 3 4 5 6 7 8 9 10 11

City tours, excursions and tickets in Bridgetown and surroundings

Cathedrals and basilicas near Bridgetown
♥   St. Patrick’s Cathedral, Bridgetown, 0.9 km from the center. On the map

Unique landmarks in Bridgetown and around 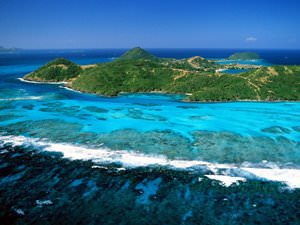 Distance from Bridgetown center - 10.2 km.
The island-state of Barbados, which belongs to the Lesser Antilles, is one of the most picturesque and beautiful islands in the world. Barbados is one of the most densely populated islands on the planet. Its surface area is 431 sq km, and the population today is almost 285 000 people. Almost entire coastal country Barbados is assigned to chic villas and first class hotels. Tourism is a foundation of the economy of the island state. … Read further 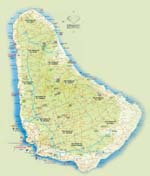 Colors of Bridgetown in photos

Traditions and festivals in cities around Bridgetown

Grenadines
Planning a trip to Saint Vincent, you have to remember that it’s not a good idea to start conversations about colonies and the way Europeans treat locals here. Descendants of black-skinned slaves, who were firstly appearing on the island after shipwrecks and then they were brought here to work on plantations by Englishmen and Frenchmen, are the majority of the local ... Open »
Diamant
French influence has found its reflection in national traditions. A large part of local people is fluent in the French and Creole languages. Locals are peaceful and good-tempered people. They are friendly and treat tourists with respect. That said, they can be sometimes short-tempered, and tourists can sometimes notice that. When exploring streets of the town, vacationers can ... Open »
Tobago Island
The islanders like the holidays. In general, people in Tobago try to have as much fun as possible, even in difficult life situations. The carnivals they have in Tobago are among the biggest in the world, where people of all ages participate. An interesting thing is that although there are a lot of religions on the island and not a dominant one, it is common here to celebrate ... Open »
Dominica Island
Despite the motley national composition – the descendants of European colonists, the descendants of black slaves, and Arawaks, and the Caribbean tribe of Kalinago live here – all local residents have several common features. The brightest of them is a universal love for music and dancing in all its manifestations. Most residents are Catholics, and therefore one of the ... Open »
Antigua Island
If you prefer public transport, look for white buses with the word «BUS» on a license plate. They drive insanely fast, bumping on potholes and stopping to get the hundredth passenger in a 15-seater mini-van. Keep in mind that this transport circling around the island only till 6 p.m. Later you have to rely on taxi drivers. They are easy to spot – they are of a yellow ... Open »
Long Bay
Such an eventful holiday program always attracts many foreign guests to the resort. Good-natured and friendly locals would serve as a nice bonus. They are distinguished by a very calm character, they are always well-disposed to foreign guests and ready to help and tell about the peculiarities of local culture. For many years, the islands had been ruled by the British, so they ... Open »

Cityguide on traditions, mentality and lifestyle of people in Bridgetown. Learn the best periods to visit Bridgetown to discover its soul - authentic festivals, events and celebrations. We will also reveal the interesting habits, attitude towards the world and to tourists in Bridgetown.