Sightseeing in Kolding - what to see. Complete travel guide 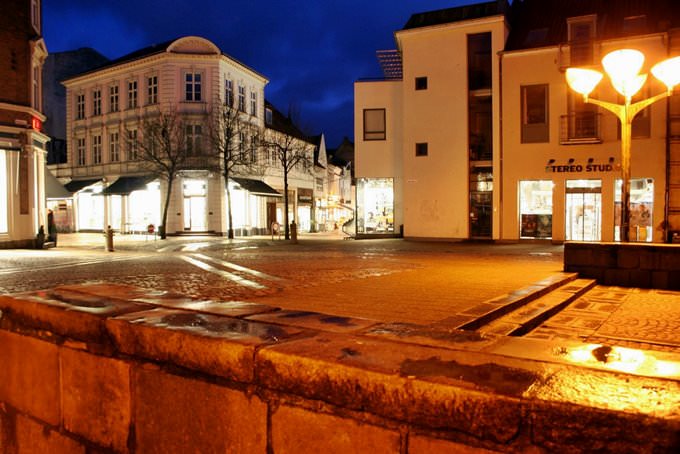 Kolding is a small provincial town that is located not far away from the border with Germany. Start your observation of this place from its central street. Here you will find several large museums, exhibition galleries and even an Art Museum. The Museum of History of Kolding is a wonderful place to learn more about the history of this place. The museum is opened in an ancient castle, which construction amazes by its grandiose architecture. The halls of the museum feature a collection of military armory and exhibitions of old documents.
Advices to travellers: what you should know while being in Kolding
1. The best way to explore the city attractions is by foot. Kolding is a very small town so interesting architectural objects and historical monuments are located literally at every step. …

Open
The Royal Palace is a famous masterpiece of old architecture. It is guarded by the state law. The castle was built in 1268 and was intended to become a guarding facility for protecting the borders of the Dutch Kingdom. During 5 hundred years the castle changed its status many times and was rebuilt. Initially this was a gothic style building with strict lines. Even today you can notice walls with brickwork that is usual for gothic style. Once the building was finished, the castle had two wings, but in 1534 its structure was changed and two more wings were added. This caused the formation of a wonderful inner square that is surrounded by protective moats on its perimeter. In 1597 the castle was damaged severely by fire and was totally reconstructed several years later by the order of Christian IV. The large Tower was built in the western part of the fort. A Knight Hall appeared as well, and a new church was built instead of the destroyed chapel. During the times of Friedrich IV the castle changed its style from gothic in favor to baroque. Not only outside look, but the inner decoration was changed.
In the beginning of the 19th century the building was severely damaged by fire, so in 1930 the castle was reconstructed once again. The modern look of the castle is the result of work of the architect Viggo Norn. Copyright www.orangesmile.com
Family holidays with kids in Kolding. How to entertain your child, things to show to children.
In Kolding, tourists with children will be able to organize an exciting cognitive holiday. The city has many excellent family attractions and beautiful parks. If children have a fondness for …

Open
In Kolding, several beautiful ancient temples have been preserved. One of the most popular sights is the Churches of St. Nicholas and St. Michael. They are regarded as a single architectural and historical complex. These churches were built in the same period - at the turn of the 12th - 13th centuries. During the Middle Ages, the city suffered from fires repeatedly. These two churches are one of the few buildings that managed to survive during this unfortunate period. Now they look almost the same as the first years after their foundation. The churches are active, they regularly conduct divine services. 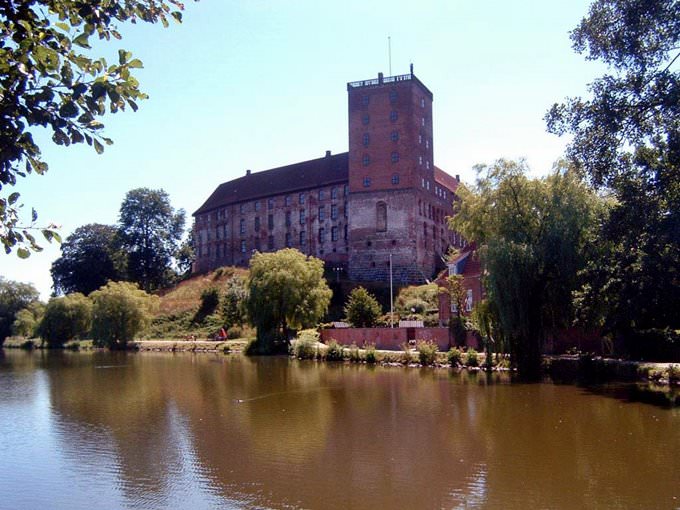 Art lovers will definitely like the Trapholt Museum for Moderne Kunst, which presents paintings of various periods. This museum is often used for various art exhibitions and cultural events. The entrance to most of them is absolutely free.
OrangeSmile.com recommends best hotels in Kolding Sysselbjerg Bed & Breakfast, Rating 9,4
Cuisine of Kolding for gourmet with top restaurants and cafe
Classical Danish restaurants predominate in Kolding, here you can taste traditional regional specialties. Fish and seafood, potatoes and pork dishes are available on the menu all year round. …

Open
Nature lovers will certainly like the Botanical Garden. It is considered one of the most interesting and largest in Denmark. Currently in the park, tourists can see a lot of rare plants brought from different parts of the world. In the garden, there are several greenhouses that are available for visiting all year round. 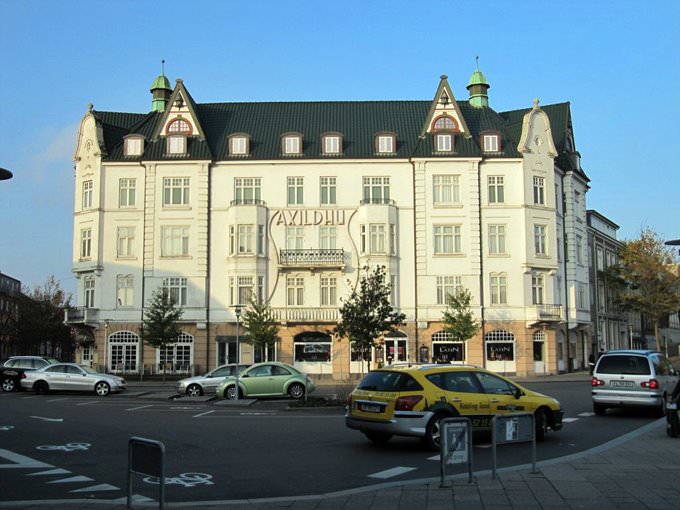 An ordinary walk around the city can also turn into an exciting excursion. As it was mentioned earlier, almost all the medieval monuments of Kolding were destroyed by fires. After which the city was diligently restored by local foremen. Now on the historic streets, one can admire the beautiful buildings of the 16th - 17th centuries, in which are located interesting stores, souvenir shops and restaurants.
Authentic traditions, festivals and lifestyle of Kolding inhabitants
Local residents are very friendly people with a great sense of humor. They are not used to being in a hurry, performing all routine affairs very responsibly, as well as devoting enough time …

Open
One of the most unusual museums in the city is Kolding Miniby. Its main exhibits are miniature models of historic houses. This open-air museum is located in a beautiful park. It accurately recreates some of the historic streets of the city. Here you can admire the reduced copies of many famous landmarks, and also make a lot of spectacular photos. 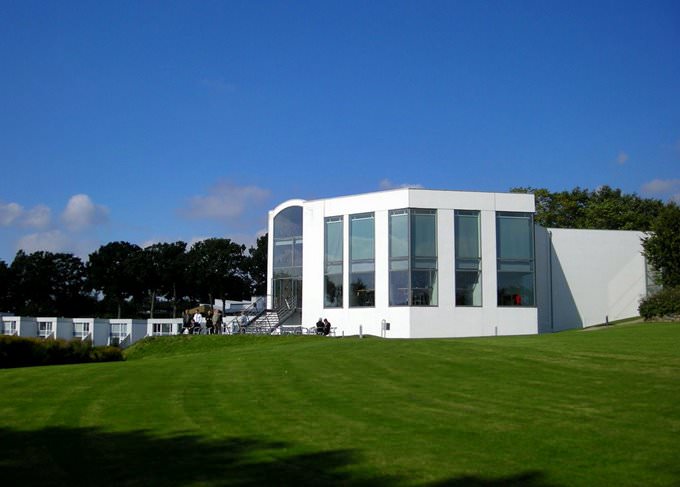 In a beautiful historical building, is located a museum Hartevaerket. It is devoted to an important component of urban communications - running water. In this museum, the old model of the aqueduct can be seen. Many of the exhibits can be touched by hands, so the museum is very popular among tourists with children. Some of its exhibits are displayed outdoors in the garden.

This guide to iconic landmarks and sights of Kolding is protected by the copyright law. You can re-publish this content with mandatory attribution: direct and active hyperlink to www.orangesmile.com.
Kolding - guide chapters 1 2 3 4 5 6 7

City tours, excursions and tickets in Kolding and surroundings

Survived castles around Kolding
♥   Castle 'Koldinghus Castle' , 1.1 km from the center. On the map

National and city parks around Kolding
♥   National Park 'Nationalpark Vadehavet' , 66.2 km from the center. On the map

Sights around Kolding from our guide 'Extreme places on Earth' Distance from Kolding center - 35.3 km.
Both the smallest visitors as well as the adults who like the breathtaking roller coasters will find a suitable attraction here. In the LEGOREDO Town Park you can go canoeing, and in the 'Piratenland' the visitors can go on a quest for the treasures. Adventureland will please the followers of unusual attractions, and DUPLO land - the smallest visitors to the park. Legoland is regularly supplemented with the new attractions and recreation areas. Today, the park covers more than 100 square meters. Annually more than 1.5 million people visit the park. … Read further

Sightseeing in Denmark: things to see

Art connoisseurs are recommended to take a walk on the New Haven boulevard as the majority of famous art galleries, exhibition centres and museums are located there. Several important sights are located on the City Hall Square, where guests of the city will see Charlottenborg Palace, Art Academy and the Royal Theatre. Arsenal Museum is usually called the most famous culture facility of the city. The museum exhibits collections of fire arms, vintage clothes and carriages. … Open

Search touristic sites on the map of Kolding

Sightseeing in regions nearby Kolding

Odense
The city is rich in historical monuments and places of interest as well. The Tower of Odin is one of them. It was built in 1935 and occupied the second place in terms of height among the similar buildings in Europe. In 1944 the building was damaged by the explosion organized by the Danish Nazis. It was decided not to build the tower from the new one and so a miniature model ... Open »
Silkeborg
Silkeborg is famous for its festivals. One of them is Jazz Festival, which takes place every year and lasts four days. During these days the city is full of music that can be heard from the depths of the concert hall while walking down the street from the restaurant or just sitting on the meadows in the park. There is also a famous fireworks festival that is held every three ... Open »
Flensburg
A remarkable fact about this town – the majority of the town’s streets and pedestrians and cyclists only. You can also rent a boat in the port district and head out to explore the coastal attractions. Lovers of nightlife will also find here much interesting as in the town there are so many pubs, discos and nightclubs that fit all tastes. Rest in Flensburg will be enjoyed ... Open »
Arhus
Den Gamle By city-museum is one of the most unusual places of Aarhus. The museum is a small town full of old buildings. They were transported to Aarhus from all over the country. On the streets of this city you can see the "locals" dressed in old clothes - it's the museum’s staff who greets visitors every day. Besides the city-museum several religious buildings of the past ... Open »
Kiel
You can diversify your cultural program by visiting Warleberger Hof museum that is located in one of the old mansions of Kiel. Here often take place various exhibitions, the majority of which is dedicated to notable events in the history of the city. You can get acquainted with the nature of the region by visiting Zoological Museum. It exhibits a large collection of items, ... Open »

All about Kolding, Denmark - sightseeings, attractions, touristic spots, architecture, history, culture and cuisine. Prepare your trip together with OrangeSmile.com - find out the 'must see' things in Kolding, which places to visit, which excursions to take, where the breathtaking views are waiting for you. Planning your trip with this travel guide will help your to get the most out of Kolding in few days.