Preparing your trip to Pattaya: advices & hints - things to do and to obey 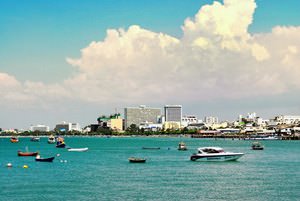 1. The city of Pattaya welcomes its guests all the year round. The hottest period of the year is considered to be from April till May. The rainiest months of the year in Pattaya are considered to be September and October. Heavy rains are probable in this period almost every day. However they fall normally at night and are rather intermittent so the rains will not badly impact vacation plans.
2. The main city transport is songthaews which are small open vans following certain routes like common buses. A trip should be paid directly to a driver of a van. Setting off to a city exploration tour travelers should have enough change.
3. Local restaurants feature rather affordable pricing policy. Thus prudent tourists should not deny their pleasure of visiting some upscale gastronomy establishments of the resort. An average cost of a rich dinner for two in one of the ethnic restaurants will be about 50 Euro.
4. Local markets and private shops welcome bargaining as this is an optimum way to sufficiently reduce a price. Open markets are the best places to hunt some souvenirs, memorable gifts and crafts meanwhile clothes, perfumes and jewelry should be bought in specialized stores and boutiques.
5. Local shops and stores offer a wide choice of fake brand clothes and accessories that is why tourists should be rather attentive and careful as in case of identification of fake items in the airport they will be confiscated. Copyright www.orangesmile.com
6. All the staff should be rewarded with tips. In restaurants and cafes a 5% addition to a total sum of a bill will be quite enough. In restaurants the tips for a waiter may be in coins meanwhile hotel maids, taxi drivers and other staff should be rewarded only with tips in notes. An average amount of tips equals 20 baht.
7. An optimum way to pay for goods and services is the national Thai currency. However local shops and restaurants accept US dollars and Euro as well. But in this case a cost may turn higher. Banks offer a more profitable currency exchange rate. Tourists will find numerous private currency exchange offices in Pattaya.
Extraordinary weekend in Pattaya - unusual places, services and attractions for travel gourmet
…

Open
8. Tourists should follow rules of decorum. One should not speak and laugh in high key in public places. One should address a conversation partner in a calm, quiet voice as excessive excitement will puzzle local folks as in Pattaya such an act is considered to be offensive and disrespectful.

Preparing your trip to Pattaya: advices & hints - things to do and to obey You can re-publish this content with mandatory attribution: direct and active hyperlink to www.orangesmile.com.
Pattaya - guide chapters 1 2 3 4 5 6 7

What to visit being in Pattaya - unique sights 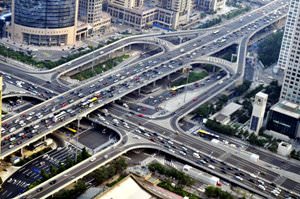 Distance from Pattaya center - 84.1 km.
The bridge was built over the busy 34 motorway, which is considered one of the city's traffic-congested and difficult streets. The leading engineers and architects from Thailand and the USA, whose number was also Gin M.Mullers, have participated in the development of the bridge project. The bridge construction has demanded more than 1.8 million cubic meters of concrete, which ensures the high reliability and resilience of the bridge. … Read further 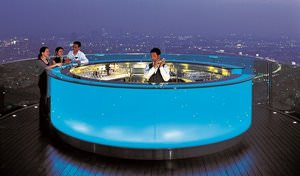 Distance from Pattaya center - 96.3 km.
The bar has no special decoration. The tables and armchairs were placed in the open-air terraces and the main decoration of the bar is the artistic lighting. The bar works from 6 o’clock in the evening and if you want to visit it, reserve the table in advance. Fans of "Hangover II" will be delighted. They can order the original cocktail Hangovertini, which was made up especially for the ceremony of the film’s ending. … Read further 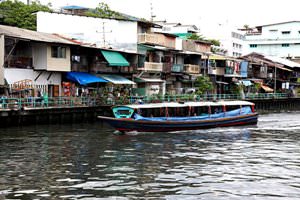 Distance from Pattaya center - 97.4 km.
Narrow rivers passing through the territory of towns and beautiful natural areas have begun to attract the attention of tourists. So it was agreed to keep a part of canals. Today boat rides through the canals are a popular tourist activity. Pleasure craft and wood boats are found cruising through the Khlong Canals every day. In Thailand it is common to find colourful water markets along the way. Some of the canals are often used for holding sporting events. Experienced travellers say that the most picturesque canals are in the surroundings of Bangkok, so this city has gained the name "Venice of the East" not without a reason. … Read further

City tours, excursions and tickets in Pattaya and surroundings

Tips for the cities around Pattaya

Bangkok
2. Bangkok, as well as any other Thai city, is a very religious place. That is why travelers should show great respect for local religious customs. Criticizing religion is strictly forbidden, as well as giving negative comments about the royal family. 3. Do not show your anger or speak in a raised voice in public places and on the streets of Bangkok. This will be ... Open »
Hua Hin
2. Local people are very sociable and easy to go on contact with foreigners. You can talk about any topic with them; the only taboo is discussing the royal family. 3. Don’t enter the territory of a temple or a private house in shoes, as this is one of the most serious offences. When visiting religious sites it is allowed to put a pair shoes in a bag and take it with you. ... Open »
Ko Chang
2. If you believe the opinion of seasoned travelers, the most attractive and affordable eating places are located within White Sand Beach. This is where you can taste affordable seafood dishes of great quality. 3. Foreign guests should take into account that all Buddha images are sacred to the locals and severe penalties are provided for their desecration. It is worth ... Open »
Ko Samui
2. Tourists should also be reasonable in eating local foods which may seem to foreign tourists rather weird. The process of adjustment to local cuisine should run gradually. Feeling the fist symptoms of indigestion or abdominal discomfort tourists are strongly recommended to stop consuming local foods and opt for habitual dishes. 3. Many local residents have a good command of ... Open »
Krabi
2. While walking through the parks and nature reserves it's necessary to listen to the guide. Don't touch unknown plants in any case. Personal belongings should be closely monitored, as nature reserves are inhabited by quite a lot of monkeys. They can deftly snatch the bag or camera, and it will be very difficult to return your stuff. 3. Markets and shops accept only local ... Open »
Phi Phi Islands
2. The archipelago has excellent ferry service to the islands of Phuket and Krabi; travelers would find it easy to get to latest. Ferry ride takes less than two hours. Itwill give a lot of impressions, even more exciting than boating ones. 3.Water transport is the only mode of transport on islands. Throughout the islands you can travel on foot or by bike, as places are very ... Open »

Travelling to Pattaya - advices and tips. What should be provisioned in advance, the rules you might want to follow, and the things you better avoid doing in Pattaya. We help you to make your trip smooth and easy, with no unexpected surprises.