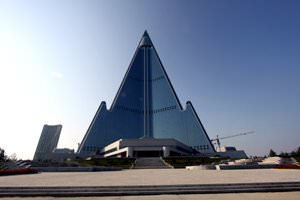 The legendary Ryugyong Hotel with no doubt can be described as the most famous hotel in North Korea. The construction of the most beautiful pyramid-shaped scyscraper began in 1987, but its opening was delayed. The hotel is 330 metres high and has 105 floors, it has been designed to have 3000 rooms. Although the Ryuguong Hotel is still closed for guests, it is among the most exceptional buildings of the kind.
This is the only hotel in the world, which numbers more than a hundred floors. Poor-quality completion of the work has influenced greatly on its opening. The top floors had been built with the rejection in engineering calculations, as a result, in a few years, the top floors needed to rebuild.
In 2013 the Kempinski company developed an interest in running the hotel, but the threat of sanctions by the United States and difficult political interactions made it give up its ambitions. For many years, one of the world’s tallest buildings remains the main focus of tourists’ attention and major periodicals. In 2008 it hit the rating of Esquire magazine and was recognized as one of the projects in the history of mankind that failed. Currently, the unique skyscraper is ready for occupation, it is quite possible that pretty soon the Ryugyong hotel will expect its first guests. ... Complete sights collection 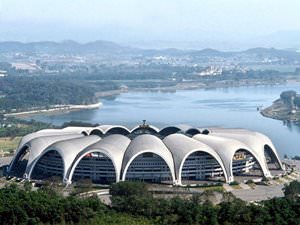 A really incredible stadium is located in Pyongyang. The stadium of the 1st of May was in 1989, on the occasion of the XIII. Festivals of youth and students. The stadium can accommodate 150,000 spectators and surprises not only with the impressive size, but also with the original form.
The huge building is stylized like a magnolia flower. This similarity is due to 16 arches surrounding the stadium round-the-round. Since the opening, the stadium has been used for the most important cultural events. At the stadium of the 1st of May, the annual Ariran show, which is attended by more than 100,000 people. In addition, the national football team North Korea plays their home games on the stadium. Here are the excellent conditions for viewing the sporting events.
Currently, the stadium on May 1 is the largest stadium on the planet. Many curious tourists and sports lovers dream of visiting it. The general area of ​​the stadium is 207 thousand square meters. It is remarkable that there are only seats for spectators at the stadium. On holidays and during cultural events the stadium is illuminated by the incredibly interesting illumination. On the day of Ariran the stadium is almost always full. ... Complete sights collection 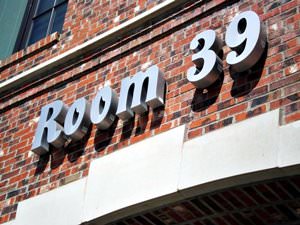 In North Korea there are also secret organizations, whose real activity ordinary people can only guess. One of the most interesting among them is the so-called Bureau 39, which is also known under the unofficial name 'Room 39'. This organization is located in Pyongyang and was founded in the 70s of last century. According to some assumptions, it is engaged in financial operations and literally laundering the state's money through operations with classified accounts in China and Switzerland.
Many believe that the activities of the secret bureau are directly related to a number of fraudulent transactions involving drug trafficking and arms smuggling. It is obvious that representatives of the North Korean government completely deny their participation in illegal financial activities, but they do not aspire to spread the activity of the bureau. The exact location of Room 39 is unknown, but it is assumed that it is located in the building of the Labor Party. Given the closed nature of North Korea, it is not surprising that the secret bureau is completely closed from outsiders. To at least admire the building of the ruling party from the outside, an ordinary tourist will have to make a lot of efforts, and there is no question of penetration into the building. While the number of myths about the secret bureau is only growing, more recently a well-known publication issued a statement that in the walls of Room 39 there are machines for printing counterfeit dollars. ... Complete sights collection 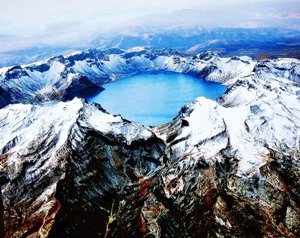 The ancient Changbaishan volcano is situated on the border of China and North Korea. Its last major eruption occurred in the early 11th century. This eruption was so powerful that even residents of Japan living about 1 200 km away from the epicenter, have felt its effects. Today, the picturesque Tianchi Lake, which was formed in the caldera, reminds about the disaster. The diameter of the bowl is about 4.5 km and depth is 1 km.
Tianchi Lake is very popular among tourists, and not only because of the spectacular scenery. Many travelers and researchers believe that the lake waters are inhabited by animals unknown to the science. Some even managed to take pictures of these unidentified beings. Currently, Changbaishan volcano is dormant. Its last eruption occurred in 1702. In 1994, emissions of gases were recorded, but, according to geologists, there was no evidence that the eruption may resume.
Recently, the area around Changbaishan volcano was declared a biosphere reserve. Its amazing scenery, unique natural attractions, and great spiritual significance for the local people convinced the government. Many North Koreans consider these recreational areas sacred. Tourists are attracted by the opportunity to take a walk through the picturesque forests and admire the peaceful lake, as well as to see the amazing stone columns. The reserve is well-equipped. It has comfortable pathwalks. Some places can boast with excellent viewing platforms. ... Complete sights collection 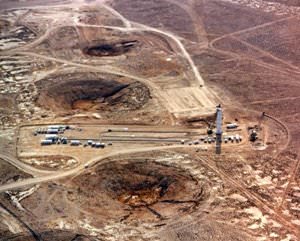 Punggye-ri Test Site is a huge nuclear test site in Kilju County, North Korea. It has appeared only in 2006. Since the foundation there were made several large tests, the largest were in 2009 and 2013. All data about the explosions are top-secreted. The specialists could estimate only the approximate power of nuclear bombs – from 2 to 10 kilotons.
In January 2016 on the test site was made an explosion of the thermo-nuclear bomb, which power was about 10 kilotons. A great number of explosions was made under the earth that became a reason of many earthquakes. Seismologists thoroughly look for the region, however, the tests are top-secret, that’s why it is quite hard to foresee the new earthquake.
Punggye-ri Test Site is a functional one. On its territory, people can get by three tunnels. Kilju County is situated not far from the test site, more than 10 years it has been under a great threat. In the case of the nuclear catastrophe, locals could be in the bad zone of radiation poisoning. It is quite hard to estimate the real threat for locals because the tests are security-guarded. ... Complete sights collection
This article about unique points of interest in North Korea is protected by the copyright law. You can re-use the content, but only under the condition of placement of an active link to www.orangesmile.com.

All unique landmarks of North Korea on the map

Photogallery of landmarks of North Korea