Fun and festivities in Mozambique - celebrations, festivals and cultural events 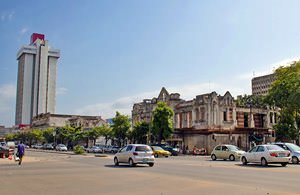 Mozambique is a country with rich culture. More and more foreign guests discover this beautiful place, but it is early to call Mozambique a mainstream destination. If you like discovering new places, visit this country and see it with your own eyes. People have lived and worked here since prehistoric times. Rock drawings of people and animals discovered on Mount Vumba date back to the 4th millennia BC. The modern national school of art started forming in the 40s of the 20th century. Bertina Lopes is considered the first professional painter in modern Mozambique.
Things to do in Mozambique - active leisure
Mozambique is a country with ancient history, rich flora and fauna, and gorgeous beaches. There are many attractions left from the colonial period …
Read further
Malangatana Valente Ngwenya is one of the most famous modern painters. In his works, Malangatana shows his vision of the traditional art of his home country. Colorful, bold, dynamic art with some elements of abstraction and grotesque has become the signature style of Malangatana. In 1997, UNESCO named him the “Painter of the Year”. The National Art Museum exhibits many works of talented Mozambican artists and sculptors, including masterpieces of Alberto Chissano, Athi-Patra Ruga, Patricia Tokavsedh, and Anabela Faia. The art museum is a must-visit destination.
At the end of January and the beginning of February, Mozambique hosts an interesting festival dedicated to the Marrabenta dance. Some events take place in the capital, and some events – in the neighbor city of Matola. The final concert is held in the village of Marracuene. This is an enchanting show that lasts until the morning. Musicians and viewers arrive in Marracuene in a special train that departs from the central station of Maputo. This thematic train is called the Marrabenta train, and all people participating in the celebration can use it for free. The train ride is a part of the festival too, so everyone continues dancing and singing on the go. Copyright www.orangesmile.com
What you need to know about Mozambique prior to visit - advices
1. Don’t forget that Mozambique is a country with a tropical climate. A vacation here requires a hat, sunglasses, and sunscreen. If you plan to try …
Read further
The Marrabenta rhythm is very energetic, engaging, and comfortable for dancing. The movements of dancers are often intuitive. The basic moves are simple, so even people who are not familiar with Marrabenta can join the fun. The festival emerged at the beginning of the 21st century. More foreign travelers discover this event every year, and there are already people who visit Mozambique with the sole purpose of attending this celebration of music and good mood. Of course, this festival is also the right place to try palm wine and fresh fish cooked by the traditional Mozambican recipes. 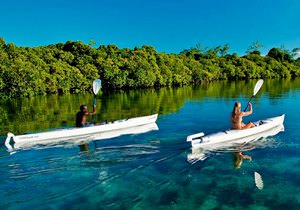 The Nyau cult is popular and widespread in Mozambique. It is famous for its passionate dancing in ritual masks of spirits and animals. It is believed that participants of the Nyau rituals become vessels for the spirits that they represent. Nyau is a secret society, and new members pass through a ceremony that takes place at the graveyard at night. The practice of talking to the dead is the aspect that scares many people. The cult has existed for more than a thousand years. The origins and main purpose of Nyau are a mystery. Members of the cult are prohibited to share any information. No one knows the real faces of the masked dancers. People, who were trying to discover the secrets of Nyau, were found dead. However, the major ritual dance of Nyau - Gule Wamkulu – is not a secret. Tourists can see it during national holidays.
What to see and what to visit in Mozambique with children
Africa is a mysterious and attractive destination for European tourists. If you plan to visit Mozambique and explore this country together with your …
Read further
It is possible to see the beauty of the country and familiarize oneself with its culture, but to truly comprehend it tourists need to feel the soul of Mozambique. Music and dancing are one of the ways to do this but there is on more way – to visit local sorcerers. These people are the country’s “doctors” who cure both body and soul. Local people believe that they can help to cure diseases, bring money and good luck, or help to get a good wife or husband. Ceremonies of a favorable wind, good luck at fishing – perhaps, local sorcerers have a suitable ritual for every occasion. Try to visit one of these local wise men. It is easy to find them, simply ask at your hotel. 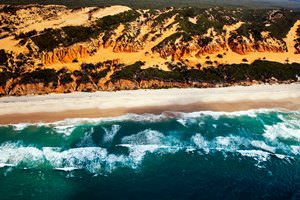 When it comes to health, local people prefer to visit not professional doctors but folk healers. A quick proof: there are only one and a half thousand doctors in the country and seventy thousand folk healers or sorcerers. They even have an organization – AMETRAMO or the Association of the Traditional Doctors of Mozambique. The organization was officially established in 2001. It gives licenses to people who practice non-traditional medicine – shamans, sorcerers, and healers.
Shopping in Mozambique - best shopping places, what to buy?
Mozambique is a country in Southeast Africa. Scientists proved that people lived here yet 2 million years ago. The rich history of this exotic country …
Read further
As a rule, all sorcerers have a spirit or several spirits that they work with. These can be the spirits of the dead ancestors, relatives, warriors, wild animals. Quite often, successful people drastically change their lives and become sorcerers. For example, Ropinho Cassuada was a successful bank worker but he decided to change his life and become a “witchdoctor” because, as he tells, a spirit of his ancestor entered his body and ordered him to do this. Nowadays, Cassuada works in Mafilipa village in Tete province. By the way, the healing process and any other ceremony are possible only when the spirit enters the witchdoctor’s body. At least, this is what these healers say. 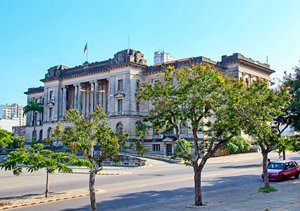 Catholicism is the official religion of Mozambique. Approximately 24% of the country’s population practices this religion. The share of Muslims is a bit smaller – roughly 20%, and 8% are Protestants. The majority of people follow their ancient cults, such as shamanism and witchcraft. There is even an official witchcraft school in Maputo, and every Mozambique citizen can study there. The school program has some very unusual courses, for example, how to get rid of angry spirits. That being said, the diploma of this school is equal to the diploma of a medical university.

This article about national fests and celebrations of Mozambique is protected by the copyright law. You can re-use the content, but only under the condition of placement of an active link to www.orangesmile.com.
Mozambique guide chapters 1 2 3 4 5 6 7 8 9 10
Country maps 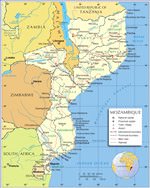