Maps of cities and regions of Moldova 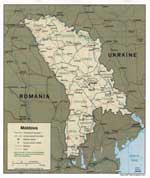 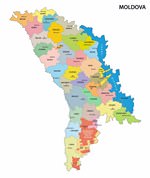 Interactive maps of hiking and biking routes in Moldova

1. You can zoom in/out using your mouse wheel, as well as move the map of Moldova with your mouse.
2. This interactive map presents two modes: 'Biking Routes' and 'Hiking Routes'. Use the '+' button on the map to switch between them.


Railway and landscape maps of Moldova

This Moldova map has two modes: 'Railway Network' and 'Landscape & Rural Map'. Use the '+' button on the map to navigate.

Maps of cities and regions of Moldova

Tiraspol
In Tiraspol, you can take an interesting sightseeing tour. In the beautiful historic building with a tiled roof, there is the Tiraspol Unified Museum. In the first half of the city, several small museums were founded in the city. Then, it was decided to unify them. The Unified Museum was opened in 1958. Now, several themed exhibitions are organized here. Some of them are dedicated to important historical events, other cultural traditions, and lifestyle of citizens. In total, the museum … Read more

Chisinau
A landmark for Chisinau's historical site is the Holy Gate, also known under another name - the Arch of Victory. This arch is located in the heart of the city, which was built in 1840. It has a massive bell, the weight of which is more than 6 tons. This huge bell was cast from melted Turkish cannons. This historical monument looks very impressive. The oldest building in Chisinau is Mazarache Church, which was built in the middle of the 13th century. The history of this church is inextricably … Read more