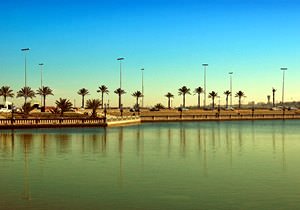 What can a deserted North African country offer to modern tourists? There are no internationally famous resorts here, but Libya is home to incredibly interesting archaeological and historic regions, unique cities with beautiful buildings and colorful markets, and coastal cities with beaches. Even an adventure to a desert will bring you much excitement.
First settlements in Libya existed already in the Neolithic age. Later, such powerful states as Phoenicia, Carthage, the Roman Empire, and Byzantium controlled this land. During the Middle Ages, Arab tribes started settling in this territory actively, and so Islamic culture started spreading in Libya in the 9th century. Starting from 1551, Libya was a part of the Ottoman Empire. In 1771, the Karamanli dynasty took control over the territory.
Until the mid-19th century, slave trading was allowed in the country. Only thanks to the efforts of Turkish authorities slavery was banned in 1855. The 60s of the 19th century mark the start of the country’s development. This was the time when new universities, typographies, and cultural centers appeared in Libya. In 1911, the country stopped being a part of the Ottoman Empire and was soon occupied by Italy, and later by the United Kingdom and France. Libya restored its independence in 1951. Copyright www.orangesmile.com
Tripoli remains the most visited tourist destination in the country. This ancient city was founded by Phoenicians more than 2,500 years ago. There is still an ancient historical quarter with low-rise stone houses. Old mosques make Tripoli even more attractive and colorful and loud bazaars add a special charm. Here, visitors can see the beautiful Gurgi Mosque and the Karamanli Mosque that is one of the oldest in the city. Besides interesting museums, there are many artisan workshops that attract numerous tourists. 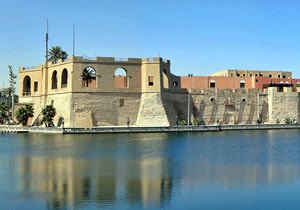 Leptis Magna is an ancient town that was founded during the reign of the Roman Empire. This is another interesting destination for everyone who likes excursions. Nowadays, tourists visit this town to see various antique attractions such as an old fort and a gorgeous 70-meter-tall amphitheater. Centuries ago, this amphitheater hosted many spectacular events. During a stroll in the town, visitors can admire beautiful old sculptures, basilicas, and even a complex of ancient thermal springs.
Near Tolmeita, a small village in modern Libya, there are ruins of the ancient city of Ptolemais. Here, visitors can explore the ruins of a beautiful palace that was built in the 1st century BC. It is a miracle that this gorgeous two-story palace has survived until our times. Even 2,000 years later, gorgeous mosaics and drawings decorate the walls of the palace. Visitors have an opportunity to enter one of the oldest palaces in the world and see precious artifacts that are kept inside it. There is a magnificent historic street near the palace, which is decorated with old sculptures and fountains. 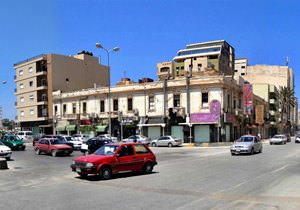 Tourists interested in antique landmarks simply cannot fail to visit Cyrene. The gorgeous Apollo Temple built in the 7th century BC remains the main symbol of this town. This is quite a large architectural complex, many elements of which have been unchanged for more than 2.5 years ago. Ancient thermae not far from the temple amaze generations of visitors. The heavily decorated thermae has skillfully made mosaics created by the best masters of the country.
If you prefer to stay away from loud and crowded cities, then Susa is a suitable destination. For several thousand years, an impenetrable wall has been separating the town from the rest of the world. Nowadays, this wall has become the main historic symbol of Susa. All signature buildings in the town are located close to this wall. Tourists can also see ruins of ancient thermae and theater, as well as fragments of a grandiose Byzantine palace. Numerous churches are one more interesting peculiarity of the old town. Some of these churches were built more than a thousand and a half years ago. Despite a relatively small size of Susa, there is an interesting museum. Antique sculptures and mosaics of the Byzantine period make up the basis of the museum’s exhibition. All these artifacts were discovered in the town and its suburbs. 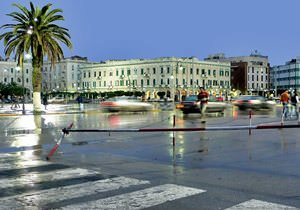 Since recently, Libya has established a regular air connection with many European cities. International Tripoli Airport now welcomes flights from Frankfurt, Amsterdam, London, Milan, Istanbul, Palermo, Valetta, Vienna, Rome, and Paris. It is also possible to reach Libya by ship – there are ferryboats that connect Libya with Malta. Every week, several ferryboats depart from Valetta and head to the port of Tripoli. It takes roughly 12 hours to reach Libya. Tourists can arrive in Libya by bus from Tunis and Egypt. There are regular buses to the Republic of Chad, Algeria, and Niger, but the frequency of these buses is quite low.
This article about iconic landmarks and sights of Libya is protected by the copyright law. You can re-use the content, but only under the condition of placement of an active link to www.orangesmile.com.

Famous and uniques places in Libya from our review series 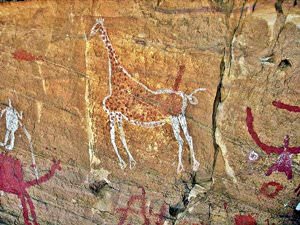 In the Cave Tadrart-Akakus, Sahara Desert, Lybia, were also found traces from the petroglyphic drawings and pictures. That claims that thousand years ago the territory of the present dessert had some water reservoirs and was suitable for living. The oldest drawings were made about 12 000 years ago. They were found in the caves from these mountain ranges. There were depicted crocodiles, giraffes, rhinos. There was time when the area near the mountain range was full of plants, trees and bushes.

Within the time these places were absorbed with the dessert. The scientists suppose that the last people tribes left these places in 100 AD. All tourists who come here can’t forget these landscapes for a long period time. In the Tadrart-Akakus area you can see not only the ancient caves with the … Read all 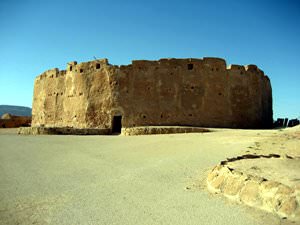 Abnormally high temperatures may be encountered not only in the vast desert, but in some cities. A good example is the Libyan city of El Aziziya situated on Dzheffar Sahel plateau, near the eponymous desert. Its temperature record has been placed a long time ago, on September 13, 1922. That day the temperature in the city warmed up to 57.7°C.

People have being living in El Azizia for many hundreds of years. According to the latest census, the city population is about 4,000 people. Despite the fact that a temperature record of 1922 has been refuted by modern scholars, there is no doubt in an extremely hot climate of the city. In summer, temperature regularly reaches 48.9°C. Active travelers are attracted not only with the amazing city of Berbers, but also with the desert of the same … Read all
Country maps 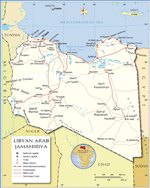 Sightseeing in popular cities of Libya

Benghazi
Greeks founded this city. This important event took place in 347 AD. Initially, Benghazi was a port city for Romans and Byzantines, but Arabians conquered the area in the 7th century. Wars didn’t stop with the Arabian reign, and the Ottoman Empire claimed the Benghazi region in the 16th century. The city remained a part of the empire until the beginning of the 20th century. Despite the power of the reigning force, Italians managed to conquer the city. At that time, Benghazi wasn’t a … Read more