Cultural sightseeing in Jamaica. What to visit - museums, temples, castles and palaces 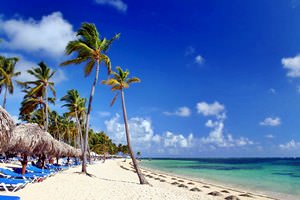 Jamaica is not only about magnificent beach recreation, exploring fabulous local nature, and quality nightlife. On this island, tourists can also see and visit many cultural and historic landmarks. Devon House, which is located in the capital of Jamaica, remains the main national landmark of the island. This beautiful mansion was built by George Stiebel, the first black millionaire of the island, in 1881. The entrance to the house in the colonial style is decorated with a marble fountain and a green area with palm trees. The mansion itself is a treasury full of antiques brought from such countries as England, France, Caribbean countries, and, of course, Jamaica. The rich interior design of Devon House tells visitors the history of this building. There are also personal items of the owner. The adjacent territory has an ice cream café made in the style of the 19th century, a bakery, and a restaurant that is open in the former stable.
What to see and what to visit in Jamaica with children
In the opinion of many travelers, a vacation in Jamaica is not very family friendly and suitable for children. Some think that there are almost no …
Read further
King’s House (Government House) is the official residence of the Governor-General of Jamaica. This is a colonial-style building located in the heart of the Jamaican capital close to Devon House. It appeared on the island in 1907 thanks to efforts of architect Sir Charles Nicholson. Inside, the house amazes with its gorgeous design, golden tapestries, and old furniture. The three-story building exhibits a collection of antique items. Among the most precious artifacts, it is important to mention a finely crafted Bible used for taking oaths and three silver lamps. The grand dining hall still has big portraits of King George III and Queen Charlotte. Tourists can explore the nearby garden and take many fantastic pictures of this wonderful architectural landmark.
Without a doubt, the Bob Marley Museum remains one of the most famous and frequently visited landmarks in Jamaica. The venue dedicated to life and music of the reggae idol is open in the capital of the country. The museum’s walls are covered with paintings mostly made in red, yellow, and green colors. There is a statue of the singer and an Ethiopian flag not far from the museum. Founded in 1985, the museum offers not only an excursion in the house but also in the herbal garden. Fans of the singer will also find it interesting to visit the library and find out more about the life and music of the legendary performer. The museum complex also features a café, bar, and a souvenir shop that sells honey under the Bobs Honey trademark. This honey is produced by the bees that live in Marley’s garden – the singer himself took these bees under his wing. Copyright www.orangesmile.com
Shopping in Jamaica - best shopping places, what to buy?
Shopping has long become an essential part of any vacation, Jamaica is no exception here. Despite the fact that the island doesn’t have a highly …
Read further
Not far from Montego Bay, tourists can visit Greenwood Great House. The gorgeous house has survived until our time in its original look despite the fact that it was built more than two centuries ago! No restoration works have ever happened here. Greenwood was also not affected by the anti-slavery rebellion that took place in 1831. There is a reason for that – the Barrett family, which owned the mansion at that time, were against slavery. In the mansion, visitors can see a large library, a unique collection of musical instruments, a collection of porcelain from China, and paintings made by the Barrett family members. Visitors can also walk in an adjacent garden and see a marvelous panorama of the Caribbean Sea when standing on the top veranda of the mansion. 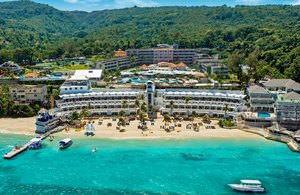 Rose Hall, which dates back to 1770, is considered the most famous mansion on the island. According to a legend, the mansion’s mistress Annie Palmer was practicing voodoo rituals and used them to kill her three husbands and many slaves. During an excursion in Rose Hall, guides will surely tell many thrilling stories about this building. Tourists will see rooms that were used for murdering purposes, will listen to interesting stories about the “white witch”, and visit Annie’s grave. A visit to the basement is the most interesting part of the excursion because it was used as a prison for slaves in the past. Nowadays, there is a bar open instead of the prison. Former plantations around the mansion have become a popular tourist area. These days, there are golf fields, a hotel, and villas that are available for booking.
When and where to 'hang out' in Jamaica - festivals and celebrations
From sunrise and until sunset, Jamaica is a fantastic kaleidoscope of colors and beauty that make the island a true treasure of the Caribbean. No …
Read further
Not far from Montego Bay, tourists can visit St James Church that is widely recognized as one of the most famous religious buildings in Jamaica. The church, which dates back to 1780, was initially built in the shape of a cross. However, the church was severely damaged in an earthquake in 1952, so it was rebuilt later. The entrance to the church is decorated with old and gorgeous wooden gates. Inside, visitors will find fine marble statues and fabulous stained glass windows. Among marble statues created by John Bacon, there is also a statue created by Annie Palmer. If you look closer at it, you will notice purple traces on the statue’s neck. Annie died because of strangling, and the trace on the sculpture is one more proof of that from another world. 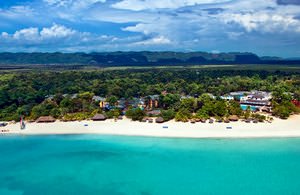 The National Gallery of Jamaica is the oldest and the largest museum on the island. It was founded in 1974. Close to the gallery’s entrance, there is a sculpture of two women whispering something to each other. The exhibition is dedicated to works of all famous sculptors and painters of Jamaica. The main part of the permanently exhibited collection is located in ten halls on the first floor. All artworks are exhibited in a chronological order starting from 1922. In the gallery, visitors can see an exhibition dedicated to sculptures of the 19th century and works of British and Spanish painters that date back to the colonial period of the island. There are also a café and a souvenir shop that sells books, reproductions of the most famous works, and various artworks. The gallery is free to enter on every last Sunday of the month.

This article about cultural sites of Jamaica is protected by the copyright law. You can re-use the content, but only under the condition of placement of an active link to www.orangesmile.com.
Jamaica guide chapters 1 2 3 4 5 6 7 8 9 10 11

Famous sites of culture and history of Jamaica in photoset

Culture and monuments in popular cities of Jamaica

Montego Bay
The most conspicuous construction is the Rose Hall built by a British slaveholder in the late 18th century. In the lifetime of the owner, the mansion and the adjacent territory covered an area of over 2 500 hectares. About 2 thousand slaves worked on spacious plantations. A lot of scary stories and legends are associated with the old mansion. It was fully reconstructed not so long ago and now appears to travelers in all its glory. On the ground floor of the mansion, there is a popular bar. … Read more

Kingston
Among the most valuable exhibits are rare stuffed animals, as well as unique geological and paleontological artifacts found by researchers in the city. The museum collection started growing more than 90 years ago, the very first exhibits were collected by the local university's students and staff. Now the museum has an interesting marine collection, as well as a hall with entomological exhibits. No less interesting is the Geology Museum whose mineral collection is considered one of the … Read more