Cuisine of Davos for gourmets. Places for dinner - best restaurants 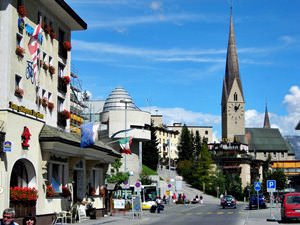 Today the Davos cuisine consists of hundreds of dishes, originating from the French, Italian and German culinary traditions. There are also dishes that came from England, the United States and Denmark, but their number is much smaller. However, today we can safely say that modern Swiss chefs have long considered their pride dishes borrowed from neighbors centuries ago. And there is every reason for this. Traditionally, local dishes are quite simple and very hearty. The most common products are cheese, butter, milk, eggs, vegetables, and meat.
Guide to Davos sightseeing - things to see and to visit
Davos is an internationally famous Swiss ski resort. The town is widely recognized as one of the best mountains resorts in the world. For more than 50 years, fans of skiing from all over the …

Open
Davos breakfast is quite light. Traditionally, the locals eat one or two sandwiches of bread and cheese and drink coffee with milk in the morning. Dinner is usually also quite modest. Dinner is boldly considered the main meal. Be sure to order fondue at local restaurants. Frankly, it's not really a dish, but a way of serving or a way of mixing ingredients. Fondue consists of a special dish in which melted cheese, wine, spices are mixed. Often potato flour is added to this mixture. A tray with pieces of meat, bread, potatoes or other vegetables, which are dipped into the mixture with a special long fork, is also served.
Often fondue involves dipping a piece not only in cheese but also in white wine or strong Kirsch. Fondue is usually ordered for everyone sitting at the table. So the portion will be rather big. However, if you see a dish containing the word “fondue” in the name – do not rush to order it. It will be better if you clarify its composition with the waiter. The fact is that dishes made with a completely different technology are often called fondue in local restaurants. However, the only thing that connects them with the classic dish is the addition of cheese, which is also not always present in the dish. For example, "chicken fondue" is an ordinary chicken in a creamy sauce, and fondue rustic – fried meat with potatoes under melted cheese with spices. Copyright www.orangesmile.com
Family holidays with kids in Davos. How to entertain your child, things to show to children.
Active and curious children who are ready for adventures and new discoveries will love Davos. There are not too many attractions and specialized children's entertainment here, but there is …

Open
There is also a dessert fondue option. Everything is almost traditional in that case, but you get hot chocolate instead of cheese. It can be mixed with puree, fruit and ice cream. Waffles, cookies or plain bread are usually dipped in it. This fondue often contains whole or crushed nuts. Another dish that is definitely worth tasting while on holiday in Davos is called raclette. The composition is quite simple – it is a melted cheese of the same name used for filling potatoes cooked in the peel. Raclette is served with pickles, onions, vegetables, spices, and herbs. 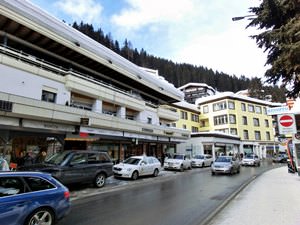 There is a special cheese soup in town that is always served with cubes of fried bread and a few dozen kinds of cheese salads. Very tasty fried meat is served with soup, which is also abundantly sprinkled with cheese. Julienne is quite a popular dish among the locals. You can taste even such a seemingly banal dish like scrambled eggs in Davos. The locals cook it with cheese, and not in a frying pan, but in a water bath.
Authentic traditions, festivals and lifestyle of Davos inhabitants
Most of the events taking place in Davos involve physical activity. For example, the EuroSki Event takes place here in the second half of March. This is quite a significant event in the …

Open
The fried potato tortilla roesti is popular as a quick snack. It is cooked with much oil and sprinkled with cheese. It is eaten as an independent dish or together with sausages as a snack, or as a side dish to meat or less often - to fish. Soup based on cottage cheese, sour cream or cream can be an unexpected item on the menu. And it is not necessarily sweet. Meat and vegetables can be added to this soup. Local meat schnitzels and sausages are worth a taste. Pork legs and sausage salad with cheese and vegetables will also be of interest to you. 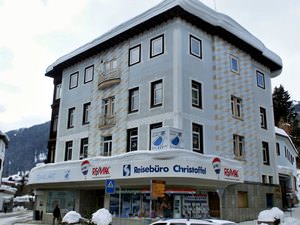 Kräpfli can be used for a snack. These are puff pies with various fillings, most often with vegetables or meat. Leaver is also popular in local cuisine. Fried bread, potatoes, pasta, beans, and cabbage can be ordered as a side dish. There are few sea fish and seafood dishes in mountain Davos. Such a type of river fish as trout is very popular among local cooks. Chocolate deserves special attention as a dessert. It can be both a chocolate bar and candies with different fillings. Honey cakes, puff cakes, cookies with almonds and chocolate, rolls, muffins, and biscuits - all this is very tasty Swiss sweets. Very tasty cakes, both biscuit, and custard are cooked in Davos. You can order dessert with chocolate.
Excursion over cultural sights of Davos - 'must visit' points of interest
Fans of excursions and walking will fall in love with Davos. The town is rich in historic landmarks and interesting cultural venues. For example, many tourists enjoy visiting …

Open
It is worth tasting the locals' favorite muesli. You can drink traditional juice, coffee or tea after eating the magnificent creations of local chefs. Herbal teas are the most popular in the town. If we talk about coffee, it is worth noting that in addition to the usual espresso, Americano and cappuccino, you can taste a very strong ristretto. Hot chocolate is also popular among the locals. It is worth tasting the local beer. There are many varieties of it, but the most delicious is the dark one from Samichlaus. The local wine is also very good. Despite the fact that Switzerland practically does not export its wines, you can find very tasty varieties in Davos. It is worth noting that many of them cannot be bought outside the country.

This guide to cuisine and restauraunt in Davos is protected by the copyright law. You can re-publish this content with mandatory attribution: direct and active hyperlink to www.orangesmile.com.
Davos - guide chapters 1 2 3 4 5 6 7 8 9

City tours, excursions and tickets in Davos and surroundings

♥   Restaurant 'Leonto' Davos-Platz. Type - International. 0.2 km from the center. On the map

♥   Restaurant 'Capricorn' Davos Dorf. Type - International. 3.3 km from the center. On the map

♥   Restaurant 'Grischunstübli' Klosters. Type - Classic cuisine|Creative. 9.6 km from the center. On the map

Searching where to eat - restaurants and cafe on Davos map

Cuisine and restaurants in the neighbours of Davos

Sankt Moritz
St. Moritz being a luxurious ski resort features a vast choice of upscale gastronomy establishments as well. The town boasts about 80 elite restaurants, cozy cafes, budgetary eateries and stylish bars, a major part of which is scattered right over the scenic mountain slopes. Tourists have a unique chance to enjoy original dishes with skis and snowshoes being still on. As every ... Open »
Bregenz
Wirtshaus am See starts serving its guests early in the morning. This restaurant is incredibly popular with tourists and youth - Wirtshaus am See offers a selection of food at very affordable rates. The venue is always present in the list of the best budget restaurants in Bregenz. At Poseidon, visitors can try finest Greek cuisine. As this prestigious restaurant is very ... Open »
Solden
A light breakfast Frühstück is served in the morning in many hotels in Solden. Most often it is bread with butter or jam and coffee or milk. However, local residents often start their day with a more dense meal. It includes soup, noodles, potatoes, meat or sausage, and salad. Dinner, Nachtmahl, is often very light here. It includes just a salad, fish, meat or cheese with ... Open »
Ticino
Culinary traditions of Ticino are represented by delicious minestrone soup, polenta and risotto. Connoisseurs are well aware that those are typical Venetian dishes; Italy had a big impact on culinary traditions of the region. However, all the Italian dishes have a unique Swiss flavor, so it would be interesting to taste them. There are many recipes for cooking vegetable ... Open »
Locarno
Ethnic cuisine of Locarno is a traditional fondue, fragrant wines and simple but rich dishes. The city boasts gastronomic establishments of different trends that is why choosing a proper restaurant meeting the taste and fancy of every traveler will not turn to a great challenge. The Pizza restaurant Primavera is of great popularity among tourists and city guests. Its menu ... Open »
Konstanz
Fans of German cuisine would enjoy the rest in Konstanz as in local restaurants chefs prepare all the most popular national dishes. Foreign tourists like pubs very much, because there, in addition to the best beers, a wide variety of snacks and branded treats are provided. One of the most popular places is Tolle Knolle restaurant. Its cozy room is always full of visitors; Tolle ... Open »

Travel notes on best cuisine and restaurants of Davos (Switzerland) on OrangeSmile.com. Famous recipes and traditional dishes and courses in Davos restaurants. Where to eat - our recommendations on popular places in Davos, where you can taste delicious meal and also spend a good time with your friends.