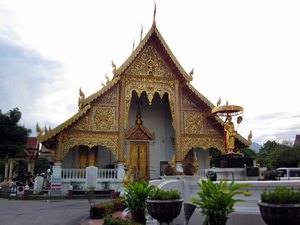 Buddhism plays an important role in the life of Thais. You can see monks on the streets at dawn collecting alms, and most young people go to the temple for a kind of obedience after reaching the age of 20. A statue of Buddha is one of the most honourable places in every house, many people have images of the King and Queen on the walls. The traditional greeting in Thailand is called wai. Essentially, the palms of the hands are momentarily pressed together in a prayer-like gesture with fingers pointing upwards, usually close to the chest, and the head slightly bowed. In no case do not touch the head of a local resident and especially children, the head is considered to be a «clean place», and only the closest people can touch it.
Cuisine of Chiang Mai Region for gourmet with top restaurants and cafe
It can be confidently said that the cuisine of Chiang Mai is quite exotic but still delicious, healthy and safe for tourists. The basis of the diet of Thais is traditionally rice, which is …

Open
Much attention is paid here to the position of the cardinal points in the planning of housing, furniture arrangement in the house and organization of space. There is a certain system in which the North and East have a higher priority than the South and West. Traditionally, the door is located in the East.
When communicating, keep a distance and do not touch the interlocutor. It is accepted to remain calm, not to show anger openly, not to shout and not to express emotions violently in public places. Fortunately, most of the rules do not apply to tourists, but you should still know about them. Copyright www.orangesmile.com
Excursion over cultural sights of Chiang Mai Region - 'must visit' points of interest
The most popular tourist temple is Wat Phra Singh. It is located in the Old Town on Thanon Ratchadamnoen street. You should definitely visit this place, even if the temples are not included …

Open
A lot of festivals are held here. Thais love holidays and celebrate them in a big way. In November, try to visit Loy Krathong - one of the most beautiful national holidays. On this day, locals get rid of all the negative. The original ritual of purification is carried out – thousands of small boats made of dough are lowered into the water, which symbolize a kind of offering to the Spirits of water. There are concerts within a few days around the city and various entertainment events. 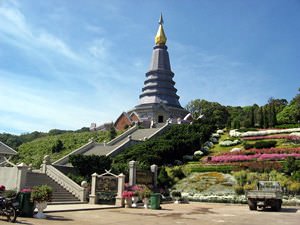 The Yee Peng Festival takes place in November. This is a kind of new form of celebration Loy Krathong, but residents launch into the sky lanterns instead of traditional boats.

The Winter Festival and Red Cross Fair are held at the end of December. The fair traditionally has a lot of local goods directly from factories at low prices. There are also music shows and a beauty contest.
Your active city break in Chiang Mai Region. Attractions, recreation and entertainment - best places to spend your day and night here
Chiang Mai is surrounded by mountains. Go to Doi Ang Khang, there are gorgeous views and real mountains, but it is cold here in winter. However, you can explore caves here. The most famous …

Open
If you go to Chiang Mai in January, try to come here during Chinese New year, it is celebrated on January 22-23. You can see stunning bright parades and processions, traditional dances of dragons and lions in Chinatown these days. 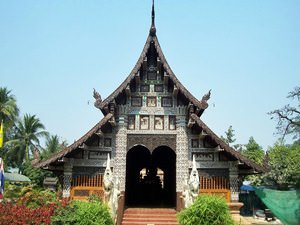 There is a festival of flowers in early February. This is perhaps the brightest event of the year, a lot of people come to Chiang Mai to see it and take part in celebrations. In addition to flowers, much attention is paid to local crafts at the festival, you can buy traditional dishes, figurines, clothes and household items.
Advices to travellers: what you should know while being in Chiang Mai Region
1. There is a temperate climate in Chiang Mai, from November to February the average daily temperature is comfortable, and this is the best time to travel to Thailand. From March to June – …

Open
Thai New year, or Songkran, is celebrated in April. If you get to Chiang Mai these days, you can take part in the celebrations. Residents visit churches on holidays to make donations, concerts and performances are held everywhere. One of the most spectacular events of the holiday is the procession of the Beauty Queen. The whole city turns into a show for a few days. The peculiarity of Chiang Mai is that holidays are determined by the lunar calendar, so the dates are constantly shifted by a few days. If you want to get to a particular event, be sure to check with the dates in the current year. 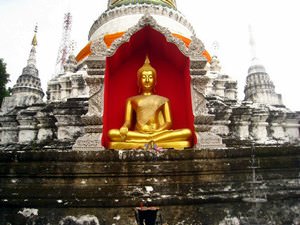 At the end of May or June, the city hosts the City Column Festival, which attracts a large number of residents of the Northern provinces. You can see flowers and candles everywhere. Religious parades are also held during the festival.
Top hotels in Chiang Mai Region for business trip or short vacation
Among the hundreds of hotels in Chiang Mai there are many elite facilities and hotels with an unusual history. Travelers who are interested in culture of past centuries will certainly be …

Open
Thais celebrate European New Year, it is customary to give gifts and visit close people on this day. Unique purification ceremonies conducted by Buddhist lamas create an incredible atmosphere.

Children's Day (second Saturday in January) is widely celebrated in Chiang Mai. There are concerts and processions, children's competitions and entertainment activities. Balls and flowers are everywhere. You can hear music everywhere and ride different rides. In the evening, hundreds of fireworks are launched into the sky. 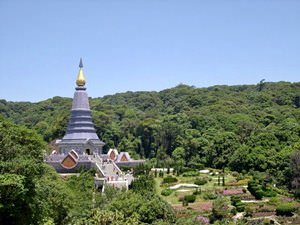 On February 9, the whole country celebrates Magha Puja, the day of paying homage to Buddha. This is an official public holiday. All residents go to the temple to take part in prayer and rituals.

You can visit the Kite Festival in March. The festival annually attracts more and more foreign participants and spectators. Competitions and festive events are held here.
Shopping in Chiang Mai Region - main shopping streets, outlets and boutiques
You should definitely go shopping in Chiang Mai. There are all conditions for shopping: a large selection of goods, affordable prices and as many as two shopping areas, designed primarily …

One of the most important holidays is considered Visakha Bucha -it is dedicated to Buddha, his life, teaching and death. It is celebrated on the 15th day of the 6th lunar month. In July, Asalha Puja is celebrated, another important religious holiday, when Buddhists go to the temple to pray and make donations. Khao Phansa is celebrated almost immediately after it – the day before the long fasting which lasts 3 months.

This guide to traditions and festivals in Chiang Mai Region is protected by the copyright law. You can re-publish this content with mandatory attribution: direct and active hyperlink to www.orangesmile.com.
Chiang Mai Region - guide chapters 1 2 3 4 5 6 7 8 9

Cathedrals and basilicas near Chiang Mai Region
♥   Sacred Heart Cathedral, Chiang Mai, 50.6 km from the center. On the map 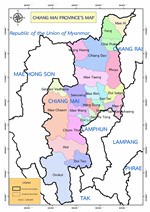 Traditions and festivals in cities around Chiang Mai Region

Chiang Mai
During the festival, local people conduct a lot of interesting rituals; one of the most interesting is related to the launching of small boats resembling lotus flowers. Today, miniature boats are made of dough, whereas many years ago, local residents have made ​​them out of banana leaves. Some coins, sweets and fruits, as well as a small lighted candle are put in the boat; ... Open »
Chiang Rai
Those who love flowers would like the festival held in February. The grand Flower Festival is accompanied by an abundance of recreational activities, including exhibitions and solemn processions, exciting competitions, concerts and the traditional beauty contest. In days of the festival, Chiang Rai is immersed in the unique flower atmosphere; streets are decorated with ... Open »
Bangkok
Many traditions and customs of the locals may seem quite nice and fun to observe. The natives follow these traditions for many hundreds of years. For example, you can see a small wooden house next to each house or a public institution and store. It is made for the "keeper of the home" - a kind spirit that protects the owner and his house from all troubles. After moving to a ... Open »
Pattaya
The most waited and wanted holiday among local folks is the Pattaya Songkran Festival or the Thai New Year. The festival takes place in the middle of April annually. It lasts for seven days and features numerous mass festivals and shows, dancing and music performances, grand fireworks. Travelers visiting the resort during this festival should keep in mind one specific cultural ... Open »
Hanoi
National Day is celebrated here on September 2. Local residents celebrate it on a very large scale. Parades and festive processions are held on this day in the city. Musical groups perform on this day. Fireworks are also launched into the sky. Ho Chi Minh's portraits are everywhere. Ba Đình Square becomes the center of celebrations. Various traditional festivals are ... Open »
Hua Hin
Residents treat their homes with great trepidation and believe they are guarded by good spirits. While walking around the city you can see small colorful constructions close to some houses; in such a way locals are making homes for guardian spirits. It is remarkable that such facilities are close not only to residential buildings, but also to entrances of some banks and office ... Open »