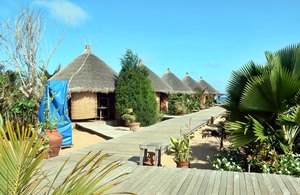 Diverse nature and beautiful sandy beaches make this African country irresistible in the eyes of modern travelers. This is the right place to relax at a calm beach, explore fabulous mountain areas, see centuries-old forests, and amazing groves of oil palms. Some tourists come to Togo to see wild animals in their natural habitat, and some tourists prefer to move from one town to another, learning more about the original and interesting culture of indigenous people.
There is not much information about the early history of the country. Archaeologists discovered pottery and iron items made more than 2,000 years ago. The Portuguese were the first Europeans who reached the territory of modern Togo. They established several large centers of slavery trade here. The colonial period started late for Togo. The country’s territory became a protectorate of Germany in 1884.
The German colony got a new name in 1905 – Togoland. During World War I, Great Britain and France occupied the colonial country, and so they set up their authority over the western and eastern parts of Togoland respectively in 1922. The modern country of Togo is a former French colony that became independent in 1956. Copyright www.orangesmile.com
Lome, the capital of Togo, once was one of the richest cities in Africa. Nowadays, only historic landmarks remind of the former glory of this place. It is possible to see amazing Palais des Congres, the old university building, and the Big Market – one of the most interesting places in the capital. Besides historic landmarks, the capital has many attractions, such as modern hotels, restaurants, and shops. 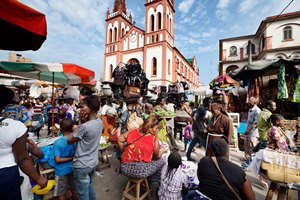 Not far from the capital, tourists can find the mysterious town of Togoville. Many consider this town the birthplace of Voodoo magic. Togoville has a range of interesting historic landmarks, such as the gorgeous Palace of King Mlapa III, several colonial churches with skillfully made stained-glass windows, and a large arts center. The latter is a relatively new attraction. The center is a complex with numerous artisan workshops where local masters create their interesting artworks.
The fishing village of Aneho is an old colonial capital of the country. The town lost this status in 1920. This is a charming settlement where tourists can walk in beautiful old streets and watch local fishermen at work. For a small fee, any of them will gladly take a tourist as a passenger. Aneho becomes even a more interesting place to visit after sunset. Local restaurants start cooking delicious fish dishes that fill the streets with their mouthwatering fragrance. 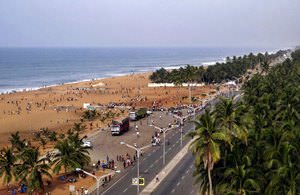 Fans of beautiful nature simply cannot fail to visit the Fazao Malfakassa National Park. This is one of the largest national parks in the country that is situated in the mountain region. This area has very different terrains – in this park, visitors can go up to the top of small mountains, walk in a bushy savannah, and admire waterfalls and rocky cliffs hidden in the lush flora. The region has quite a complex terrain from a geological point of view, but it is very comfortable to explore local attractions on foot.
In the Keran National Park, tourists have a unique opportunity to watch elephants and giraffes in their natural habitat. This nature reserve is also home for hippos that are quite rare animals for Togo. Besides that, there are many rare species of birds. Tourists are welcome to participate in interesting excursions in all-terrain vehicles. Some areas are suitable for trekking. 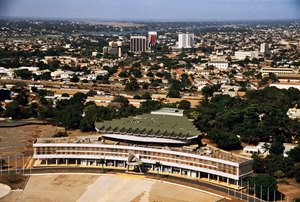 A visit to the city of Atakpame is an amazing opportunity to get acquainted with the traditional lifestyle of indigenous people. This city was founded during the German colonization period. Just like many years ago, agriculture is the main occupation of local people. In the city’s suburbs, one can see multiple coffee bean, cocoa, and cotton plantations. There are many interesting artisan shops and workshops in Atakpame where tourists can buy souvenirs. The atmosphere in the city hasn’t almost changed over the last century. Just like many years ago, it is possible to see beautiful old houses of local people and a part of the old radio station.
The largest international airport in the country is open in Lome. It accommodates flights from Paris every day. When it comes to African countries, Togo has active air connection with Nigeria (Laos), Senegal (Dakar), Mali (Bamako), Côte d'Ivoire (Abidjan), and Niger (Niamey). Despite the presence of railroads in Togo, there are no trains to other countries. Finally, it is possible to reach Togo by car from Burkina Faso, Benin, and Ghana.
This article about iconic landmarks and sights of Togo is protected by the copyright law. You can re-use the content, but only under the condition of placement of an active link to www.orangesmile.com.
Country maps 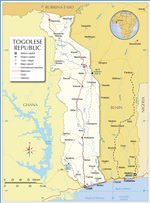 Sightseeing in popular cities of Togo

Lome
The settlement was founded in the 18th century. People from the Ewe ethnic group were the first settlers in this area. In 1882, two brothers, Chiku and Octavian Olimpiu, founded the first company that was engaged in trading operations. Until that moment, the settlement had another name – Bay Beach – and was a village. As the brothers’ company became prosperous, Lome turned into one of the major trading centers in Africa. Two years after the arrival of the entrepreneur brothers, Germans … Read more