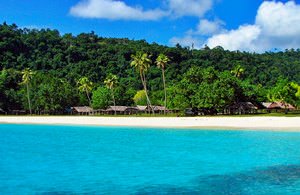 The Solomon Islands are a large island country in the Pacific Ocean that consists of more than 900 islands. Travelers come here to see evergreen forests, active volcanos, and beautiful beaches. Historic landmarks of the colonial period make it even more interesting to explore the islands. If you have always dreamt of an exotic vacation and are searching for an interesting place for diving, this is the right place to visit.
First settlements on the Solomon Islands were founded more than 5,000 years ago. Numerous archaeological excavations prove this. In the 12th – 8th centuries BC, the Lapita tribes inhabited the islands. Scientists consider the Lapita predecessors of modern Polynesians. Spanish explorer Álvaro de Mendaña y Neira is recognized as the discoverer of the archipelago. It was he who named the archipelago after legendary Bible king Solomon. The Spanish founded their first colony on Santa Cruz in 1595, but they had soon to abandon the island because of the tensions with the indigenous tribes.
Europeans left the islands for 150 years. The expedition of British explorer Philip Carteret visited the islands in 1767. Europeans started active colonization of the archipelago only in the second half of the 19th century. Until that time, all attempts to set up colonies failed because of hostile aboriginal tribes. The official period of British colonization started in 1893. During World War II, Japan occupied a part of the archipelago. The Solomon Islands became independent only in 1978. Copyright www.orangesmile.com
Guadalcanal is the largest island of the archipelago, but it has a complex rocky terrain. Because of this, all settlements are situated close to the coast, and the capital of the islands, Honiara, is no exception. The Solomon Islands’ capital is distinguished by multiple attractive buildings. Best restaurants and bars, as well as a wonderful port district, attract numerous guests of the city. Honiara is a modern city, so there are almost no historic landmarks, but the choice of entertainment and shopping opportunities is incredibly pleasing. 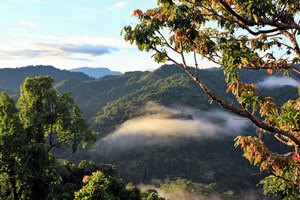 There is an interesting cultural landmark not far from the capital – the old Betikama church. Many artisans have their workshops near the building, so tourists can see how local masters create their masterpieces from wood and metal. Naturally, it is possible to buy many interesting and one-of-a-kind souvenirs here. There is a small historic museum, the exhibition of which is dedicated to World War II.
Do you dream of swimming in an abandoned beach and snorkeling in beautiful areas? In this case, Marau Sound resort is a must-visit destination. It has become famous because of beautiful coral reefs. These reefs became home to hundreds of exotic marine creatures. Divers from all over the world arrive in Marau Sound to admire the marvelous underwater world of the region. Despite the uniqueness of the resort, there are still not many vacationers at local beaches. 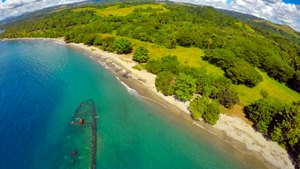 The Florida Islands are a lot more attractive destination from a historical point of view. This is the location of the old colonial capital, the city of Tulagi. In the past, the islands’ government was situated here. There were many beautiful mansions and a rich merchant district. All luxurious houses were destroyed during World War II, and it was decided not to rebuild them. The capital was simply transferred to another island. It is still possible to see traces of the bloody battles on the island.
Are you fond of active recreation? If the answer is yes, then Savo Island is an ideal vacation destination. This island is almost deprived of any tourist infrastructure. Instead, it has many pristine beaches, interesting trekking routes, and an active volcano, an excursion to the crater of which is a favorite pastime of tourists. As many ships sank near the coast of Savo Island, local coastal waters are very popular with divers. 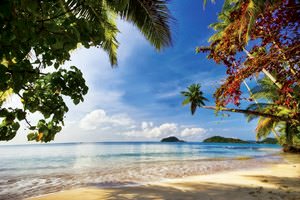 Malaita Island is an interesting destination for everyone who wants to get acquainted with the national culture and traditions of the islands. Malaita Province consists of a group of small islands, many of which were made by local people right on atolls and underwater rocks. Nowadays, aboriginal tribes inhabit this province, and it is very interesting for foreign guests to see their traditional lifestyle that hasn’t changed through centuries.
It is possible to reach the Solomon Islands by airplane from Australia and New Zealand. As a rule, aircraft by Solomon Airlines depart from Sydney and Brisbane. There are several flights a week from Auckland. It is also important to mention that the airport in the capital accommodates flights from Fiji and Papua New Guinea. It is easy to move between the islands using boats and ferries. Upscale tourists can rent yachts.
This article about iconic landmarks and sights of Solomon Islands is protected by the copyright law. You can re-use the content, but only under the condition of placement of an active link to www.orangesmile.com.

Famous and uniques places in Solomon Islands from our review series 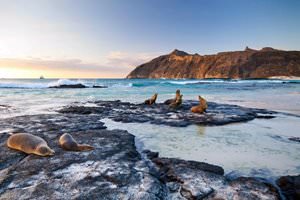 The giant Ontong Java Plateau is located in the Pacific Ocean. Its area is about 2 million square kilometers. Trapp can be compared in size to Alaska. It is located near the Solomon Islands. Trapp had a direct influence on the formation of this picturesque archipelago. The thickness of the trap is 30 kilometers in some places. According to rough estimates, the eruption of igneous rocks took place at this point of the earth about 125 million years ago. The period of activity lasted for more than one hundred years. About 100 million cubic kilometers of lava were thrown to the surface of the earth during this time.

Modern scientists have managed to estimate the approximate center of trap activity after numerous studies. This is the Louisville hotspot. As recent studies have shown, the lava … Read all
Country maps