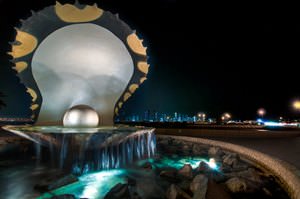 A famous archaeological and historical center, this country is increasingly becoming more popular with tourists. The majority of places of interest in Qatar are connected with archaeological findings. Doha suburbs are the location of a very famous place - Al Zubarah Archaeological Site, a UNESCO World Heritage Site. In the 18th century this area was a blooming and prosperous city with the same name. The age of that city was over a thousand years. A big fort remains the main symbol of Al Zubarah. Nowadays, the fort is used to hold the collection of the Regional Museum and all of its items are dedicated to the history of the country. Archaeological excavations continue even these days, so the collection of the museum regularly gets new items. During the medieval era, this city was a prosperous one thanks to pearl diving. There are some ancient ruins near Al Zubarah, so tourists can see remains of ancient protective facilities, as well as burial mounds that appeared here yet during the prehistoric era.
Umm Salal Mohammed Fort is one more interesting landmark that is located in the vicinity of the capital of Qatar. This is a moderately-sized white building with a small mosque standing nearby. Both the buildings have retained the atmosphere and charm of past days and look spectacular with azure coastline on the background.
Tourists will find many interesting architectural landmarks in the capital of the country. In Doha, you will find Fort Doha, City Center Doha, the House of Government, popular shopping centers Hyatt Plaza and Landmark, a zoo, an aquarium, as well as numerous entertainment parks and bazaars. Besides walks in interesting markets, entertainment centers and restaurants, travelers are recommended to visit numerous museums of Doha. The National Museum of Qatar remains the biggest museum in the city. It is open in the luxurious palace that once belonged to Sheikh Abdullah bin Mohammed. A giant two level aquarium is considered the heart of the exposition. Here visitors can see the underwater world in its splendor. Other halls of the museum are dedicated to marine explorations, scientific discoveries, latest findings of archaeology and astronomy. The Museum of Weapons also exhibits or a large collection of precious artifacts. All the items are from the private collection of Sheikh. In the museum you will see items brought from different parts of the world. The collection of the Ethnographic Museum is no less interesting. Here visitors will see different household items, national costumes, work tools and crafts made by skillful local masters. It is worth mentioning that all the museums were open in old buildings that were constructed several hundred years ago. Copyright www.orangesmile.com

Until the 7th century, on the territory of Qatar, there had been separate state systems that later became a part of the Arab Caliphate. The development of the country was greatly influenced by Bahrain, under which it had been in the 8th-9th centuries. In the first half of the 16th century, Qatar saw the colonial period. The Portuguese were interested in its territory. However, Europeans could not strengthen their positions in these lands. Shortly after their arrival, the entire territory of Qatar came to the Ottoman Empire. 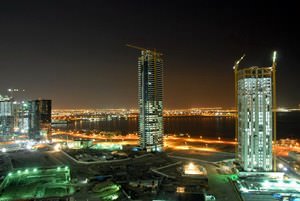 After its collapse, Qatar had been independent for several years and then was forced to become a British protectorate. The country was absolutely independent in 1971. Among the countries of the Arab world, Qatar is considered as one of the most transparent and friendliest ones in respect of the tourism. Travelers come here to enjoy beach entertainments and shopping.
They will have an opportunity to diversify their leisure with more interesting entertainments, for example, camel racing or desert safari. Fans of exotic recreation will be definitely impressed by desert trips that go hand in hand with visiting the Bedouin settlements. Beaches located in the Persian Gulf are considered the most beautiful in the world. They are distinguished by crystal clear water, so they attract fans of diving. It will be very interesting for experienced divers, as well as those who have just learned the basics of this sport, to vacation here. 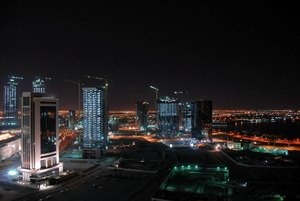 At the coast, there are the most top-rated hotels and entertainment centers. As the tourist sector has started developing Qatar relatively recently, the prices at local hotels are quite reasonable for thrifty tourists. Shopping enthusiasts come to Qatar for inexpensive golden accessories and amazing fabrics of the local production.
The attractive prices of golden accessories are explained by the fact that gold of lower grade is used for them. Despite this, all the items have a worthy quality. It will be also interesting to walk along local shopping malls and look for high-quality textiles. Many tourists prefer buying souvenirs on the market, as there are not only craft items, but also popular Arab spices and sweets. On the market, there is also a huge choice of jewels but you should pay a greater attention to their quality.
This article about iconic landmarks and sights of Qatar is protected by the copyright law. You can re-use the content, but only under the condition of placement of an active link to www.orangesmile.com.

Palaces in Qatar
♥   Palace 'Al Waab Palace' . On the map

Famous and uniques places in Qatar from our review series 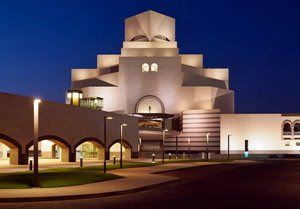 Located in Doha, the Museum of Islamic Art is a cultural landmark of world significance. It is situated in a large and incredibly beautiful modern building, which is considered as a true monument of modern architecture. The exposition of this museum includes an interesting collection of glass and ceramics products, and also jewelry. The age of some exhibits is more than 200 years.

The main values of the museum are the calligraphic texts and the ancient Koran, dating back to the 6th century. The building of the museum, which was executed in the style of ancient Islamic architecture, deserves special attention. The project of the building is unique, today in its walls there is not only an interesting museum, but also a research institute, and a huge library. The total area of the building … Read all 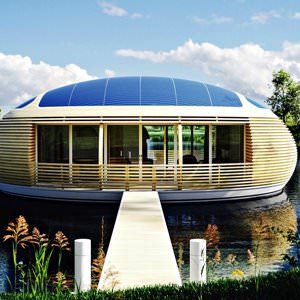 The author of the project of a floating house, which consists 98% of the secondary raw materials, is a world-famous architect and designer Giancarlo Dzema. Built on his project, the house promises to be absolutely safe for the environment. If necessary, 98% of the building material can be recycled. According to the idea, similar houses on water can provide housing for thousands of people in the event of an increase in the world ocean level.

It is likely that very soon there will not be enough land for all people on the ground. The futuristic houses on water will be an alternative to them, which, in terms of comfort, will not be inferior to ordinary ones. The area of the house, which in its form really resembles a nest, is 100 square meters. Among the distinctive features of its … Read all
Country maps 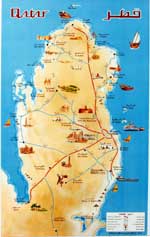 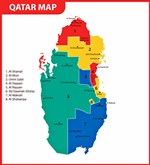 Sightseeing in popular cities of Qatar

Doha
The most famous religious monument of Doha is the State Grand Mosque. It was built relatively recently, in the middle of the 20th century. Now this mosque is one of the largest in the country. Despite its impressive size, it is distinguished by its unique grace. Only adherents of the Muslim faith can access the mosque for worship. All others can only admire its flawless appearance. In the evening, the mosque is also decorated with spectacular lighting. For lovers of nature and outdoor … Read more