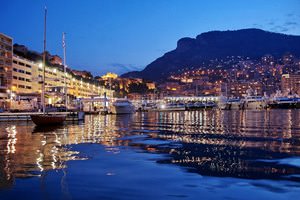 The beautiful Palace Square and the princely palace located on it remain one of the main attractions of Monte Carlo. Every day thousands of tourists gather on the square to watch the ceremonial changing of the palace’s guards. This ritual has become a symbol of the city, whose residents are very sensitive to the traditions and culture. Cathedral of Monaco is another striking architectural landmark of this place. It was built on the site of an old church in 1875. The first religious building on the site of the cathedral appeared in the 13th century. A beautiful ancient organ and a massive throne made of white marble have become the main ornaments of the cathedral.
Top hotels in Monte Carlo for business trip or short vacation
Small Monte Carlo is incredibly rich in high-class hotels. Hôtel de Paris has always been one of the most famous hotels in the city. The luxury hotel is open in a beautiful building that …

Open
Of course, there are more original excursion objects in Monte Carlo. Japanese garden is one of them. Located near the coastline, this is a large project created by talented designers and florists. In addition to plants of wondrous beauty, the garden is decorated with miniature waterfalls, bamboo fences, and stones - just like in a real Japanese garden. There is also a cozy tea house in the garden. This is one of the most attractive and charming places in the city.
Fans of excursions should not forget to visit the world-famous Cousteau museum, which was founded in 1899. The main exhibit of the museum is a huge aquarium, in which the museum’s visitors will find a rich collection of inhabitants of the sea. Besides this, here are housed the collections of exhibits that tell about the work of the great explorer and oceanographer. Prince's Palace also hosts the museum of Napoleon, which is home to priceless historical documents from the First Empire. An excursion in the museum will be greatly enjoyed by numismatists and philatelists - old stamps and coins make up a significant part of the museum’s exposition. Copyright www.orangesmile.com
Shopping in Monte Carlo - main shopping streets, outlets and boutiques
The popular spot with a very stylish name, Golden Circle remains the top destination for shopping. The area has formed around Casino Square and covers several nearby streets. Besides top …

Open
Old Antoine Fort is an interesting place of attraction not only to fans of walks in historical sites, but also to fans of theater. In 1953 the fort underwent a massive reconstruction, after which a beautiful theater was opened in it. Today the picturesque open-air arena can seat up to 350 spectators at a time. There is an unusual 'decoration' on the theater’s stage - the pyramid made of cannonballs, which reminds visitors of the past of the military fortress. A high observation tower is among those buildings that have survived since ancient times. Nowadays it is equipped with a special playground for tourists. 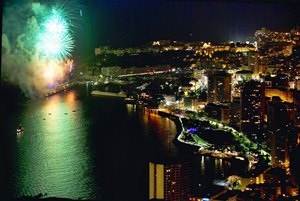 Monte Carlo is not only a favorite place for celebrities, but also the preferred place when it comes to shooting films, where “effectiveness” and luxury are so needed. As a result, luxury hotels like Casino de Monte-Carlo often became a place for shooting “Bond” – so you can see places from the familiar footage from movies such as “Never Say Never”, “Golden Eye” and “Casino Royale”. “Grace of Monaco”, a film about the life of the Princess of Monaco, Grace Kelly, (in a year, she starred in the movie “To Catch a Thief” by Alfred Hitchcock) was shot here. Almost every corner of Monte Carlo can boast of this fact. Hotel de Paris also appeared in the movie “Iron Man 2”.
Guide to Monte Carlo sightseeing - things to see and to visit
Monaco is the capital of the Principality of Monaco. It is located on the French Riviera near the Italian border at the foot of the French Maritime Alps. In the south the microstate is …

Open
By the way, Grace Kelly is loved and honored here. The city has a monument to the Hollywood actress, who managed to become the princess of Monaco as a result of her cold aristocratic beauty, and the church in which she is buried (Cathédrale de Monaco), is a favorite place of pilgrimage for tourists precisely due to this fact. You find too that Prince Rainier III, like many other monarchs, is also buried here. It was here too, that the wedding ceremony between Rainier III and Grace Kelly was conducted. The cathedral aside these events, is also considered remarkable for its architecture. Built in the year 1875, it is a magnificent example of neo-Romanesque style. Saint Paul’s Anglican Church Monaco is another beautiful neo-Romanesque building, built in the year 1925 by the bishop of Gibraltar. 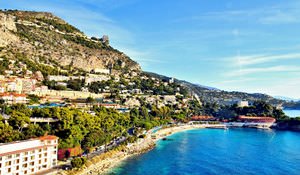 Any tourist will definitely find walking around the Champions Promenade a pleasure, and especially for those who are keen about football. Here, just like Hollywood’s “Walk of Fame”, there are prints of the hands and feet of famous football players. In general, Monte Carlo is a kind of Hollywood for football players and football fans; here everyone will be reminded of this. Staying here on a visit, you can accidentally stumble on the players celebrating the victory (or loss) of a match in any establishment.
Family holidays with kids in Monte Carlo. How to entertain your child, things to show to children.
Monte Carlo is not considered one of the best destinations for traveling with children. That is completely understandable as the city has become internationally famous for its casinos and …

Open
It is definitely taking a walk along the port of Monte Carlo. As a matter of fact, the city seems to open up its “soul” right about here. Stylish yachts, attention-grabbing sculptures, crystal clear water, and the famous Monte Carlo rally (if your visit should coincide with it), will make you wish to stay here forever. In the evening, concerts are often held here. Also in the city there are other interesting museums, except the Museum of Cousteau. We are referring to the Collection de Voitures Anciennes de S.A.S. le Prince de Monaco, which houses the most sophisticated cars of Prince Rainier III, as well as the Musée des Timbres et des Monnaies, which attracts all philatelists, and the Musee Naval de Monaco, where you can see interesting models of ships.

In the section below, you can get one of our excursion, activities or city discovery tours over Monte Carlo and surroundings. Our website offers 10-30% lower ticket prices, when compared to the offline purchase on the spot.

This guide to cultural sights Monte Carlo is protected by the copyright law. You can re-publish this content with mandatory attribution: direct and active hyperlink to www.orangesmile.com.
Monte Carlo - guide chapters 1 2 3 4 5 6 7 8 9
Reference information
Map of all palaces

Public palaces near Monte Carlo
♥   Palace 'The Prince’s Palace' , 0.3 km from the center. On the map

Art galleries in Monte Carlo and around
♥   Art museum 'Musée Matisse' Nice, 11.4 km from the center. On the map

Cathedrals and basilicas near Monte Carlo
♥   Sanctuaire national Notre-Dame Auxiliatrice, Nice, 11.2 km from the center. On the map

Excursions over cultural sights of neighbours of Monte Carlo

Menton
A visit to the Carnoles Palace hosting the Musee des Beaux-Arts at present will turn to unforgettable experience. Among exhibited showpieces of the museum one will find inestimable paintings of artists of the 13th – 19th centuries. The Carnoles Palace was a summer residence of the Grimaldi family in the past. Its territory hosts the largest in Europe citric groves. These are ... Open »
Nice
Chapel of Mercy Fortress is one of the most important architectural landmarks of the city. The construction of the fortress took place during the second half of the 18th century. The main decoration of the chapel is a skillful painting "Mercy of God" which, by assumption of historians, has been made by Louis Brea. It is also worth visiting the ancient Saint Reparata Abbey, the ... Open »
San Remo
The building is of great interest as well. Some halls of the museums are still decorated with astonishing ancient fresco paintings. Among the showpieces of the museum collection visitors will find archeological findings of the Roman Empire epoch as well as objects of art. A crown of the museum exposition is a collection of works by Mauricio Karregi which were created by the ... Open »
Cannes
During their walk tourists can climb to the top of the hill. Several centuries ago the hill was the location of a powerful fortress. Unfortunately, the historical building didn’t survive to modern times, but this place still attracts curious travellers who come there to enjoy beautiful panoramic views of Cannes from above. We simply cannot fail to mention numerous museums ... Open »
Saint-Tropez
At present a part of the fortifying construction is taken with the Naval Museum which was established in 1958. The museum acquaints its visitors with great marine past time of the city of Saint Tropez as well as gives a deep insight into the life story of sailor Suffren who gave his name to the mentioned above palace. Another recommended object to include in the city ... Open »
Liguria
Portofino can boast a very interesting medieval monument, Castello Brown fortress. It is impressive and features the great interior decoration. Travelers can stroll through the spacious halls of the fortress and admire its beautiful frescoes, some of which were painted by Giulio De Rossi and Raffaelino. The town of La Spezia is the seat of an important religious monument, the ... Open »

Culture guide to Monte Carlo. Which fascinating sights to visit once you are in Monte Carlo: temples, churches, museums, theaters and castles. Recommendations (with addresses, phone numbers and links) on the places 'must visit' in Monte Carlo. Plan your own city excursion by using this page info!