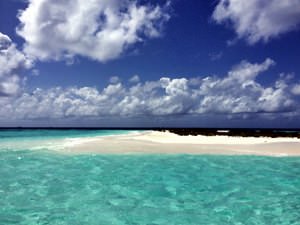 Initially, Maldivian cuisine was based on rice, fish and seafood, lime and coconut. Gradually, other cultures have contributed to the food preferences of the islanders. Indian and Arabic spices, traditions of Islamic culture that prohibit the use of strong alcohol and pork - all this today is a feature of Maldivian cuisine.
Authentic traditions, festivals and lifestyle of Maldives Island inhabitants
Despite the fact that the islanders were adherents of different cults for centuries, today the official religion of the country is Islam. For more than 8 centuries, almost all Maldivians …

Open
Vegetables are rare in dishes, but onions are an ingredient in many dishes. Most often onion is fried and added to different dishes. Meat is hardly used in local cuisine, and chicken is generally cooked only on special occasions. Many dishes are made of fish, as there is a large number of sea creatures in the ocean waters surrounding the island. First of all it is tuna. It is cooked on the islands in different variations, but the most delicious fish is cooked on an open fire. The dish called Fihunu Mas is a small tuna, grated with spices and roasted on a spit or grill.
Coconut is actively used in the local recipes. The most common fruit among locals are bananas, papaya, mango, pandanus, pineapple and grapefruit.

As bread you can often find roshi-small cakes, similar to Indian roti or chapati. Copyright www.orangesmile.com
Excursion over cultural sights of Maldives Island - 'must visit' points of interest
Maldives, like many tropical Islands, are not rich with a large variety of cultural attractions or museums. But amazing natural objects won’t leave anybody indifferent. In addition to …

Open
Talking about traditional dishes, you should definitely try garudiya-a spicy fish broth, which is served as a separate dish with pieces of fish and rice as a supplement. Rihaakuru is a very unusual dish - a thick mass formed after boiling fish broth. Be sure to try famous local fish pie. Kulhi boakibaa has quite unusual taste. It is pie stuffed with coconut and boiled fish. 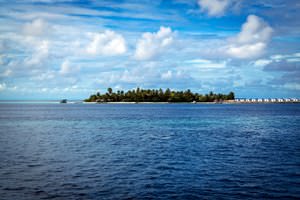 Rice is most commonly used as a side dish, as well as tapioca, taro root and sweet potato. They are most often fried or baked.

Depending on what else is added to the dish, it becomes a side dish or a dessert. The commonly used ingredient on the Islands is breadfruit. Its fruits are used for making dessert dishes, side dishes or curries. Theluli faa Banbukeyo is a common dish here. It is a snack made of breadfruit fried in coconut oil.
Your active city break in Maldives Island. Attractions, recreation and entertainment - best places to spend your day and night here
Maldives are one of the most popular diving destinations. The islands have excellent conditions both for professional divers and for newcomers. Almost all of the resorts have their own …

Open
There are also unique desserts that you need to try for sure. First of all, it's a banana pie Dhonkeyo Kajuru: a mixture of flour , coconut, bananas and sugar fried in oil. It is very sweet and at the same time unusual. Another dessert made of the breadfruit tree with the addition of coconut and sugar, the consistency of this dish resembles a sticky pudding called Banbukeyo Bondibai. The dish is not for every taste but you should definitely taste it. Rice pudding with cream of coconut milk Handulu Bondibai is a delicious local dessert. 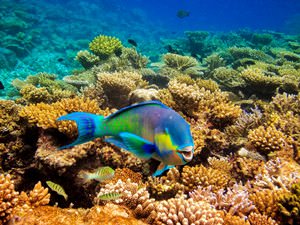 Mashuni dish is very popular breakfast on Maldives. It's smoked tuna mixed with spicy mashed onions, pepper and salt, with lemon and coconut pulp. It is usually served for breakfast with Roshi bread. Baked masroshi dish is made of the same ingredients. It sounds a little unusual, and the taste is quite special but don’t miss the chance to try this local delicasy.
Advices to travellers: what you should know while being in Maldives Island
1. Maldives have a very mild, comfortable climate. Temperature doesn’t change here a lot during the year, but there is still the rainy season. It is better to go to Maldives from …

Open
Theluli Mas is spicy fish, fried to a delicious crust, pre-marinated in a special blend of spices. Garnish is usually rice, bread or vegetables.

The most popular soft drinks are juices, coconut milk, palm juice and local drink "suji". It is local sweet tea, usually served with milk. Coffee is found everywhere, but is quite expensive. There will be no shortage of alcohol and cocktails in hotels. You can also buy alcohol in duty-free. Locals don't sell it in stores. 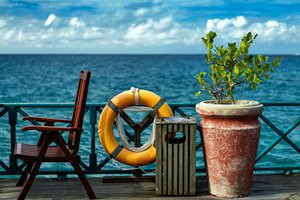 Restaurants are quite diverse here, from Asian to Russian. Indigenous islanders are most often found in small eateries or tea shops. You will find excellent desserts and a huge selection of tea in the restaurant Family Room Cafe (Hulhumale Island).
Best beaches and recreation areas around Maldives Island
Guests of Maldives enjoy beach vacations, as there’s everything for upscale rest. Literally each atoll has beach places and many of them are converted into first class resorts. The …

Open
The most unusual restaurant on the Islands is the Ithaa underwater restaurant at «Hilton Maldives Resort and Spa». Despite the high cost of food and an additional fee for visiting the restaurant, tables here are booked for a month in advance. The atmosphere in the restaurant is amazing, and people come here not so much to eat as to admire the seascapes. It is located in the Ari Atoll archipelago on Rangali Island. 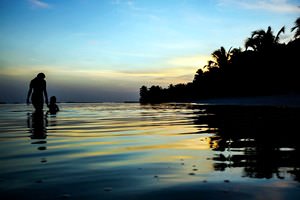 One of the restaurants with big windows allowing you to admire the underwater world of Maldives is Subsix, it is located on Dallow Atoll. Sea.Fire.Salt.Sky restaurant can be found on Kihavah Juravli (Baa Atol).The latter offers excellent desserts.
Top hotels in Maldives Island for business trip or short vacation
Hotels of Maldives are associated with luxury and prestige. However, there are not only expensive accommodation places in the archipelago. Male features the majority of hotels; the unique …

Open
Those who prefer Asian cuisine should visit Sala Thai Restaurant on Male island.Those who love African or Mexican food should go to Tribal restaurant on Niyama island. Several interesting restaurants are located on Male Island. Aïoli Restaurant offers a great view of the ocean and a romantic atmosphere. You will find delicious desserts and simple inexpensive dishes in the coffee shop on the shore of Shell Beans.

This guide to cuisine and restauraunt in Maldives Island is protected by the copyright law. You can re-publish this content with mandatory attribution: direct and active hyperlink to www.orangesmile.com.
Maldives Island - guide chapters 1 2 3 4 5 6 7 8 9 10

City tours, excursions and tickets in Maldives Island and surroundings

Rihaakuru is a thick fish paste. Its color varies from light to dark brown. Pasta has been a daily dish of Maldivians since ancient times. Cooking pasta does not require much effort. However, this is a fairly long process. Tuna is cooked with salt for many hours. Then the tuna is removed. Fish soup continues to cook until it finally thickens. Pasta is eaten with Roshi bread, rice, Taro leaves or breadfruit. A more delicious version of the paste is called theluli rihaakuru. It is obtained by adding fried onions, curry leaves and chili. A dish called rihaakuru diya is obtained by adding coconut milk to the paste. … Open

Searching where to eat - restaurants and cafe on Maldives Island map

Cuisine and restaurants in the neighbours of Maldives Island

Male Atoll
As there is no alcohol on the Maldives (forbidden by Islamic laws), the main drink here is tea. People make it very sugary and with a decent amount of milk, so it then appears to remind the Indian Masala chai. What about coffee, you can order it in every café, but it’s rather expensive, just like any other imported products. On the other hand, you should definitely buy ... Open »
Colombo
Colombo’s traditional cuisine is very similar to the classic Indian but with some interesting features. The local menu is based on curry and rice dishes, which have become everyday for locals. Such dishes are among the most affordable, you can try them in any restaurant. Curry can be cooked with chicken and pork, sometimes vegetables are added to the dish, and the most ... Open »
Bangalore
Samarkhand restaurant is simply a perfect place for a romantic rendezvous. Among the signature dishes of the restaurant are many various meat dishes. Marinated mushrooms are considered a real "highlight" of the restaurant. The local chefs prepare them in accordance with a special recipe, which is kept in secret. Resisting the divine aroma and taste of these mushrooms is simply ... Open »
Chennai
Those who want to enjoy the classic Indian cuisine have to choose the Annalakshmi restaurant. There is always a very noisy and lively atmosphere in it; it is a great place for a great company. Budget travelers will be pleased with the price policy of Annalakshmi. Among the Thai restaurants, Benjarong remains the most attractive one. A large selection of vegetable dishes and ... Open »
Goa
There are many vegetarians among locals and some allow themselves to eat meat dishes only a few times a week. Delicious seafood is a perfect replacement of meat; all national restaurants will offer it. Fairly common treat is Codd, curry with seafood, which will certainly appeal to those accustomed to European cuisine. Curry lovers will have an opportunity to taste hundreds of ... Open »
Bombay
One of the most prestigious eating destinations of the city is considered to be The Taj Mahal Palace restaurant. The eating house stuns its visitors with luxurious design of the interior and a vast choice of dainty dishes. It is safe to say that the restaurant menu offers excellent dishes for every taste and fancy. Despite the price tags in the menu of the eating house being ... Open »