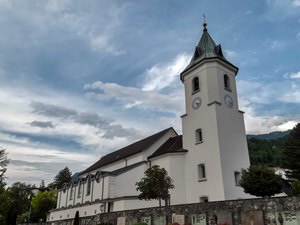 Despite the fact that Liechtenstein is a dwarfish state and has access to limited reserves of natural resources, it is considered as an economically developed industrial country that excels in marketing and guarantees its citizens a decent standard of living. In general, Liechtenstein’s economy is diversified and is divided into a large number of different small enterprises. In order to create the most comfortable conditions for the development f business within the country, the government reduced tax rates, which now amount to a maximum of 20%. They also simplified the registration scheme for new business units.
The soul of Liechtenstein - religions and languages
The official language of Liechtenstein is German. Statistics show that the principality is the smallest state in Europe, in which the German language …
Read further
It is worth noting that there is a shortage of labor in Liechtenstein today. This led to the development of manufacturing industries and the steady growth of small businesses in the territory of the principality. In total, more than 32,000 people are today employed in various spheres of activity, and this is despite the fact that at least 12,000 of them are not citizens of Liechtenstein and come to work daily from Austria and Switzerland. The most able-bodied population is employed in the service sector, about 40% are employed in the industrial sector and less than 2% are employed in the agricultural sector. A significant contribution to the development of the economy is made by the tourism sector. Thanks to the peculiarities of the climatic zone and relief, the country has created the most comfortable conditions for the development of ski resorts, which now enjoy incredible popularity. Many of them have no equal in the world.
The agricultural sector is focused on the production of meat and dairy products, which mostly satisfy the needs of the local population. In some cases, the surplus is exported. In addition, the country grows various grains, as well as potatoes and some vegetables. In view of the favorable climate, Liechtenstein was able to develop winemaking. On the slopes of the mountains grows lots of grapes of different varieties, and next to the valleys are wineries. Most of their products go to the domestic market and less than half to export. It should be noted that the manufacturing industry has developed well on the territory of the country. Precise mechanical engineering has been actively developing for the last eight years. Swiss companies invest in this sector, and they also open their branches in Liechtenstein. Copyright www.orangesmile.com
Liechtenstein sightseeing - top places to visit
The size of this unique European country is smaller than many capitals. Despite that, Lichtenstein never ceases to amaze its guests with its …
Read further
It is worth noting that the country dwarf is one of the advanced manufacturers of dental prostheses made of ceramics. Besides this, the country produces high-quality surgical instruments, as well as tools that are used for making jewelry, electronics and microelectronics. The automobile manufacturing industry in Liechtenstein is not developed, so most cars are purchased from neighboring Germany, Austria or Switzerland. To date, the country’s economy largely depends on foreign markets. The exported products include ceramics, postage stamps, which make a significant contribution to GDP, as well as precision instruments and electronics. The main countries with which Liechtenstein conducts trade relations are members of the European Union, as well as Switzerland, with which an agreement on a common economic and trade area was concluded about 100 years ago. 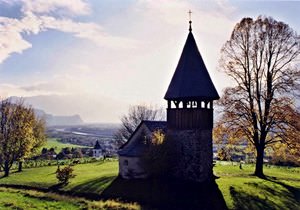 In the field of imports, in addition to cars, food products, textiles, as well as metal structures and machinery are predominant. The main import partners are also the countries of the European Union and Switzerland. It is worth noting that, regardless of its size, the principality managed to achieve development in the export sector. So today, the cost of export is at least three times higher than the cost of imports and the income from it is about $2.7 million. Due to the low percentage of taxation and comfortable conditions for business registration, many foreign companies register their organizations in Liechtenstein. Such a policy also contributes to a significant economic growth and makes an invaluable contribution to GDP.
Best visiting periods - the climate of Liechtenstein
Liechtenstein has a temperate continental climate. Some regions are characterized by the alpine climate zone which softens under the influence of wet …
Read further
The transport system of the country is focused exclusively on transit transportation. The main railway line of Liechtenstein connects Zurich and Innsbruck. Due to the fact that Liechtenstein is located between large and economically successful countries, transit by roads and railways generates a very high income. Despite the fact that Liechtenstein’s monetary policy is aimed at stabilizing the financial situation of the country, there has been a significant budget deficit in recent years; spending exceeds revenues by at least $200,000. To date, GDP per capita is $27,000. The inflation rate is about 0.5% and unemployment rate is 1.8%.

This article about Liechtenstein economics is protected by the copyright law You can re-use the content, but only under the condition of placement of an active link to www.orangesmile.com.
Liechtenstein guide chapters 1 2 3 4 5 6
Country maps