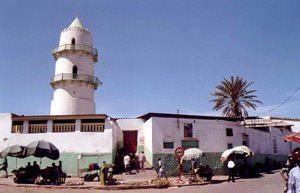 This African country was unknown for the majority of tourists for a long time until recently, when it was named an emerging travel destination by many respectable magazines. As the political unrest in Djibouti has calmed, unusual nature and interesting nature landmarks of the country never cease to attract travelers. Rest in Djibouti can be varied and includes surfing and water skiing, windsurfing in the desert, and observing nature and historic landmarks of the country.
The country has hot climate with mostly absence of water, but there are two lakes closer to its central part. Lake Asal is known as the lowest point in Africa and the third lowest point in the world. The crater lake with salt water, which is a part of the Afar Depression, lies as deep as 153m below the sea level. The concentration of salt – 34.8% - is even higher than in the Dead Sea. There is one more salt water lake in the country, Lake Abbe. The lake has quite a cosmic view with its 50m high chimneys made of limestone and steam coming out of them. The reason of the steam is Dama Ali volcano located on the northwest side of the lake.
The capital of Djibouti, the city of Djibouti, is a large sea port and both cultural and economic heart of the country. Here visitors are recommended to visit Marche Central of the central market. The market is open early in the morning and doesn’t close until late afternoon. This is a wonderful place to see bustling city life, locally made goods and souvenirs, hawkers and outlets that sell nearly everything. Other popular landmarks in the capital include the Presidential Palace and Hamouli Mosque. Finally, Djibouti beaches are a great way to relax during a hot day. Copyright www.orangesmile.com
Other regions of the country also hide many interesting places. The Goda Mountains are the location of the Tomb of Sheikh Abu Yazid. Fans of diving and snorkeling should head to Tadjoura, where they will be able to enjoy coral reefs and beautiful underwater life. The city is also one of the easiest places in the world to spot stunning whale sharks. 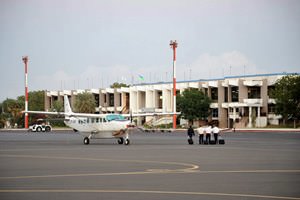 If you want something unusual, try a desert safari and ride a camel among sand dunes. Finally, there are different entertaining activities offered on local beaches. Some of them are quite unusual like kite flying, which is very popular with local people.

The territory of the tiny African country started to be inhabited in the prehistoric period. Here lived nomadic tribes. The first state systems here appeared in the 4th-6th centuries. Consequently, they all became a part of the Kingdom of Axum. The turning point for the Kingdom was the dissemination of Islam. In the 7th century, it was under Arab sultans. 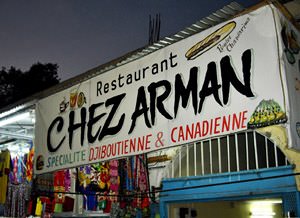 At the beginning of the 16th century, the territory of the country was conquered by the Portuguese but European colonizers could not retain control over the new lands for long. Already in the 17th century, Arab sultans retained their power. In that period, the natives of Djibouti were nomadic. As Arabs had a great impact on them, trade has dynamically developed. In the second half of the 19th century, the country was regularly visited by the Europeans.
In 1862, Sultan Adala concluded a contract, according to which the entire territory of Djibouti comes to France. At the turn of the 19th-20th centuries, many large cities, including the present capital of the country, were formed. In the colonial period, the country saw multiple civil wars that came to an end only when it gained independence. Djibouti became an independent country in 1977.
This article about iconic landmarks and sights of Djibouti is protected by the copyright law. You can re-use the content, but only under the condition of placement of an active link to www.orangesmile.com.

Famous and uniques places in Djibouti from our review series 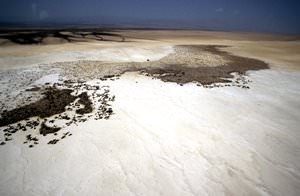 The tiny country Djibouti, whose almost entire territory is the desert, is a site of the Afar Valley - the second-lowest valley on Earth. It is located 155 meters below sea level and has the variable depth that depends on the shore line of Lake Assal. The shores of the lake are the deepest in Africa. The nearby Tajur Golf feeds the water basin with the underground streams even in the drought.

Frequently, Afar Valley is considered as a single whole with nearby Denakil Tiefland. They belong to the unified natural formation. Only the border between two African states - Ethiopia and Djibouti divides these valleys. The numerous sea and lake deposits attract many researchers to this area. It is the worthless material that can throw on developmental features of sea fauna.

The hike through … Read all
Country maps 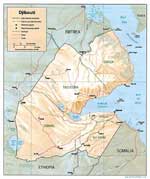 Sightseeing in popular cities of Djibouti

Djibouti City
Those who do not want to leave the city should go on an excursion to the Hamoudi Mosque. This large mosque was built in 1906. The building painted in a snow-white color, looks rather modest and at the same time very majestic. Up to 1 000 people can be accommodated at once within the walls of the mosque. It is built in such a way that even at the height of a hot day, the mosque retains a pleasant coolness. Many elements of the ancient mosque remain in their original form after more than a … Read more