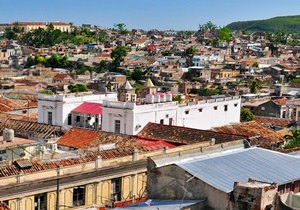 A miraculous country that once built “communism near the shores of America” now attracts its numerous guests with high-class hotels, excellent beaches, various water-based entertainments, and fabulous historic and natural landmarks. Some tourists visit Cuba in order to try diving, and some come to try authentic Cuban rum and cigars. Here, tourists can dance salsa at Havana waterfront, visit the favorite bar of Ernest Hemingway, relax at the legendary Varadero Beach, feed local iguanas, and participate in fancy national festivals.
National cuisine of Cuba - specialties, recipes and restaurants
Cuban cuisine is an interesting combination of Spanish and African traditions. For a long time, Spanish colonizers owned Cuba, and slaves from …
Read further
Cuba is one of the youngest countries in the world. Only Indian tribes that were mostly involved in hunting and agriculture lived here until the 16th century. Christopher Columbus was the first European adventurer who landed on a Cuban shore in 1492. At the beginning of the 16th century, Spanish conquistador Diego Velázquez de Cuéllar conquered Cuba and became its governor. He built the first fort on the island, and there were already seven first settlements close to it in 1514.
The colonization period was full of fighting between the indigenous people and European conquerors. In the 15th century, more than one million Indians died during these fights. Starting from the 19th century, the freedom movement emerged in Cuba. The main aim of rebels was to make Cuba independent from Spain, but residents of the country could achieve that dream only in 1898. Right after obtaining freedom from Spain colonizers, Cuba quickly becomes dependent on the United States. Nowadays, for many people the history of this country is tightly connected with the name of Fidel Castro, an outstanding revolutionary and politician. After dozens of wars and revolutions, modern Cuba is a developing country that has managed to retain its unique culture. Copyright www.orangesmile.com
National traditions and mentality of people in Cuba
Cuba is the largest island in the Caribbean Sea. It is located in the north-west of the sea. They say that Cubans have hard lives. This is a …
Read further
The capital of Cuba – Havana – has the biggest number of symbolic historic landmarks. This is the location of the National Capitol Building, an amazing landmark built from marble and limestone. Just like many years ago, the building is actively used for important political events. Not far from the capitol, there are such landmarks as the gorgeous cathedral and the old Colon Cemetery that is now also an important archaeological landmark. 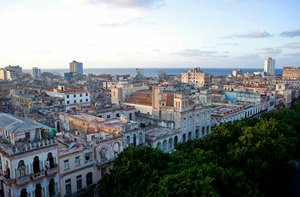 Do you want to get acquainted with the cultural traditions of Cuba? Then simply visit the picturesque town of Trinidad. The historic villa, Casa de la Trova, is one of the main symbols of this town. Just like some other buildings, this villa was transformed into a cultural center that now hosts dancing lessons and various folk performances. That being said, a simple walk on the streets of Trinidad is a fantastic way to feel the inimitable national atmosphere of this place. Street artists and dancers perform right on the ancient squares of this town. Sometimes, they perform right in the middle of busy streets, causing traffic jams.
Cuba cultural sights. What to see?
The majority of Cuba’s cultural landmarks are located in Havana, the capital of the island country. Besides these sights, tourists enjoy exploring …
Read further
In the past, there were many casinos in Cuba. After the revolution, colorful cabarets opened instead of gambling houses. Even nowadays, these cabarets are very popular with locals and tourists. Every evening, they lure their guests with neon signs, promising fantastic dancing shows, delicious food, and fun. Tropicana Cabaret in the capital is one of the most popular venues in Cuba. 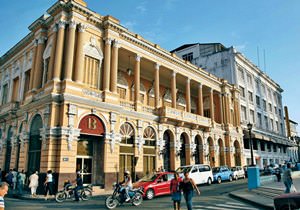 Partagas, a famous tobacco factory, is located not far from the capital. This is a must-visit destination for everyone who cannot imagine their life without quality tobacco. Tourists can attend interesting excursions to this factory. There is also a specialty store that offers not only tobacco but also different accessories for smoking.
Things to do in Cuba - active leisure
Active recreation implies movement, leisure sunbathing is rarely a part of it. Still, many interesting activities imply visiting local beaches and …
Read further
Havana Club is recognized as the most famous rum distillery in the country. Nowadays, it is also open for excursions. There is also a rum museum in the distillery, and, naturally, no excursion to the museum is possible without sampling finest rum. There is an excellent shop near the museum where visitors can buy worthy additions to their home bars. 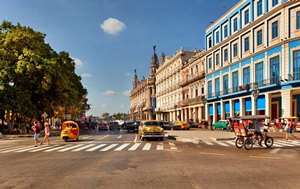 It is not easy to reach Cuba from the neighbor United States. Many other countries have a well-established air connection with the country. Flights by Air France connect Cuba and Paris, and KLM has regular flights to Cuba from Amsterdam. For many years, Cuba has regular air connection with Russia with flights departing from Moscow. In Cuba, there are four international airports, so the country can accept daily international flights. Airplanes departing from Frankfurt are one of the cheapest ways to reach Cuba for travelers from Europe.

This article about iconic landmarks and sights of Cuba is protected by the copyright law. You can re-use the content, but only under the condition of placement of an active link to www.orangesmile.com.
Cuba guide chapters 1 2 3 4 5 6 7 8 9 10 11

Famous and uniques places in Cuba from our review series 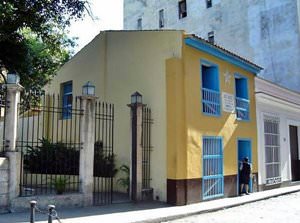 You can visit the museum in the capital of Cuba. It is dedicated to the national hero, writer, and public figure Jose Marti. He died during the battle with Spanish troops in 1885. It is dedicated to a national hero. The museum is located in a beautiful 19th-century building. His mother and children lived in this house for a long time after the death of the poet. The entire house was purchased by the city authorities in 1901. The opening of the museum dedicated to Jose Marti took place much later, in 1925.

The building has been completely restored. You can see antique furniture, works of art, and unique historical artifacts among his cabinets today. For example, an inkwell and a fountain pen made of ivory are stored here. They were used at the signing of the Manifesto of Montecristi. A … Read all

Old Havana and its Fortification System 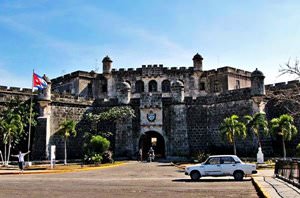 Those who love exploring the historical sights more than natural ones, definitely have to go to Havana. The historic center of the city houses an incredible amount of historical and cultural attractions. The very first settlement on the site of the Old Town was founded by the Spaniards in the early 16th century. The center of the historic district of Havana is the Malecon. It was founded in 1902; the length of the promenade is about 5 km. This is where the most prestigious hotels in the city, popular casinos and restaurants, as well as some amazing monuments and an observation tower of the 18th century are situated.

La Cabana fortress complex remains the leader among the most visited historic sites in Havana. It was built in the second half of the 18th century. It has been perfectly … Read all 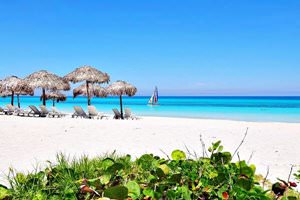 It won’t be difficult to find a fabulously beautiful beach for an unforgettable holiday in Cuba. A wonderful option is the popular beach of Varadero. It is located in the eponymous resort town that became popular among tourists in the late 19th century. Covered with white sand, Varadero beach is one of the cleanest and most picturesque in the world. That was the reason for the resort to be listed as a UNESCO World Heritage Site.

Despite the enormous popularity, you won’t see a huge number of sun loungers at the beach. The reason is its unique white sand, which even in the midst of a hot day is comfortably warm. Thus you can sunbathe just lying on the sand. There are several large hotels at the coast. Their employees carefully watch over the purity of the coast.

One of the most … Read all
All unique sightseeing Cuba

Sightseeing in popular cities of Cuba

Havana
Spanish colonizers were the founders of this city. Before their arrival, American Indians lived in this territory. In 1519, the Spanish captured this region and started colonizing the land and indigenous tribes. Attacks, epidemics, and hunger completely wiped off the indigenous population. Havana was officially founded on September 16, 1519. In the 60s of the 16th century, Havana became the center of Cuba. Two centuries later, the British attacked the city, but they had to return Cuba to the … Read more